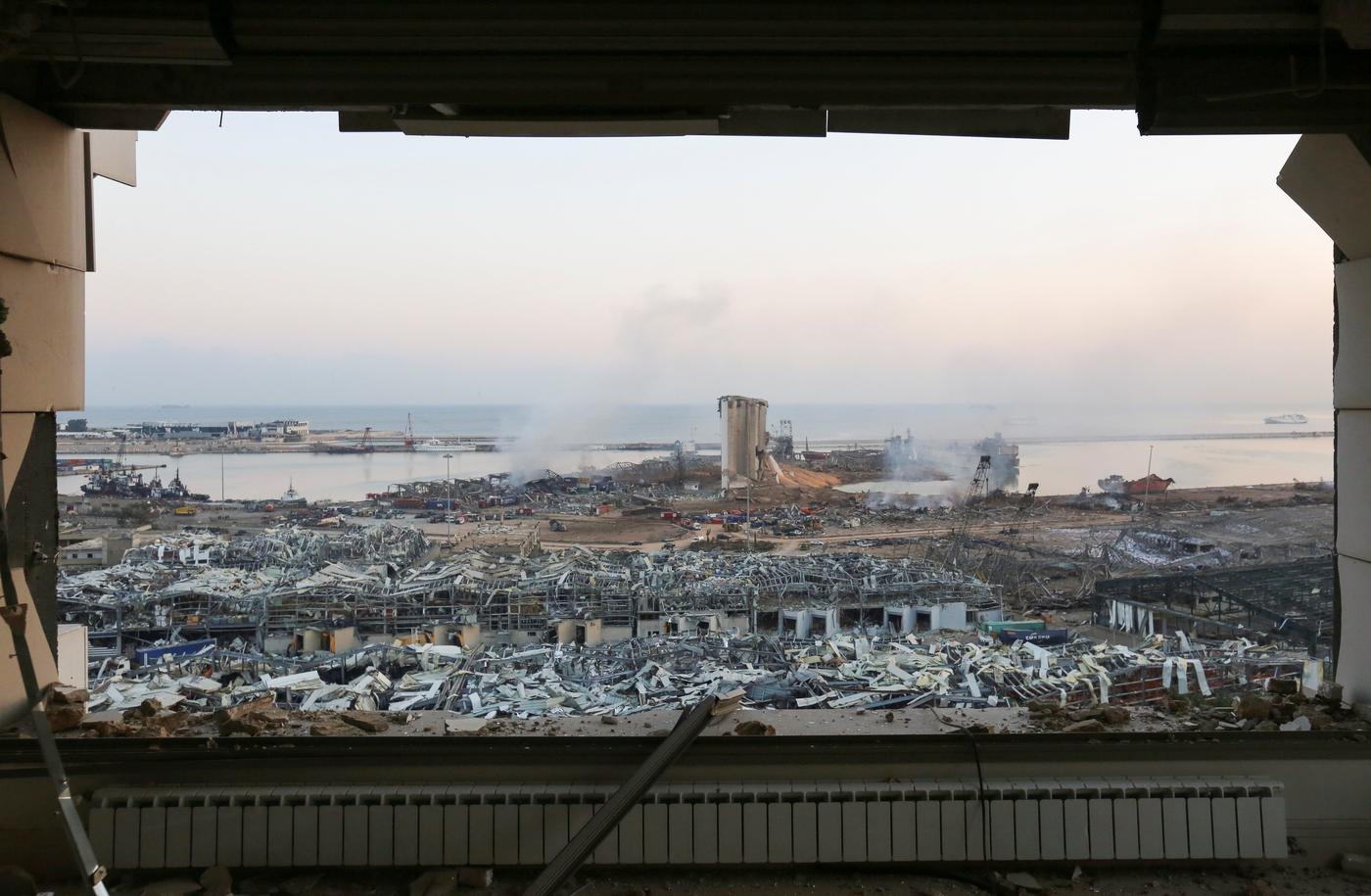 Umar here from MEE's US team. Here's a wrap-up of the latest updates.

We’ll be bringing you updates on the latest developments. For the latest up to date information on the fallout from Tuesday's port blast, follow us on Twitter at @MiddleEastEye and Facebook at https://www.facebook.com/MiddleEastEye/.

The Lebanese ambassador to Jordan has announced her resignation following the seismic blast that ravaged Beirut, and said that "total negligence" by the country's authorities signalled the need for a leadership change.

Tracy Chamoun's resignation is the second by a Lebanese official since the explosion that killed more than 130 people, wounded at least 5,000 and destroyed entire districts of the capital.

#Lebanon's ambassador to Jordan, Tracy Chamoun, has resigned, saying she can no longer represent this state.

"The least that those in power can do today, after what happened, is to resign."

In order to "avoid any repetition of what happened in Lebanon", Iraq announced on Thursday it will create an inventory of all hazardous materials at ports and airports.

An emergency committee led by the head of Iraq's border agency said it had been tasked with carrying out the job and had given itself 72 hours to complete it.

Iraq also said it would deliver shipments of oil and wheat to Lebanon after the blast had destroyed the port's silos, where some 15,000 tonnes of wheat were stored.

Lebanon has witnessed a record increase in new confirmed coronavirus infections in a single day with 255 new cases reported on Thursday.

A health ministry statement said the new tally brings the total number of reported cases to 5,672 and 70 deaths.

The pandemic had deepened the country's financial woes, with lockdown orders to prevent the spread of the virus plunging the country further into economic depression.

Health Minister Hamad Hassan had warned that coronavirus cases will rise after the port blast, which left thousands homeless.

"Due to the emergency and panic, I am worried that treating the wounded in hospitals and the loss of personal protection equipment supplies may have an impact on the number of coronavirus patients in the next 10 days," Hassan said earlier on Thursday.

President Emanuel Macron said there will be an international donors conference for Lebanon "in the coming days" to secure aid from the United States and Europe in order to help Lebanon deal with the aftermath of the port blast.

Speaking at a news conference after meeting the country's leaders, Macron warned, however, that the world will not hand a "blank check" to Lebanese politicians whom he said have lost their popular legitimacy.

"The money is there for Lebanon; it's just waiting for the internal reforms to be implemented," he said.

The french president concluded his remarks by saying "I love you Lebanon" [bhebak ya Lobnan] in Arabic.

- French President Emmanuel Macron has called for a new political pact in Lebanon as he told protesters that any aid that comes from France will not go to the 'corrupt'.

- Angry crowds met Macron during his tour of areas near the Beirut port, as they chanted for the fall of Lebanon's political leadership and dubbed Lebanese President Michel Aoun a "terrorist"

- Lebanon's central bank has ordered local banks to give individuals and local businesses impacted by the Beirut bomb blast cheap US dollar loans at zero interest, but those loans will be paid back over five years.