Live
LIVE BLOG: Battle for Aleppo
Latest updates on the battle for Aleppo as fighting intensifies between rebel and government forces in Syria's second city 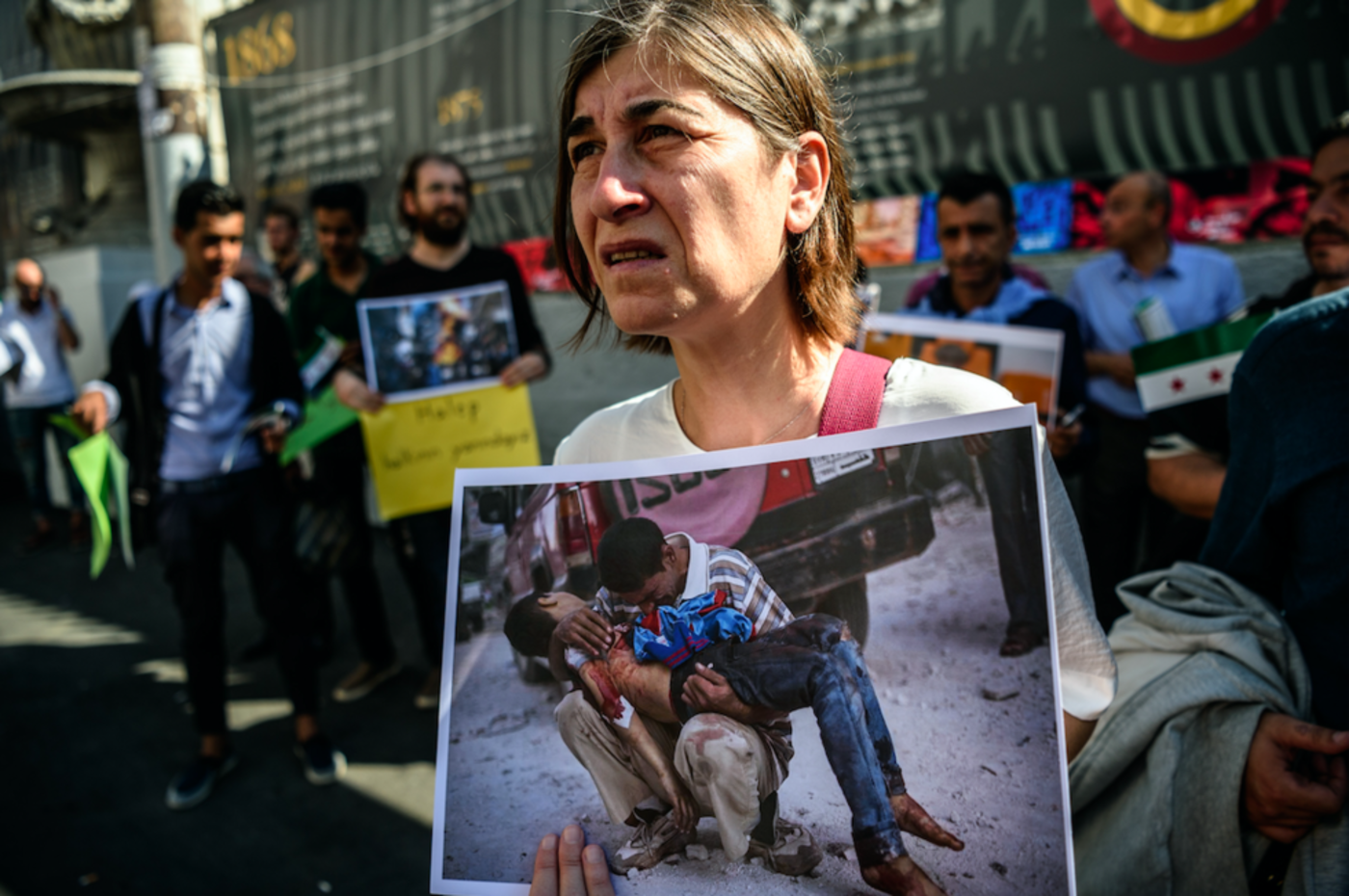 Activists block entrance to Russian embassy in London
4 years ago

Syrian activists on Monday blocked the entrance to the Russian embassy in London in protest at the Russian government's support for Bashar al-Assad in Syria and their bombardment of the city of Aleppo.

Activists affiliated to the Syria Campaign and Syria Solidarity UK constructed a barrier constructed of fake arms, while two activists purportedly chained themselves to the gates

Activists blocking the gates of the @RussianEmbassy in #London because of Russian plans to 'annihilate' and 'cleanse' besieged east #Aleppo pic.twitter.com/3VPK7WRpq9

“We’re here because innocent children are being killed in their beds, while doctors are being bombed just for trying to save the lives of others," said John Dunford from the Syria Campaign, one of those chained, in a statement. "The Russian government and the Assad regime are committing these war crimes in Aleppo and things could be about to get even worse."

“We will not stand by and let this happen. This is a test of our shared humanity, a line we cannot cross. It shouldn’t be up to activists like me to say this - the UK government should be doing far more to protect the innocent and stand up against this barbarity.”

A spokesman for the Syrian American Medical Society told Middle East Eye that the M10 hospital was "completely destroyed" after weeks of bombardment.

The hospital was targeted by Russian and Syrian government warplanes approximately seven times in the last week.

SAMS supported medical facilities have been on targeted numerous occasions by the Syrian government and Russian air-force.

The announcement comes nearly two weeks after declaring an all out assault to capture the city.

The United States on Monday suspended negotiations with Russia on efforts to revive a failed ceasefire in Syria and set up military co-ordination to target militants.

"This is not a decision that was taken lightly," State Department spokesman John Kirby said, accusing Russia and its Syrian ally of stepping up attacks on civilian areas.

We are suspending our participation in bilateral channels w/ Russia that were established to sustain CoH in #Syria: https://t.co/pZ5USDo9Rn

The M10 hospital in east Aleppo was hit by a suspected bunker buster bomb this morning.

A spokesman from the Syrian American Medical society said that one repairman was suspected dead from the attack.

Sources however in east Aleppo have told Middle East Eyen have said that three civilians were killed in the attack.

The hospital is still currently out of service and undergoing repairs after it was bombed last week by artillery shells fired by Syrian government militia groups.