Live
LIVE BLOG: Chilcot as it happens
Sir John Chilcot's inquiry into Britain's war in Iraq has been published, more than seven years after it was first commissioned 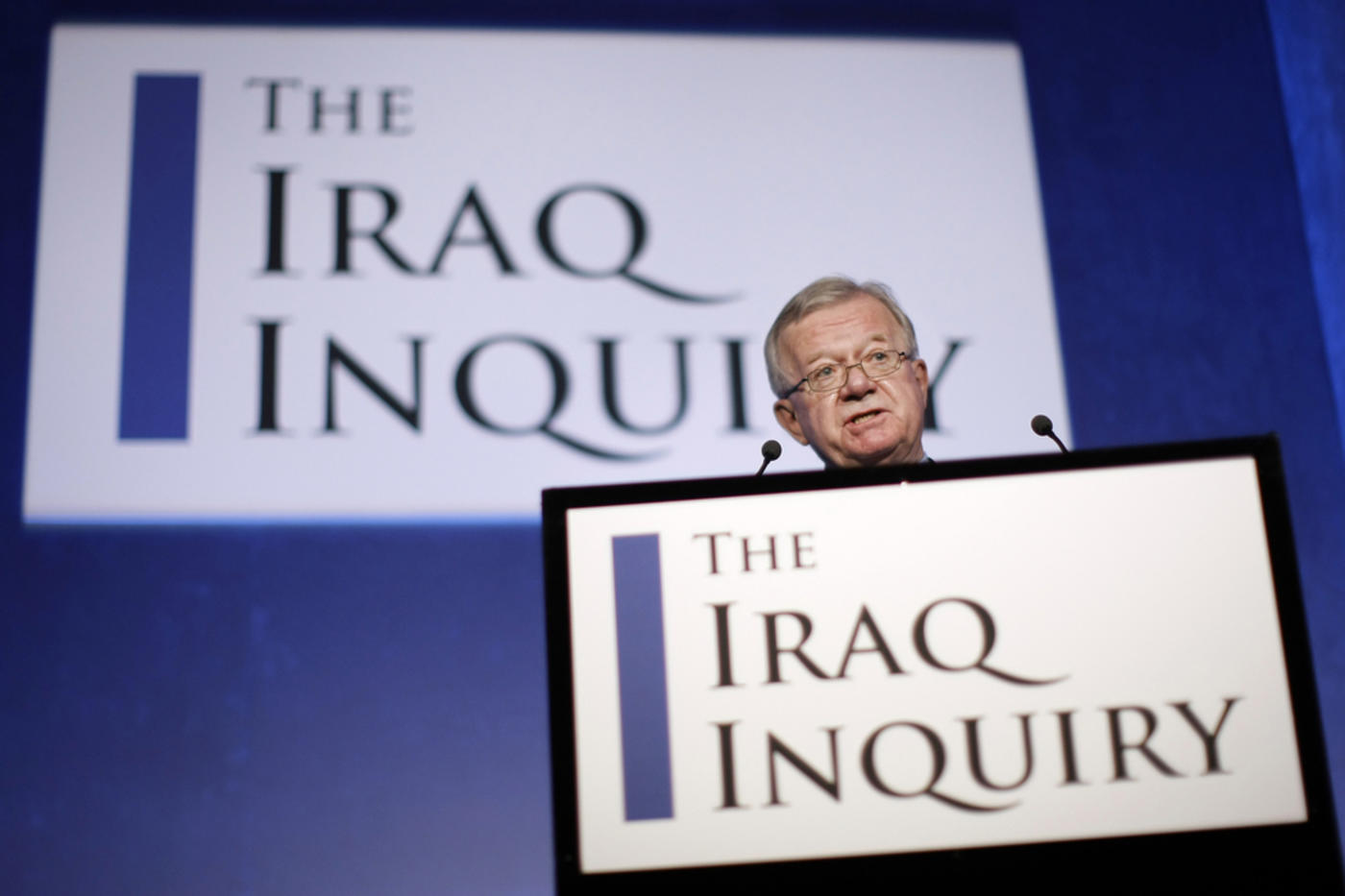 The long-awaited report by Sir John Chilcot, probing why Britain went to war in Iraq and what lessons can be learned, was released on Wednesday.

The report has taken seven years to complete and has cost £10m.

Iraqi refugee Kais Al-Dabbagh told MEE's Charles B. Anthony that he had been "waiting nearly 13 years for an apology".

"It is a relief to see the leader of the Labour party to apologise and I'm really appreciative of Mr Corbyn of this" said Dabbagh who had lost two cousins during the Iraq war.

MEE's Charles B. Anthony is live at the Labour Press Conference where Jeremy Corbyn is making a statement in reaction to the Iraq Inquiry. Click here to listen live.

The secret memo revealing Blair's support for war
4 years ago

Among the thousands of pages published today, one memo has attracted particular attention.

Sent from Tony Blair to George Bush in July 2002, 'Note on Iraq' starts with 'I will be with you, whatever' and ends with 'But the crucial issue is not when, but how'.

Read a breakdown of the rest of the memo here. 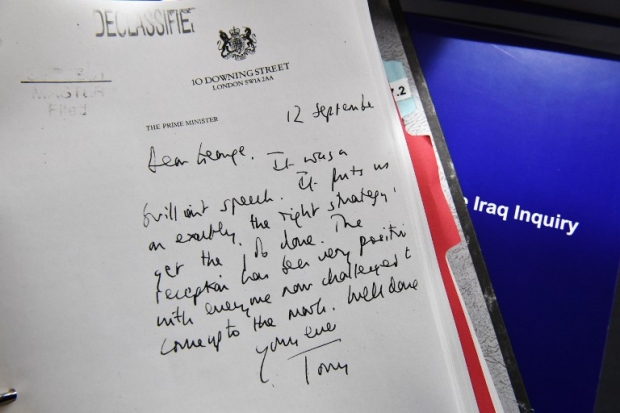 Corbyn apologises on behalf of Labour Party
4 years ago

Labour leader Jeremy Corbyn who has long been an opponent of the Iraq war apologises on behalf of the Labour Party for taking Britain to war in Iraq.

Here's the full statement made by Tony Blair earlier today.

Blair: 'Parliament and the cabinet were not misled'
4 years ago

“I can never agree that those who died or were injured made their sacrifice in vain. They fought in the defining global security struggle of the 21st century against the terrorism and violence… Their sacrifice should always be remembered with thanksgiving and honour….as it will be.

"I know some of the families cannot and don’t accept this is so. I know there are those who can never forget or forgive me for taking this decision and think I took it dishonestly. As the report makes clear, there were no lies. Parliament and the cabinet were not misled. There was no secret commitment to war. Intelligence was not falsified and the decision was made in good faith. However I accept that the report makes serious criticisms of the way decisions were made and, again, I accept full responsibility for this criticism even if I do not fully agree with them.

"Today…look at the history of that time so that those who passionately disagree will me, at least understand why I did what I did and learn lessons so that we can do better in the future."