Live
Live blog: Gaza under attack
MEE follows events in Israel and Palestine as they happen. Are you there? Got something to add? Get in touch with MEE at [email protected] and follow us on Twitter at @MiddleEastEye 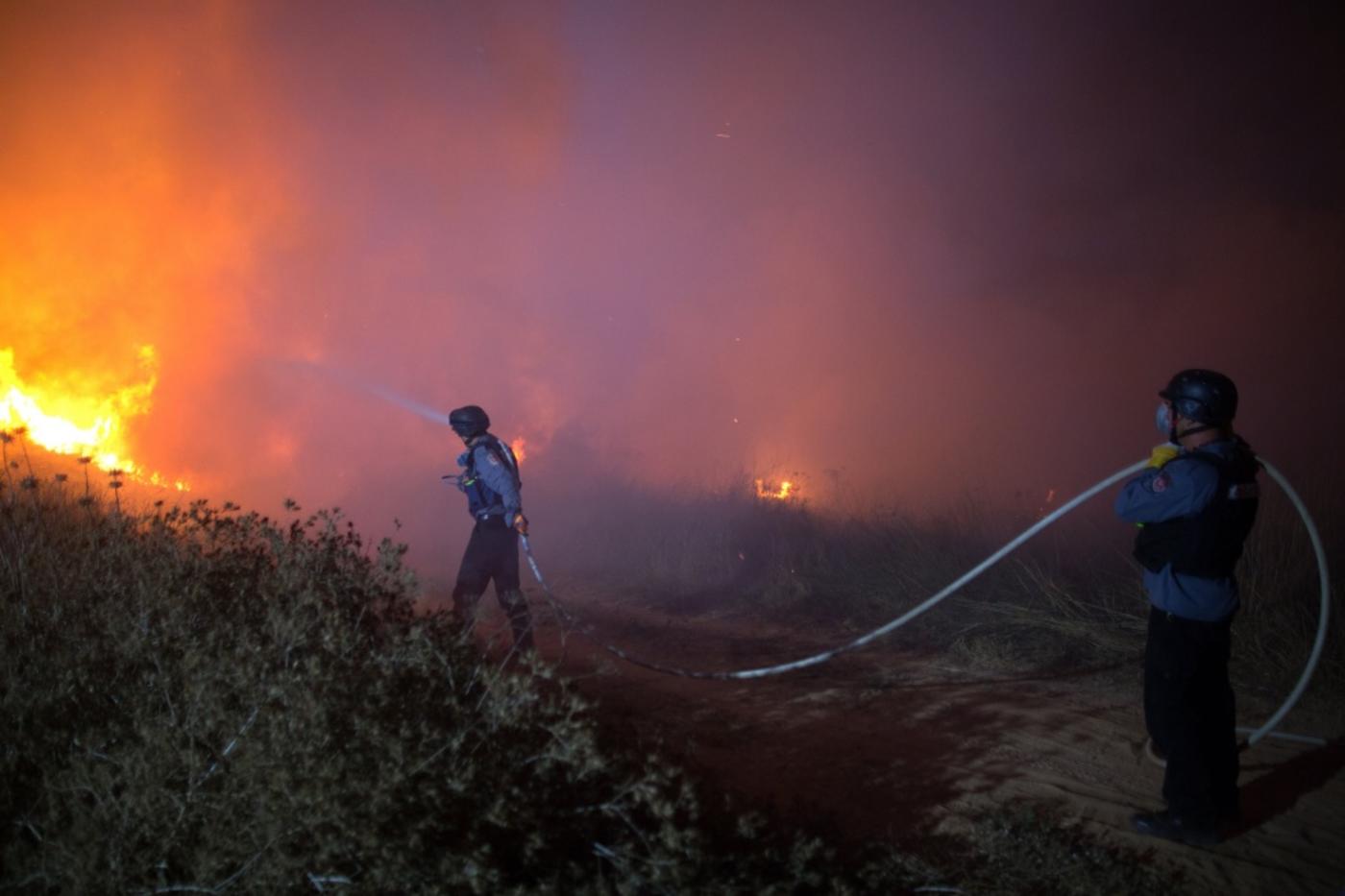 Israel's Channel 2 reports that 50 percent of Israeli cabinet ministers were opposed to the ceasefire agreement that came into place just over an hour ago.

At least three senior politicians, Interior, Economy and Internal Security Ministers, are known to have voiced their opposition to the deal.

Israelis yet to return to homes in Eshkol
8 years ago

The head of Eshkol Regional Council in southern Israel has said he will not instruct residents to return to their homes for the time being.

Earlier, Hamas spokesperson Sami Abu Zuhri said that residents of border communities would not be able to return home until after a decision from Hamas.

Gaza's Health Ministry has announced that two young brothers were killed when the car they were travelling in was struck in Khan Younis moments before the ceasefire came into effect.

Palestine's Interior Ministry has warned people not to shoot in the air in celebration, after reports of injuries.

"The Interior Ministry demands that citizens immediately stop shooting in the air, and find other methods of celebrating out of concern for their lives."

There are currently huge rallies in cities throughout the Gaza Strip.

More and more people on the streets celebrating...#VictoryForGaza #FreePalestine pic.twitter.com/7LGluknfzL

Celebrations in Gaza
8 years ago

Thousands of people have taken to the streets of the Gaza Strip to celebrate the start of the ceasefire and what many are calling a victory for the resistance.

Rocket sirens have been sounding in Israel but there have been no reports of rockets falling or being intercepted by the Iron Dome system.

Abbas: What is next?
8 years ago

"Are we expecting another war after a year or two? How long will this issue go on without a solution?"

Seven minutes ago a complete stop to the fighting came into place, and Palestinian President Mahmoud Abbas is speaking to the cabinet in West Bank Ramallah.

"The stop to the killing will come at the same time as the entry of humanitarian, medical and building materials."

"We fully appreciate the efforts of Egypt" in reaching a ceasefire, but we "stress again that Qatar has played a role in this regard."

"John Kerry, US Secretary of State, has exerted some efforts."

"The disaster there in Gaza is beyond imagination. Stopping the fighting was the main topic that was discusses with the Hamas leaders in Qatar."

They also discussed boosting the national reconciliation and the unity deal between Fatah and Hamas.

"It will require time and effort."

"We exerted all efforts" to help Gaza during the bombardment, "because...we are Palestinians."

He called for guarantees that people in Gaza will have enough electricity, that there will be education and sufficient healthcare after the ceasefire.

Naftali Bennett, Avigdor Lieberman and Yitzhak Aharonovitch have said they are opposed to the deal agreed with Hamas - no vote was held on the agreement.

Photo from the press conference given by Hamas officials at Shifa Hospital in Gaza to announce the "victory" in the Gaza Strip.

Abu Zuhri: Today we congratulate the Arab nation for this victory
8 years ago

"Today we congratulate the Arab nation for achieving this great victory."

"This is a decision taken by Hamas, and not Netanyahu."

Though Egypt was reported to have announced the ceasefire will begin at 21:00 GMT, Palestinian President Mahmoud Abbas said in a televised address that it would start at 19:00 Palestinian time (16:00 GMT).

Israel has officially accepted the Egyptian-mediated ceasefire agreement, reports Haaretz correspondent Barak Ravid. Cabinet ministers have now been informed. Justice Minister Tzipi Livni had said earlier that she had no information about a possible deal.

The house of an Islamic Jihad leader, Nafiz Azzam, has been destroyed in Rafah - two people were reportedly injured in the strike.

The ceasefire will not prevent Israel from targeting senior Palestinian leaders in Gaza, reports Haaretz.

That guarantee was agreed in the 2012 ceasefire agreement.

Egypt has announced that the ceasefire will begin at midnight local time (21:00 GMT), reports Reuters.