Live
LIVE BLOG: Siege on Aleppo
MEE reports on the latest updates from the battle for Syria's second city 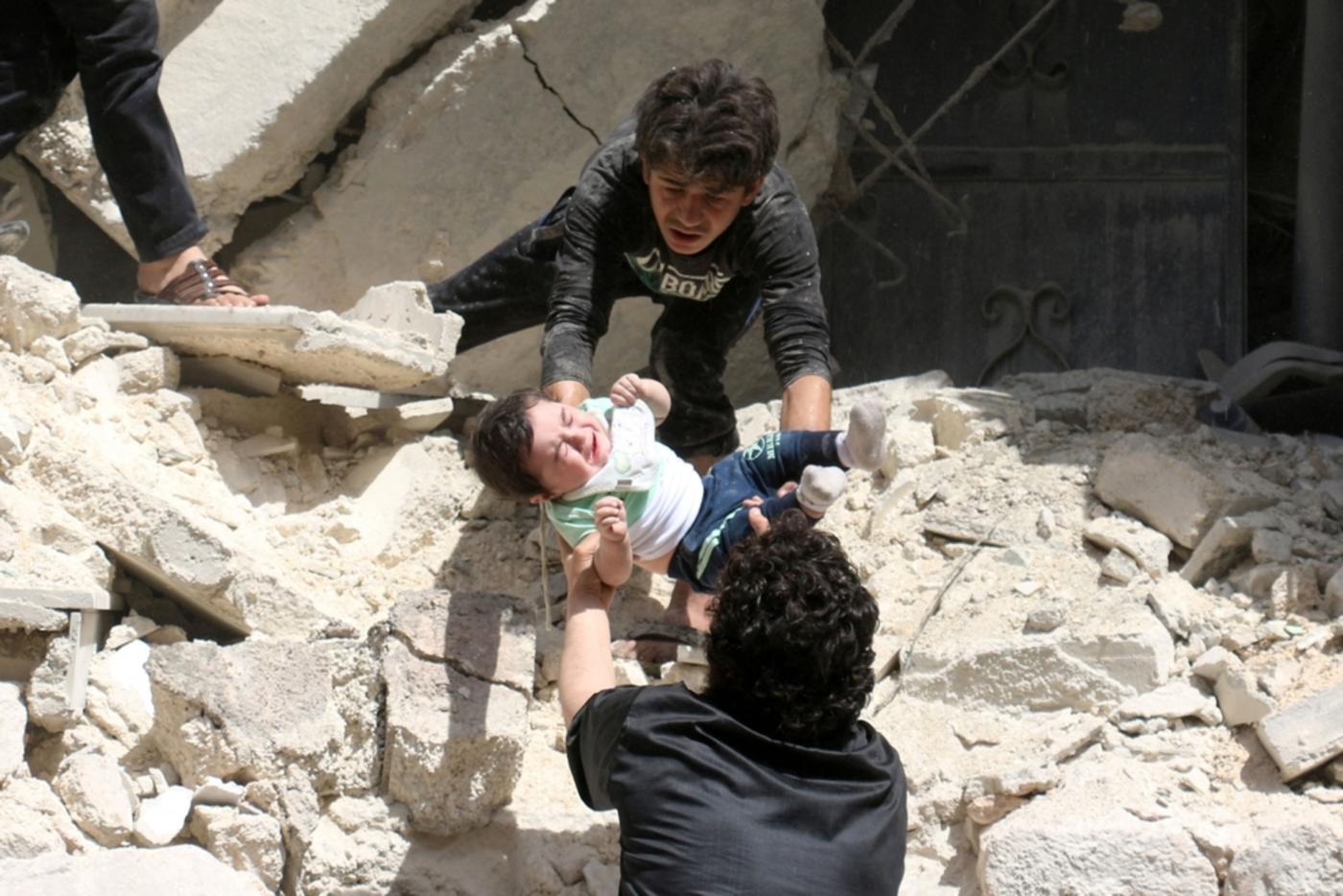 Turkish authorities have issued orders for residents in the town of Karkamis to be evacuated after a third artillery shell fell onto the Turkish border town of Killis earlier today.

The town of Karkamis is located right across the town of Jarablus in Syria. Karkamis has faced heavy shelling from the Islamic State (IS) group as it fights to take control of further territory.

Heavy troop movement is being reported in the area. Earlier today Turkish FM Mevlut Cavusoglu said Turkey would provide every kind of support in the fight for Jarablus. Jarablus remains one of the last places bordering Turkey still in IS hands

SYRIA MAP: The battle for control continues
3 years ago 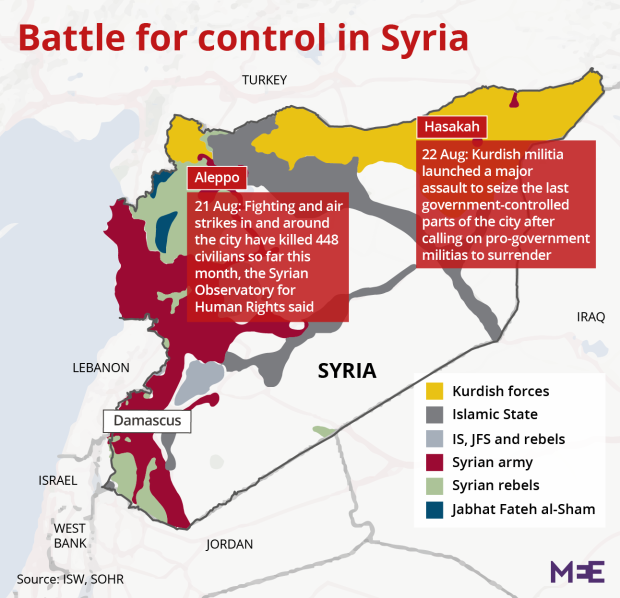 Iranians fighting in Syria speak to MEE
3 years ago

MEE contributor Jonathan Steele in Tehran was able to speak to Iranian fighters who had gone to fight in Syria to support Syrian President Bashar al-Assad.

Sayed Mohammad Hosseini, who claimed to be a sniper serving just out of Aleppo, said he was home for a month’s leave.

Hosseini said he had served in Syria for 18 months in Syria but saw no imminent breakthrough. The chances of pro-government forces recapturing the whole city were “Fifty-fifty”.

“I think the war will go on a long time," he told Middle East Eye.

Russian air strikes have killed more Syrian civilians than Islamic State in about a third of the time, the Syrian Network for Human Rights (@snhr), an independent NGO monitoring the Syrian civil war, said.

Airstrikes orchestrated by Moscow have killed at least 2,704 people since Russia entered the conflict on the side of embattled President Bashar al-Assad last September. Islamic State has caused 2,686 civilian deaths, the group reported.

Russia killed more Syrian civilians in one year than ISIS did in three. #terrorism https://t.co/uW4E4hGEI8

Up to 25 people have reportedly been killed in an air strike on the southern Aleppo suburb of Hay-al-Sukkar, local activists have said.

Casualty estimates vary, with Aleppo media centre, a local monitor, reporting that 13 people were killed in Hay-al-Sukkar but Al Jazeera Arabic reporting that at least 25 people have been killed. Al Jazeera said that Russian planes carried out the strike, although Moscow denies targeting civilian areas.

News comes as renewed calls have been made for a humanitarian corridor to be established to allow humanitarian and aid supplies to enter the city.

Chinese state media on Tuesday claimed that the images of Syrian boy Omran Daqneesh, may have been doctored in order to use as part of a “propaganda war”.

State broadcaster China Central Television (CCTV) ran a report titled “Posed picture? Exaggeration? The video is suspected of being a fake,” during which a voiceover said that “critics have suggested that [the video] is part of a propaganda war, aimed at creating a humanitarian excuse for Western countries to become involved in Syria”.

“It may sound like a group organised by the Syrians, actually, it is led by an organisation called Crisis Rescue, whose founder and leading official is a UK military official,” the report said.

It added that it was deeply suspicious that instead of helping the 5-year-old who was photographed sitting dazed and bloodied in an Aleppo hospital, people chose to take photos.