It hasn’t been all doom and gloom As the new year approaches, there seems to be a general consensus that 2016 has been a conspicuously bad year, particularly for the Middle East.

But it hasn’t been all doom and gloom.

Here are the 11 good news stories that prove 2016 hasn’t been all bad:

10-year-old Rashed al-Hajjawi had his dream come true when he was signed by the Italian football champions Juventus FC.

Nicknamed a 'wonderkid' by fans, this Norway-born Palestinian grabbed the attention of the football club after his skills went viral online.

In August of this year, the picture of this billboard from Chicago went viral after a US non-profit Muslim organisaton launched a campaign to send ISIS a message from "Actual Muslims".

Reading "Hey Isis, you suck," the giant billboard in a suburb of Chicago also quoted the Quran.

Mocked Saudi cleaner who had the last laugh

A truly heart-warming moment of 2016 came when social media users in Saudi Arabia came together as a force for good to help this worker.

After the picture of this cleaner in Saudi Arabia was mocked by one social media user online who shared it with the caption: "His limit is to look at rubbish hahaha," many took to Twitter to find the worker pictured.

Not only were social media users successful in locating the worker, he was then presented with the very gift he had been initally pictured looking at: the set of gold jewellery.

And it didn't stop there. As the image circulated further, Saudis began offering other presents and sums of money.

Translation: Thank God and many thanks to those who helped do good.

With sexual harassment an ongoing issue on the streets of Egypt, these two pranksters decided to take matters into their own hands in the most unique manner: cracking eggs on the heads of Egypt's sexual harassers.

From Jordan winning the country's first ever medal since Amman's first participation in 1980, to Bahrain picking up its first ever gold, the Olympics in Rio this summer saw monumental moments for Middle Eastern countries and their athletes.

Particular highlights came from the women who made history.

In Egypt, 18-year-old Sara Ahmed was the first Arab woman to win an Olympic weightlifting medal. She also became Egypt's first ever female medalist in the country's 104-year history of participation at the Games.

Another 18-year-old made history, this time from Iran.

Families reunited after years apart under IS

Amid war and chaos, emotional scenes came from Mosul this year.

After Iraqi and Kurdish forces successfully retook areas in Mosul which had previously been held by IS, families who had spent more than two years living apart under the rule of IS were reunited.

'Hero of the day'

This Syrian refugee rose to fame after carrying out one of the most generous acts of this year.

25-year-old Muhannad M, who lives in Germany, discovered €150,000 ($166,500) in an old wardrobe that had been donated to a charity. But rather than keep the money for himself, Muhannad decided to hand the cash over to police.

Muhannad had just moved into a flat paid for by a job centre, and started to furnish his apartment with donations from charities.

While assembling and cleaning the donated wardrobe, he found a secret compartment made up of two boards screwed together. In it he found the stashed money.

Muslim woman teaching others how to fight back

Since the election of Donald Trump as US president, hate crimes across America have risen to their highest since the 9/11 attacks.

With Muslims bearing the brunt of US hate crimes, Zaineb "Zee" Abdulla has produced videos showing Muslim women who wear hijabs how to fight back if provoked.

Abdulla teamed up with the Chicago Mixed Martial Arts group to provide "Hate Crime Survival Seminars," a place for Muslim women to learn how to defend themselves against verbal and physical attacks.

Life can be hard for Syrian refugees trying to settle into their new homes abroad. This teddy bear is designed to help with that.

Coinciding with the first anniversary of Syrian refugees arriving to Canada, the 'ahlan' bear was designed to welcome and bring comfort to refugee children - “ahlan,” or “ahlan wa sahlan,” is Arabic for welcome.

Wearing a white bowtie adorned with red maple leaves – the same one displayed on the Canadian flag – the Ahlan Bear speaks more than 60 phrases in English and Arabic.

'Journalist of the year'

With Syria described as the 'most dangerous place on earth,' this year saw the recognition of the work done by independent reporter, Hadi Abdullah.

Leaving his job as a nurse behind at the age of 24, Hadi has dedicated himself to reporting the horrors and hopes of the almost six-year-long Syrian civil war.

With 2016 being the year that saw the war reaching new intensities, Reporters Without Borders awarded Hadi Abdullah with the 2016 'Journalist of the Year' award in recognition of his work.

History made at the Emmy's

2016 also became the year that history was made in the acting world.

Rami Malek became the first ever Egyptian-American and the first non-white in 18 years to win the 'Best Actor' Emmy Award for his protagonist role in the hit TV series, Mr Robot. 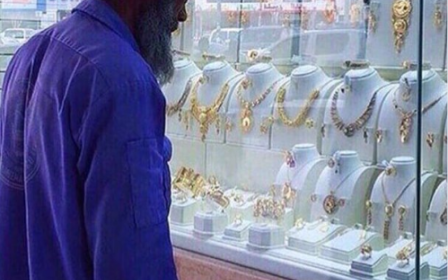