The UN warned last month that 12,000 Syrians were stranded on the border but authorities at the time dismissed the report as exaggerated 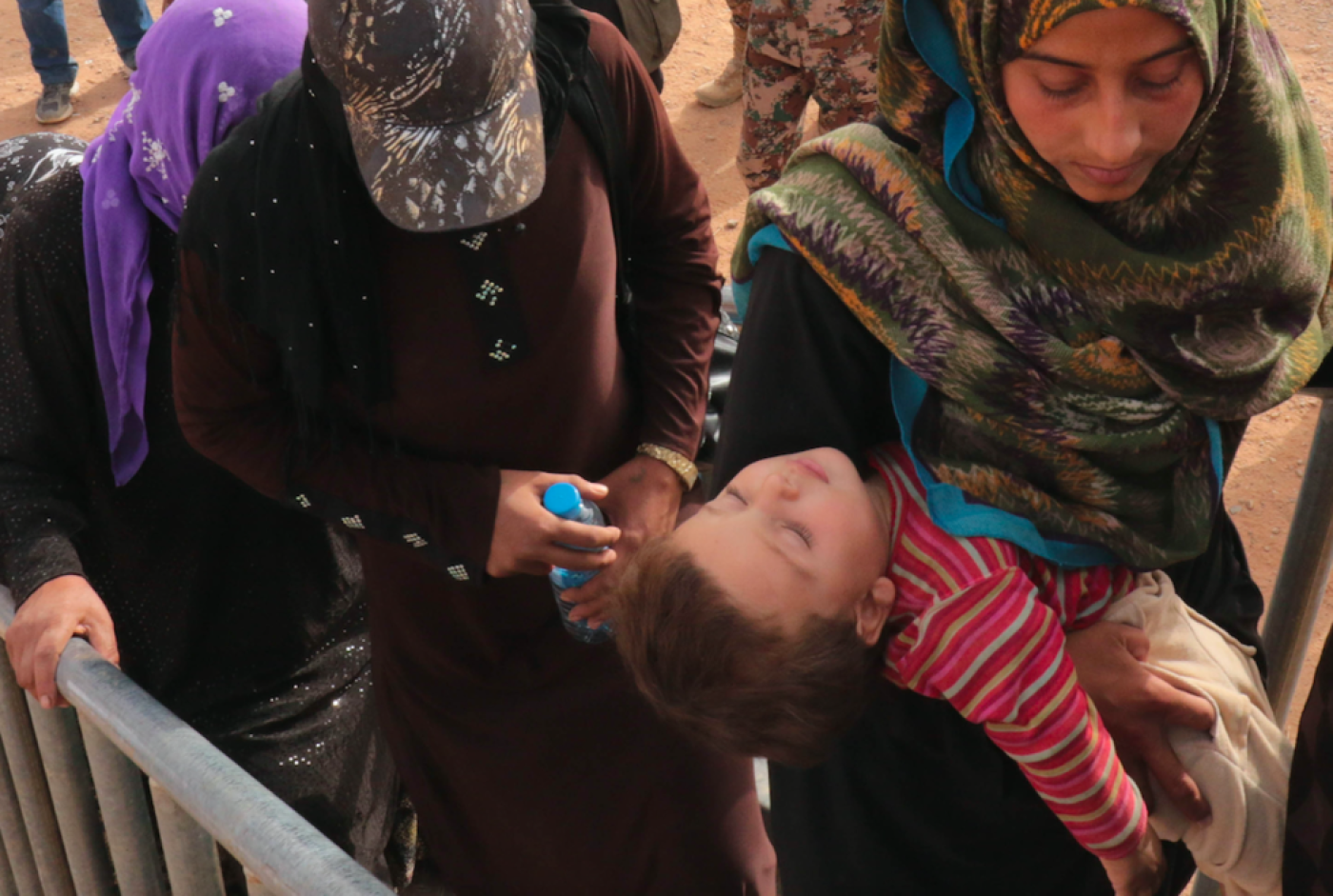 Syrian refugees wait at the al-Roqban makeshift camp, on the border with Syria, before being driven by the Jordanian army to be registered by authorities (AFP)
By
AFP

The number of Syrian refugees stuck on the border with Jordan has climbed from 12,000 to nearly 16,000 since December, the kingdom's government spokesman said on Monday.

Mohamed Momani, who is also Jordan's information minister, said "around 16,000 Syrians are located in camps situated a few hundred metres from the Jordanian side (of the border) in no-man's land".

The UN said in December that 12,000 Syrians were stranded on the border and urged Jordan to take them in, but Momani at the time dismissed the report as exaggerated.

On Monday, he told AFP in written remarks that the refugees were receiving humanitarian assistance from Jordan as well as the UN and aid organisations.

"The Syrians in these camps are being provided with their needs of supplies, tents and medications," he said, adding that there were also clinics inside the compounds.

Jordan says it is hosting 1.4 million Syrian refugees who have fled the now nearly five-year war across the border, but only some 600,000 have registered with the UN refugee agency UNHCR.

During the first two years of the Syrian conflict, 45 crossing points were open along the 378-kilometre frontier.

There are now only two open, with the UNHCR saying they are located in rocky desert areas, devoid of water, shade or vegetation.

Jordan has imposed strict screening of refugees at the border, saying the security measures are important to guarantee the safety of the country and the refugees.

"Jordan's security is the first priority for the kingdom, nevertheless our borders remain open," said Momani.

He said the 1.4 million Syrian refugees present in Jordan represent 20 percent of the country's total population.

Jordan receives "up to 5,000 refugees per day at times. This has been mostly done at Jordan's expense," he added.

The kingdom has repeatedly said that the influx of refugees is a burden that has strained its already poor resources in water and electricity and urged more help from the international community.

"Jordan is willing to cooperate with any country which might be able to take refugees from the border camp," said Momani.

"Jordan encourages international agencies to provide all the needed support," he added.

Syria's war has killed more than 260,000 people and forced millions from their homes.