Almost 6,000 Palestinians have been wounded since March by Israeli army's use of live ammunition during protests in Gaza Strip 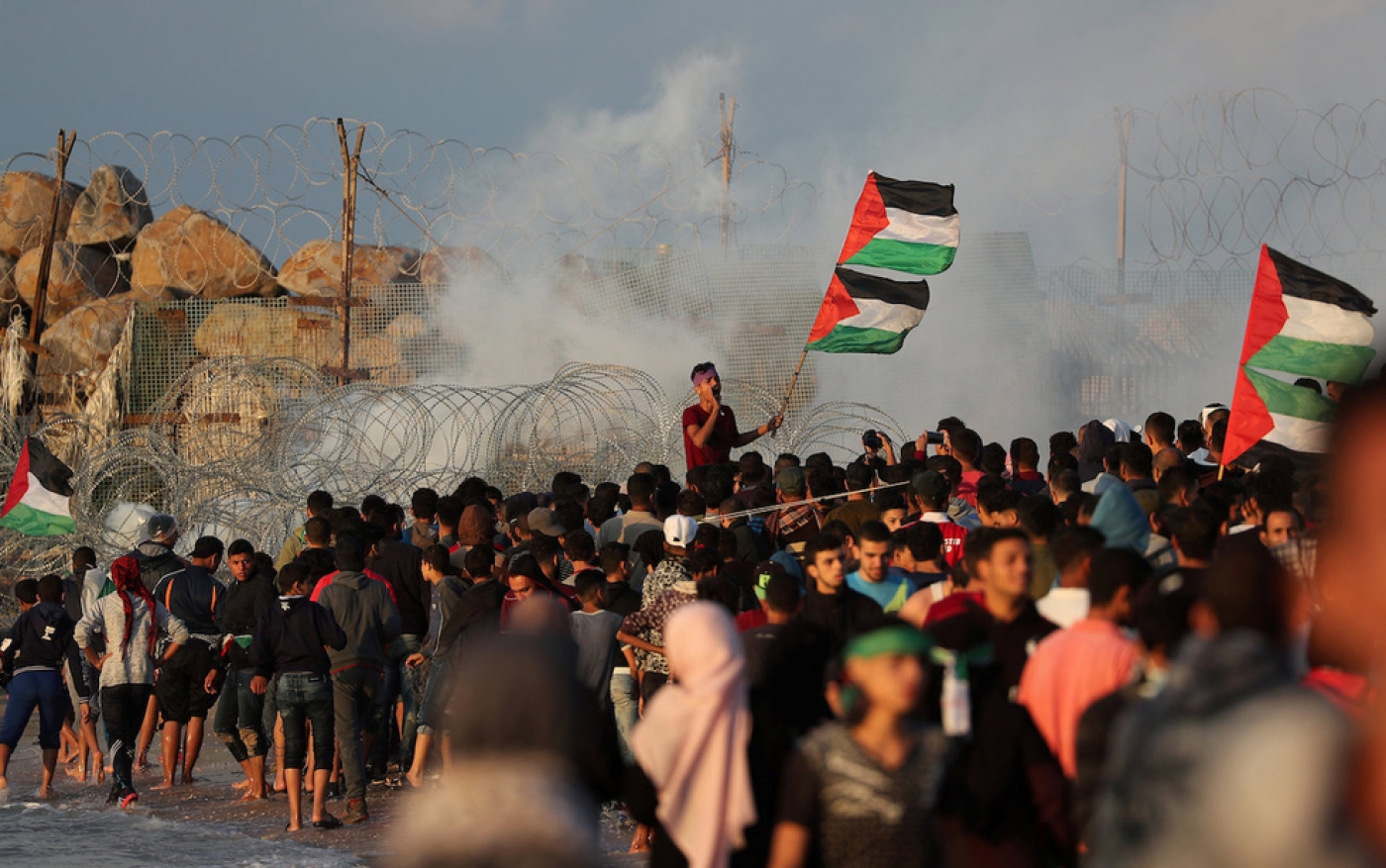 At least 18 Palestinians were wounded on Friday after the Israeli army opened fire on weekly protests in the Gaza Strip, the health ministry in the blockaded enclave said.

They were hit with live ammunition as a few thousand Palestinians gathered in different spots along the fence dividing Israel from Gaza, the ministry said.

None were reported to be in life-threatening condition, it said.

Palestinians in Gaza have rallied every week since the end of March as part of the Great March of Return.

The protesters are calling for an end to the stifling blockade on the coastal Palestinian territory and demanding the right to return to their ancestral homes in what is now Israel.

The number of participants at the protests has diminished since a ceasefire agreement was reached earlier this month between Israel and Hamas, which governs Gaza.

Almost 6,000 Palestinians have also been hurt by the Israeli army's use of live ammunition at the protests, according to the Palestinian health ministry.

Earlier this week, Doctors Without Borders (MSF) said the health-care system in Gaza is struggling to meet the needs of Palestinians who have been wounded by live fire during the demonstrations.

As a result, thousands of Gaza residents are suffering from long-term injuries, the medical charity said, and the majority of MSF's patients need further medical treatment to properly heal from their wounds, or to receive necessary rehabilitation.

"A slow-motion health-care emergency is unfolding in Gaza as the cumulative needs of patients shot by the Israeli army and seriously injured during protests mount," the group said.

"This burden is too much to bear for the health system in Gaza in its current form, weakened as it is by more than a decade of blockade." Occupation
Hundreds of injured Gazans at risk of amputations or death: MSF