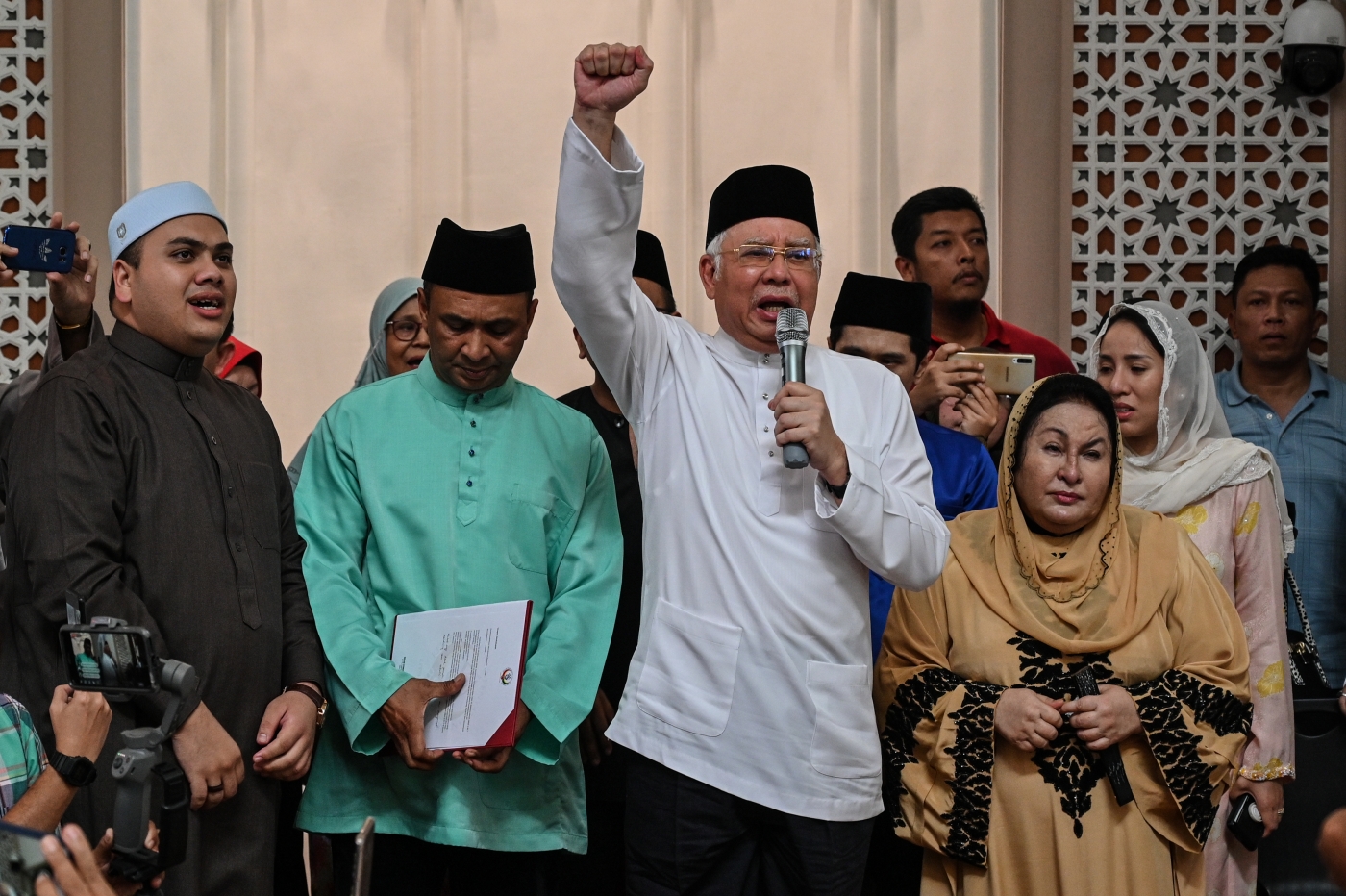 The 1MDB scandal revolved around what Malaysian and US authorities say was the misappropriation of around $4.5bn from the 1MDB, which was created by Najib in 2009.

Najib faces 42 criminal charges in five separate trials related to the alleged theft of billions of dollars from 1MDB, the subject of investigations in at least six countries including the US, Singapore and Switzerland.

He has pleaded not guilty.

"The problem is relatively small, if there can be an agreement with Sheikh Mansour to have a loan agreement signed ... that will show that it is a legitimate financing package, it's not money laundering," he said, likely referring to deputy prime minister Mansour bin Zayed Al-Nahyan. Can Pakistan bounce back after Malaysia snub? It's up to Imran Khan
Read More »

"At the moment he's under a bit of pressure in America, and I'm worried about him in case they make him a scapegoat, you see."

The MACC said, during the conference, that the recordings revealed an "abuse of power, criminal conspiracy, obstruction of justice, compromising national security, fabrication of false evidence through foreign aides and connivance".

Najib told reporters on Wednesday he was "shocked by this revelation" and was looking at legal options as the audio clips would have allegedly been recorded while he was head of government.

"I'm studying the content and I have referred this matter to my lawyers. This has never been done in the history of this country,” he said. Najib did not confirm or deny the authenticity of the recordings.

Besides Najib and MBZ, the MACC said Malaysian and Emirati officials were also on the calls as well as Najib's wife, Rosmah Mansor.

The MACC chief, Latheefa Koya, said the audio clips, which were handed to the agency anonymously earlier this month, were proof of a "high-level criminal conspiracy" to cover up wrongdoing.

Latheefa said forensics showed that the nine recordings were authentic and would be shared with police and other authorities for further investigation.