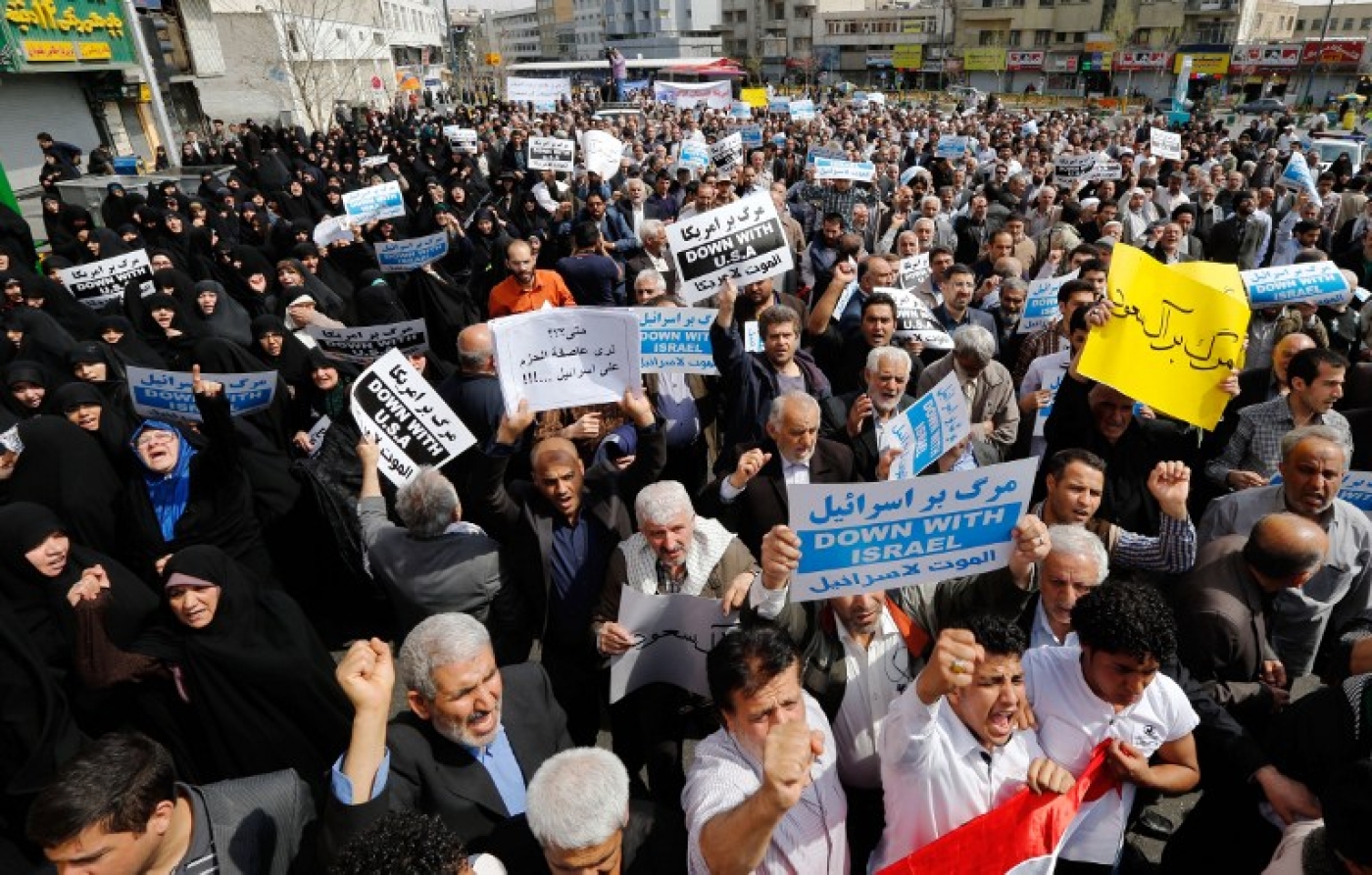 Iranians protest against Saudi-led air strikes on Houthi positions in Yemen, in the capital Tehran, on 3 April (AFP)
By
MEE staff

Tehran has strongly denied providing any military support for Houthi fighters, whose advances have drawn Saudi-led airstrikes in a campaign dubbed "Decisive Storm".

Three sources in the city's anti-Houthi local militias said the Iranians, identified as a colonel and a captain, were seized in two different districts rocked by heavy gun battles.

Sources told Reuters: "The initial investigation revealed that they are from the Quds Force [the elite guard which reports only to the supreme leader] and are working as advisers to the Houthi militia."

"They have been put in a safe place and we will turn them over to Decisive Storm to deal with them," the source added.

If confirmed, the presence of two Iranian officers, would deepen tensions between Tehran and Riyadh.

Bolstered by more than two weeks of air raids led by Sunni Muslim Saudi Arabia, local armed groups have been resisting the southward advance of the northern-based Shiite Houthis.

Residents said southern fighters ambushed a convoy of Houthis and allied forces loyal to ex-president Ali Abdullah Saleh in a tribal area about 100 km (60 miles) north of their base in Aden, killing 15 of the northerners.

While the Houthis deny getting help from Shiite Iran and say their armed campaign is designed to stamp out corruption and Sunni al-Qaeda militants, Saudi Arabia and its allies describe them as an Iranian-backed threat to regional security.

The United Nations says the conflict, has killed at least 600 people in the last two weeks, wounded 2,200 and displaced 100,000 others. The crisis has been escalating since September when the Houthis seized the capital Sanaa in central Yemen.