Fighters loyal to the Saudi-backed Yemeni president pose in front of an armoured vehicle in the western Yemeni coastal town of Mokha on 11 February, 2017 (AFP)
By
AFP

The renewed clashes in the coastal towns of Midi and Mokha, north and south of the major Red Sea port of Hodeida respectively, erupted the day after government forces seized control of the area.

"The death toll this morning stands at 14 Houthi rebels and six troops" loyal to President Abedrabbo Mansour Hadi, a military source confirmed on condition of anonymity.

Forces loyal to Yemen's president, backed by a Saudi-led Arab coalition, entered the historic port town of Mokha last month as part of a push to drive Shia Houthis out of the area.

Government forces had taken the docks of Mokha earlier in February and are now aiming to take the main port of Hodeida, which is still under the control of Houthi rebels.

Prior to the government-backed military offensive, the Houthis had controlled nearly all of Yemen's 450 kilometre (280 mile) Red Sea coastline.

More than 400 combatants have been killed in the fight for coastal control.

The crisis in Yemen took a major turn for the worse with the military intervention of the Saudi-led alliance in March 2015.

The United Nations estimates more than 10,000 people, including around 1,400 children, have been killed in the two years since. 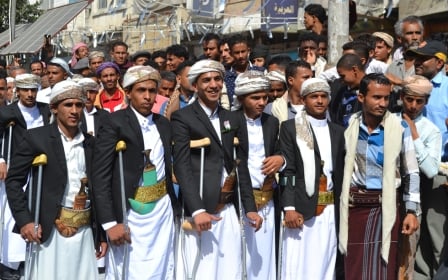