Protest comes ahead of Monday's UN Summit for refugees and migrants in New York, to be attended by PM May 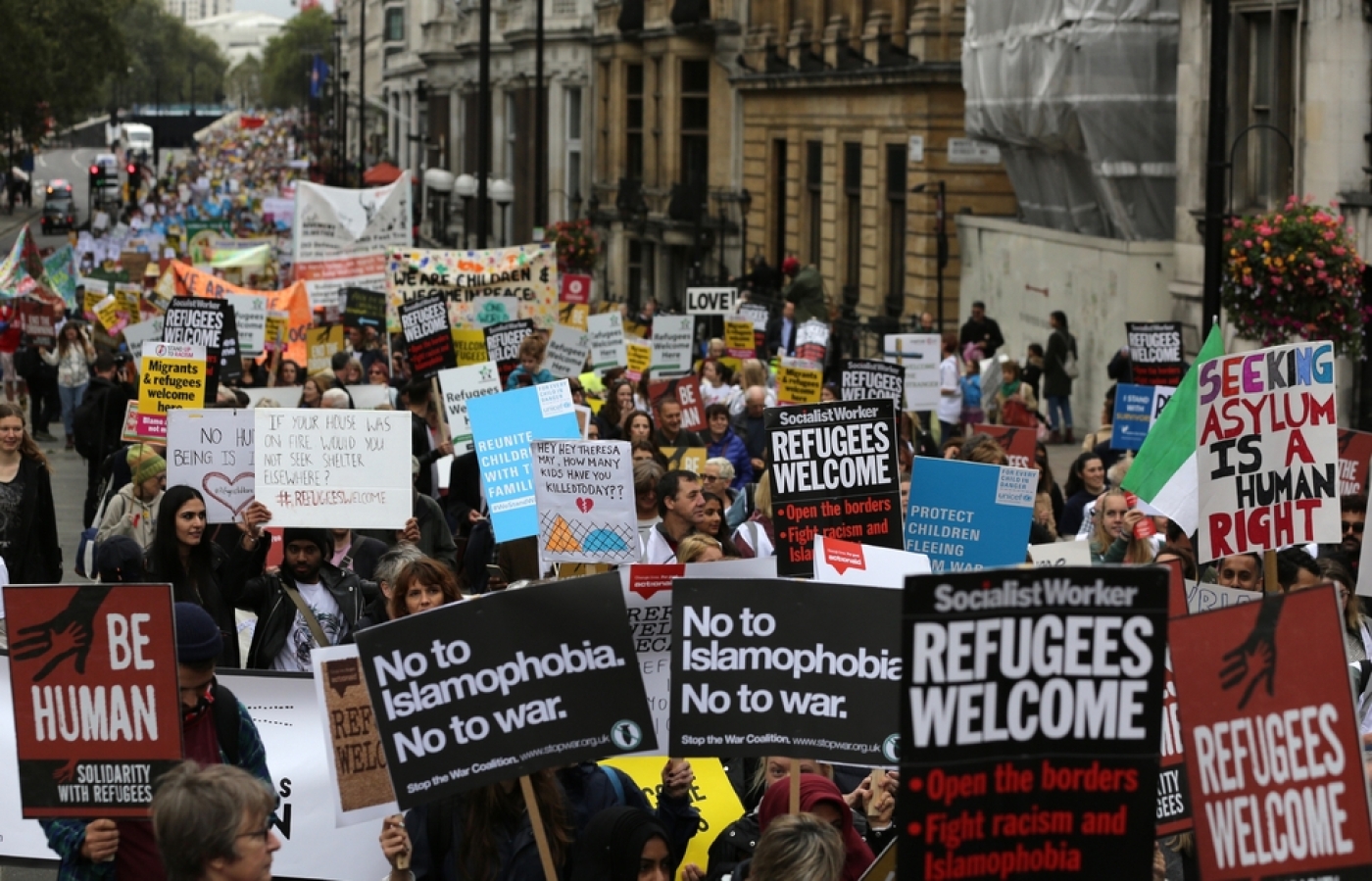 About 20,000 pro-refugee demonstrators took to the streets on London on Saturday, according to police, to call on Prime Minister Theresa May to do more to tackle the migrant crisis.

Protesters marched down the affluent Park Lane and the central thoroughfare Piccadilly carrying an array of colourful placards and shouting slogans including: “Say it loud, say it clear, refugees are welcome here!"

Actor and campaigner Vanessa Redgrave said at the rally: "The present government and previous governments, both Labour, coalition and Conservative, have been breaking international human rights law. We must hold them to account,” according to the BBC.

At one point, a group at the front of the protest performed a song and dance routine to Carly Rae Jepsen's I Really Like You, cheered on by fellow protesters.

Some carried signs reading “No-one is illegal" and “Stop the drowning," while others chanted “Refugees - let them stay ... Let's deport Theresa May".

"I've come here today because my kids go to sleep in a safe house every night with full stomachs, and I think every child should have that," mother-of-two Claire-Marie Goggin, 47, told AFP.

Volunteer worker Felicity Rose, 33, said the message was "to look after our brothers and sisters from around the world and let them come and to stop penalising them because of where they come from and the colour of their skin".

The event was organised by Solidarity with Refugees, and was supported by groups including Amnesty International, Oxfam, Medecins Sans Frontieres, the Refugee Council and Stop the War Coalition.

It came ahead of Monday's UN Summit for refugees and migrants in New York, to be hosted by US President Barack Obama and attended by May.

Britain's then prime minister David Cameron announced last year the country would accept up to 20,000 refugees from Syria over the next five years.