23 hurt as protesters angry about IS clash in Berlin 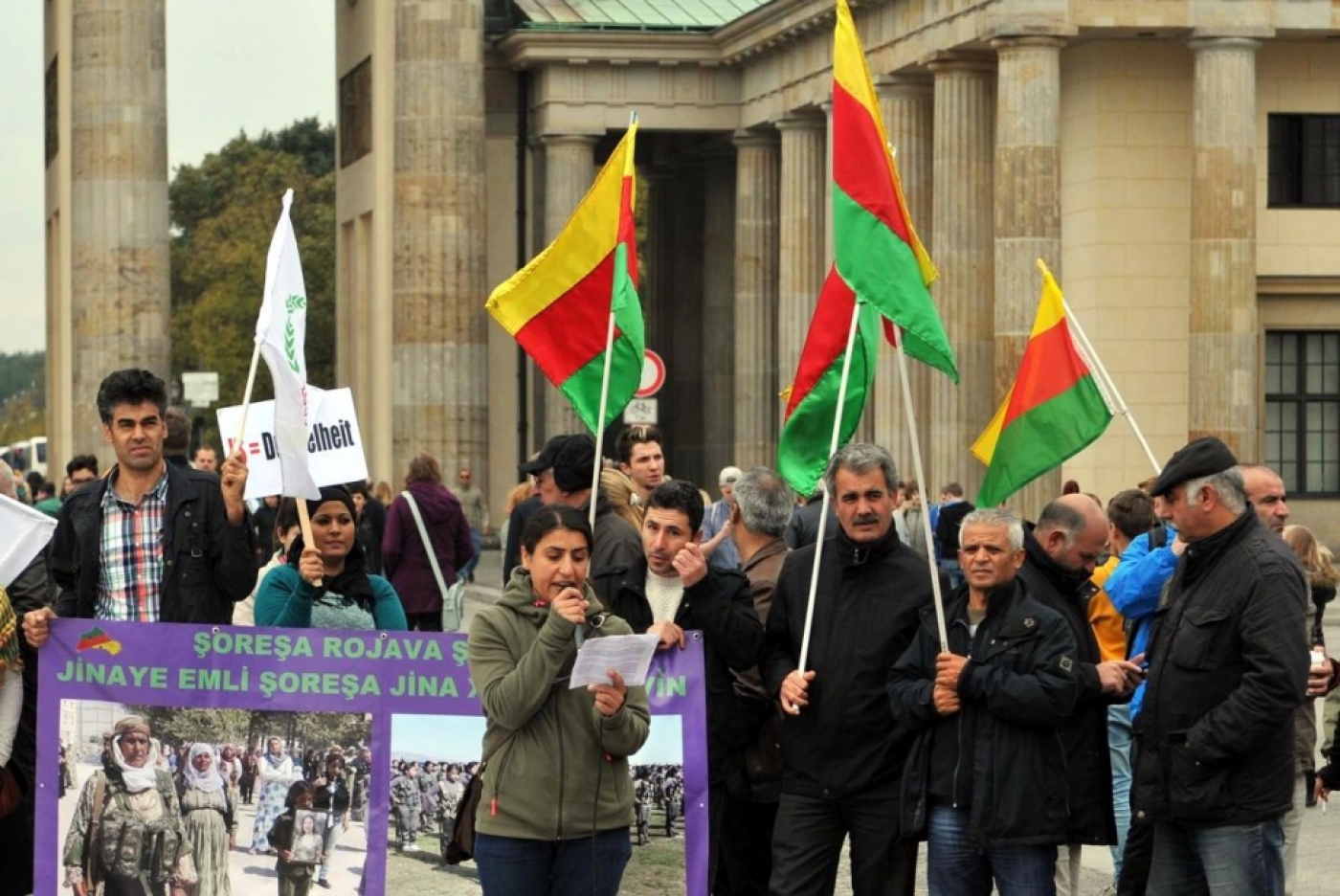 A protest by Syrian Kurds in Germany to support Kurds in Kobane turned violent later in the day (AFP)
By
AFP
By Frank Zeller
Street clashes between Kurds and mostly Salafist Muslims left 23 people wounded in Germany, police said Wednesday amid fears that fighting in Syria and Iraq could further inflame passions.
Riot police used batons, pepper spray and water cannon to keep apart hundreds of men, many armed with knives, metal rods and knuckle dusters, in the northern city of Hamburg overnight.
Similar clashes erupted after darkness between Yazidis and mostly Chechen Muslims in the northern city of Celle, police said.
The port city of Hamburg saw running battles into the early hours after an initially peaceful rally by some 400 Kurdish immigrants against the militant group Islamic State (IS).
The demonstrators had demanded greater international support for people trapped in the Syrian Kurdish town of Kobane on the Turkish border, which has been besieged by IS fighters.
Many of the protesters later gathered outside Hamburg's Al-Nour mosque, where they were confronted by some 400 people described by police as mostly Salafist Muslims, and tensions escalated.
Police confiscated machetes and metal rods used to hold meat in kebab restaurants, and men attacked each other by hurling rocks and bottles and swinging dislodged traffic signs.

I had the feeling that we live in Hamburgistan," Daniel Abdin of the Al-Nour mosque told news portal Spiegel Online, condemning the violence. "The atmosphere was very, very explosive."

The Hamburger Abendblatt daily called the clashes a "street battle" and said that "the war between the radical IS militia and the Kurds in Syria and Iraq has led to riots in Hamburg".
The violence left 14 people wounded, four of them seriously, while 22 people were temporarily detained, police said.
German foreign ministry spokesman Martin Schaefer said he could understand how the plight of the Kurds trapped in Kobane could stir emotions, though he stressed that "this does not justify breaking the law".
Asked whether Turkish troops massed on the border should intervene to save Syria's third-biggest Kurdish town, Kobane, Schaefer said that it was not for Berlin to "give advice" to Ankara.
Turkey has been preventing Kurds from crossing into Syria to join the battle against IS, infuriating locals and fuelling deadly protests across Turkey.
In the other turmoil of Tuesday night, in Celle, hundreds of Yazidis - a non-Arab and non-Muslim minority that has been persecuted by IS - clashed with mostly Chechen Muslim immigrants.
The conflict was fuelled via social media after radical Muslim preachers sent out a call to Islamists to join in, DPA news agency reported.
Riot police intervened against men armed with sticks, rocks and bottles, leaving four police officers and five protesters wounded.

Conservative lawmakers called for harsher penalties for violence against police.
"We will not allow the import of religiously motivated conflicts from the Middle East into German cities," the ruling Christian Democrats' Thomas Strobl told the Frankfurter Allgemeine Zeitung daily.
Islamic studies expert Bulent Ucar of Osnabrueck University told AFP that the Syria and Iraq conflicts had "emotionally impacted" many migrants from the region and voiced fears that "Germany will have little understanding of this, and prejudice against Muslims may rise".
Germany is home to an estimated one million ethnic Kurds from Turkey, Syria, Iraq and other countries, of whom up to 35,000 live in Hamburg.
The head of Hamburg's Kurdish association, Cafer Yildirim, distanced his group from the clashes, saying "they were sympathisers of the PKK, we have nothing to do with them", referring to the banned Kurdistan Workers' Party whose three-decade insurgency in Turkey has claimed 40,000 lives.
He voiced fears of more violence, telling AFP that Islamic State has "a lot of sympathisers in Europe and also in Germany".
More than 6,000 people in Germany have ties to the fundamentalist Salafist branch of Islam, Interior Minister Thomas de Maiziere said recently.
The chairman of Germany's Central Council of Muslims, Aiman ​​Mazyek, told Spiegel Online that "we have to do everything we can to avoid hateful proxy wars on our streets, because that is what the radicals want". 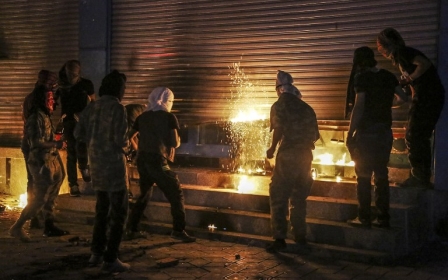