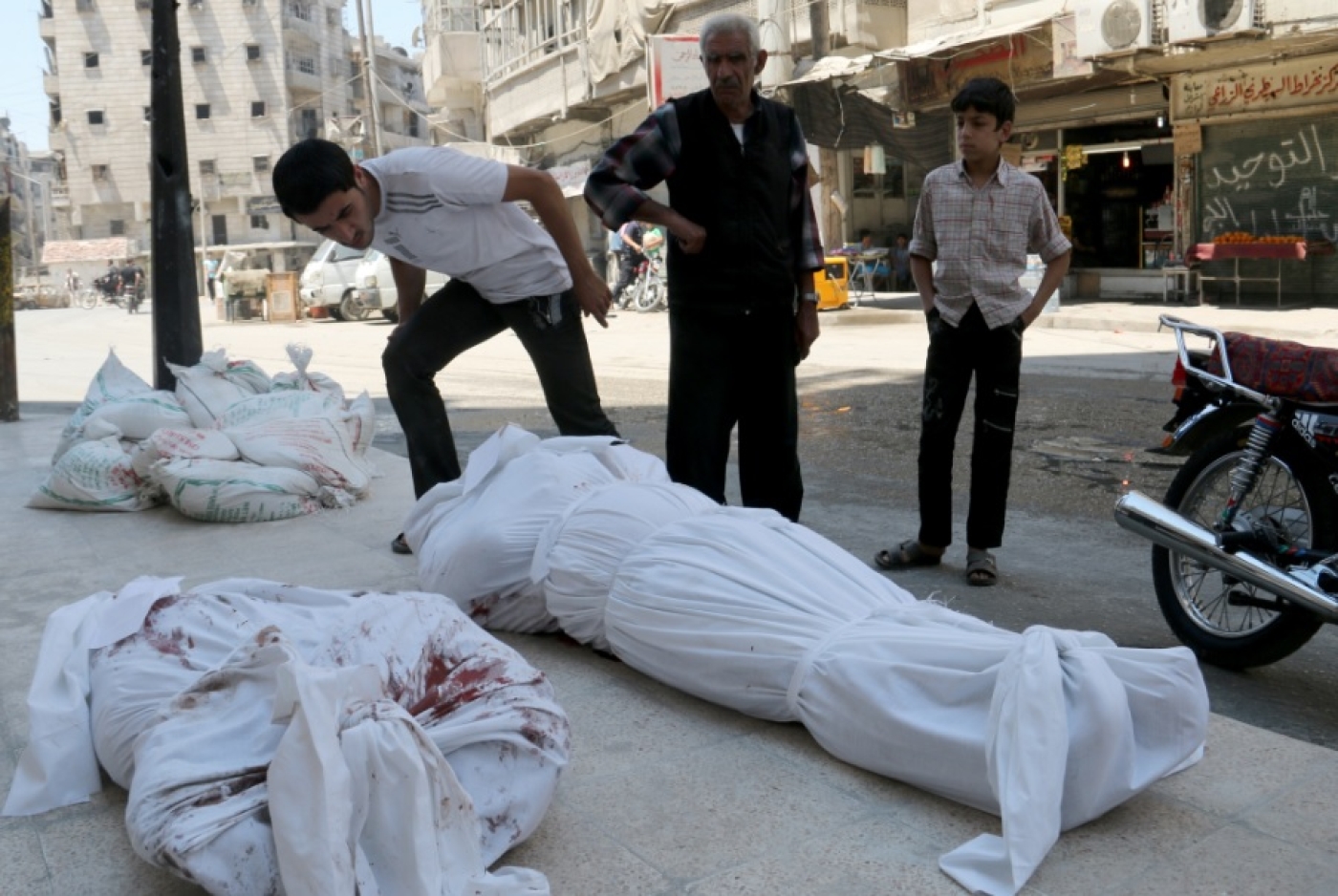 At least 23 people, among them a child, were killed in government raids on the Islamic State group-held town of Al-Bab in northern Syria on Monday, a monitor said.

The Syrian Observatory for Human Rights said "container bombs" had been dropped on the town in Aleppo province from helicopters.

"Ten charred bodies have been found, taking to 23 the number of people killed in the bombardment," the Britain-based monitor's chief Rami Abdel Rahman said.

He added that it had been impossible to identify the 10 as they had been so badly burned.

A previous Observatory toll spoke of 13 dead, including seven women and a child, and 40 wounded.

One of the places hit in Al-Bab was a market selling petrol, the monitor said.

The Local Coordination Committees activist network had earlier reported charred bodies being recovered from the site of one of the strikes.

On Saturday, 34 people, most of them civilians and among them three children, were killed in similar government raids on Al-Bab.

Syria's army has regularly targeted Al-Bab, which has been held by IS since early 2014, but the town has also been hit on occasion by US-led air strikes.

The bombs are crudely constructed weapons fashioned from barrels and other vessels such as gas cylinders packed with explosives and scraps of metal.

But the weapons used by the army on Saturday and Monday were reportedly even larger than the regular barrel bombs.

Abdel Rahman described them as "container bombs" and said they were "three times more powerful" than barrel bombs.

According to the Observatory, more than 230,000 people have been killed since the Syrian conflict broke out in March 2011.

In Mayadine town in the eastern province of Deir Ezzor, meanwhile, the Observatory reported that IS militants strung up seven people including a child, accusing them of not respecting the daylight fast during the holy Muslim month of Ramadan.

The non-lethal punishment has been inflicted on around 30 people by IS in Deir Ezzor since Ramadan began on 17 June.