Six years on from the Syrian revolution, German man who took in 24 refugees tells MEE about how his life was changed 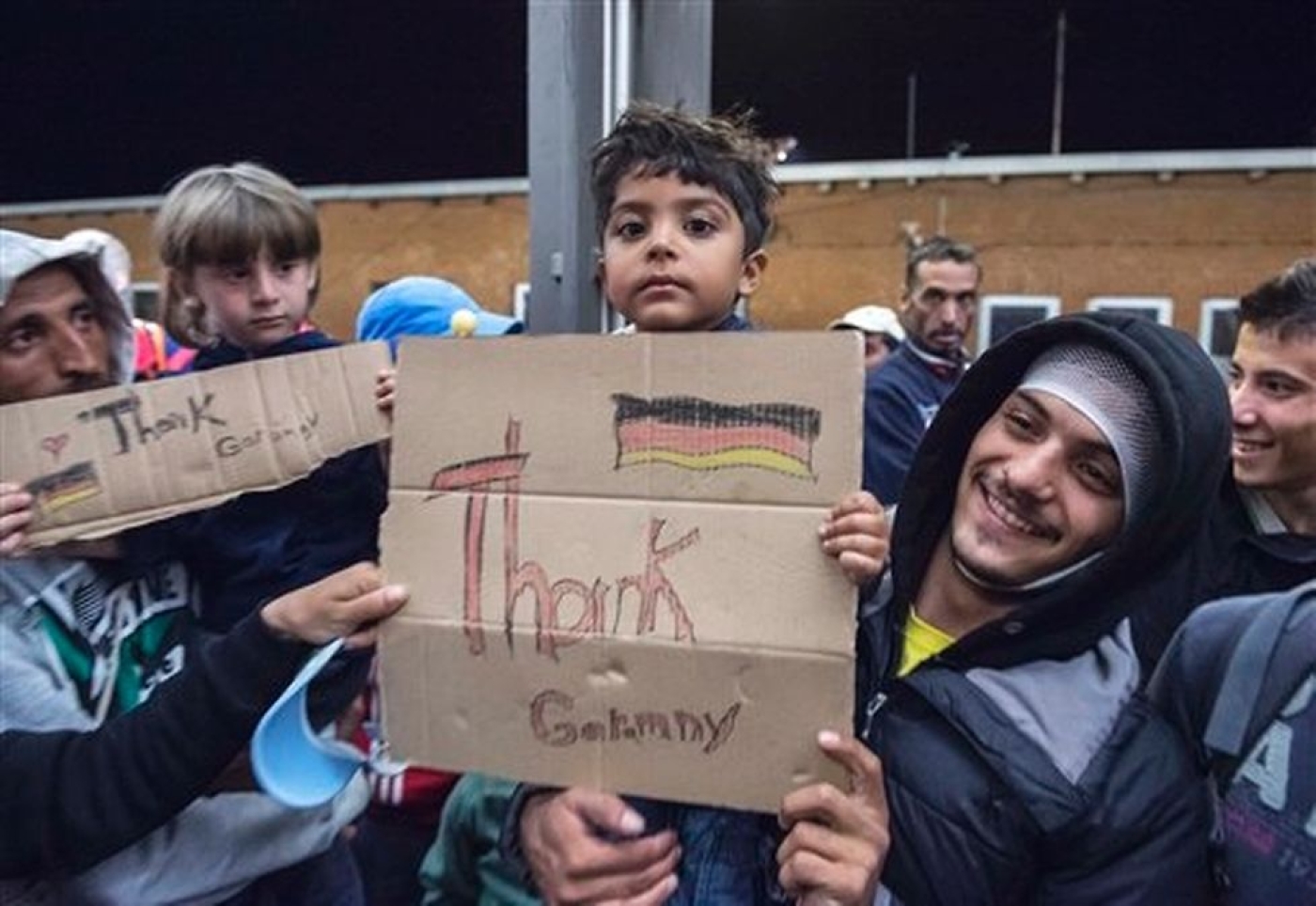 While much coverage of the Syrian conflict, which began six years ago, has been of suffering and division, there are also stories of solidarity and hope: take Dirk Voltz.

Voltz, whose Facebook post went viral after he hosted 24 refugees in his home in Berlin in late 2015, spoke to Middle East Eye about what has happened since.

The refugee crisis has caused division across Europe and a spike in Islamophobia, with campaigns to ban refugees and to detain them in camps, as well as campaigns to let refugees in.

But Voltz had a different story to tell, one that defied much of the negative media coverage of refugees and Muslim migrants coming to Europe. In 2015, the German "Samaritan" and his partner hosted 24 refugees in their home between July and November. His Facebook post detailing their experiences went viral. In his sarcastic comments about his "disappointing" experience, Voltz addressed the many stereotypes surrounding refugees and Muslims which he and his partner came to disprove.

He wrote: "No Muslim who was there wanted to kill us in our sleep. No one insulted us because we are two men and share one bed. None, by any means, said they prefer Sharia over German law. We did not meet one person who did not regret leaving their home."

However, he did experience hostility for taking in refugees from some locals. "The real disappointment that happened to us came in the form of ordinary text messages, death threats on the street, or insulting letters at the front door.

He finished with a call to help others, rather than surrender to fear. "Certainly I know that what happened this past summer and this autumn have changed our lives. You can be there for other people. Or you can be scared.”

Voltz told MEE that the refugees who stayed with him “became friends”, and that he is still in touch with many of them. He said that whilst he still spoke to most of the people he hosted, there were exceptions who “broke off” contact once they moved on.

“Most important: I have learned that we all can be friends. No matter what kind of religion one has,” he said, reflecting on his time with his guests. “They are into humanity and they only want to live in freedom. None of them had any problem with our homosexuality, for example. That was a surprise to me.”

Of those he is still in touch with, Voltz said “some of them are still waiting for their papers… some are doing internships and one of my best Syrian friends has started to study at the University of Tübengen (one of Germany’s best universities)”.

He also said they faced challenges since their arrival in Germany, with some having their asylum applications turned down. “Unfortunately some people had to leave Germany again. If you are from countries like Tunisia, Morocco, Algeria or even Pakistan, there is little hope for a positive asylum decision.”

Voltz recalled some highlights from his time shared with his guests, such as when a doctor from Damascus got in touch with him via Facebook asking for help to get into Germany. He couldn’t help him, but he later received a message from the doctor saying: “Hey Dirk, I am in Germany now. Can we meet?” leaving him speechless.

On another occasion he was with an Iraqi Christian friend during a call with her mother in Baghdad; the mother was “so thankful seeing her daughter in safety finally” that she didn’t stop crying. “I saw this mother happy for her daughter,” he continued.

Whilst most of his experiences were positive, Voltz was disappointed by some of the hate he received from “Islamist people” and “German Nazis”, giving him a lot of stress over the past year.

Whilst not all of the refugees were from war-torn countries, some merely looking for a “better future”, the most traumatic journeys had been of those who had come from Syria, Iraq and Afghanistan.

“Some of them had to fight, others flew from their home and they have lost everything. Most of them lost also relatives or friends,” he said, adding that he would never forget a call with a friend’s family back in Aleppo, Syria. “While we were speaking to them, I could hear the bombs falling. Two days later, the little sister of my friend was shot in the streets of Aleppo.”

Voltz ended with some advice for his fellow citizens, and for refugees arriving in Europe. “Most important for my fellow citizens: get in contact. Respect each other.” He also told them they shouldn’t be afraid of Islam.

His message for refugees: “If you come to Europe, you have to learn the language as soon as possible,” adding that “accepting our culture” is imperative.