Up to 25 migrants feared dead off Libyan coast: NGO

Crew of 'Libyan Coast Guard' vessel attacked boat packed with some 150 migrants, beating them with sticks 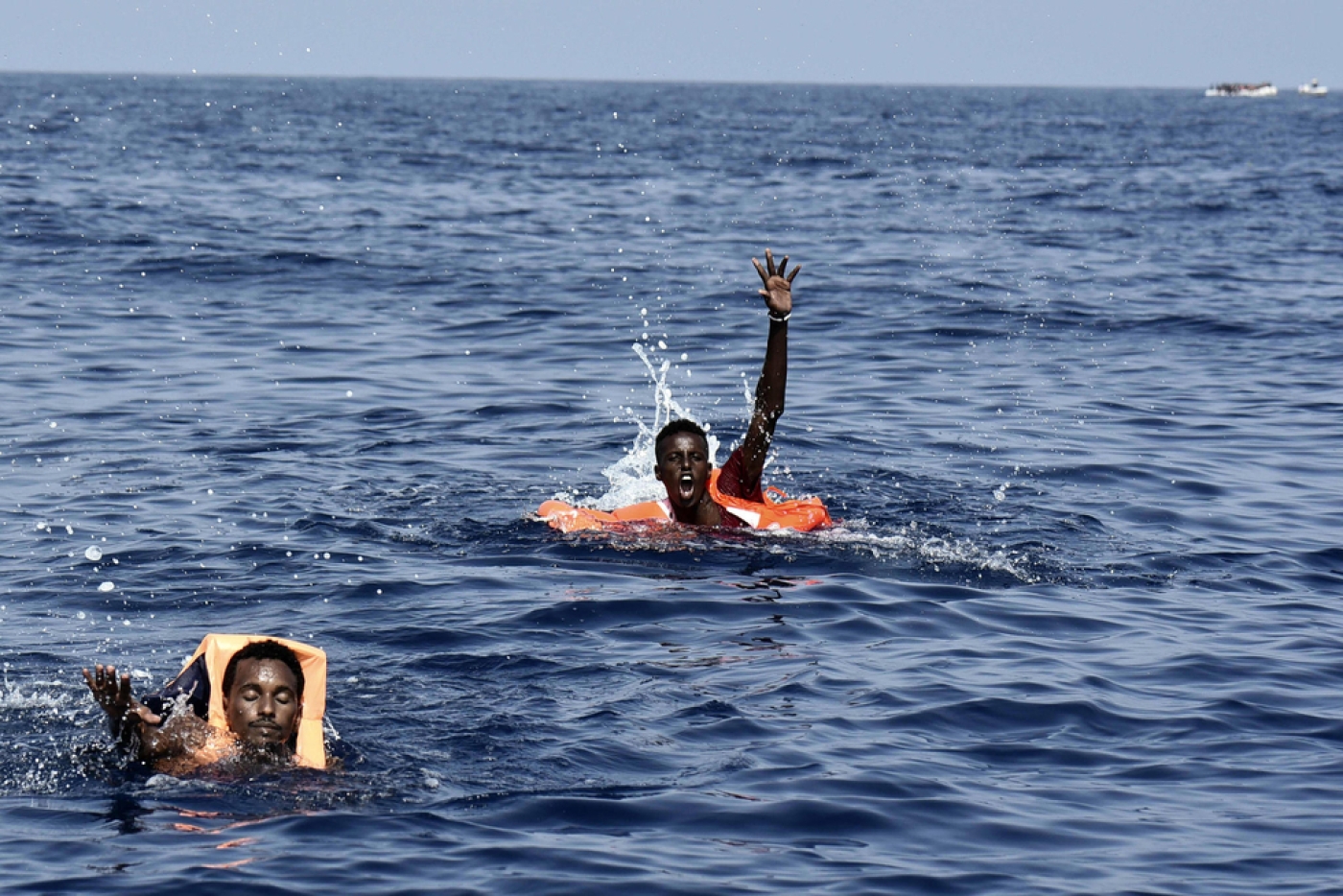 Armed men in a boat marked with the Libyan coastguard’s insignia attacked another boat carrying migrants in the Mediterranean on Friday, killing as many as 25 people who were missing, feared drowned, a German NGO said.

Sea Watch, a charity that carries out rescue operations in the seas off Libya and Turkey, said in a statement Friday that the incident occurred some 14 nautical miles off the coast of Libya.

"A Libyan coastguard vessel arrived and attacked the refugees, [boarding] the rubber boat and hitting them with sticks," the organisation said.

"The violent intervention ... caused a situation of mass panic on board the rubber boat in distress ... causing the majority of the 150 people [on board] to slip into the water."

The organisation said the attackers spoke Arabic without mentioning if they were in uniforms.

Sea Watch said four bodies have so far been recovered, while four other people are receiving medical treatment, and are in a critical condition.

Other bodies were seen floating but could not be recovered, and it was estimated that between 15 and 25 of the people who had been on the board were unaccounted for.

Sea-Watch said in a statement that its two speedboats had been "hassled in an aggressive way" during the attack, "preventing our crew from providing life vests and medical aid to the people in need."

"All of these deaths could have been avoided but for this intervention," Neugebauer added.

The spokesman said the NGO had no way of knowing if the attackers had any contact with the Libyan coastguard or had simply hijacked one of their boats.

"It is hard to know who is doing what in Libya." -Ruben Neugebauer, of Sea-Watch

But Neugebauer said the incident highlighted the dangers inherent in European plans to train and equip the Libyan coastguard to be able to restrict the flow of migrant boats from the conflict-torn country towards Italy.

"It is hard to know who is doing what in Libya," he said. "It shows once again it is not a good idea to build a whole European policy based on these guys. You never know whose hands the equipment will end up in."

The EU training initiative is due to begin at the end of this month following vetting of around 80 Libyan coastguard staff who are due to take part.

A Libyan coastguard spokesman told AFP Friday they had not been aware of the incident involving Sea-Watch.

"If confirmed it is very alarming news," said Flavio Di Giacamo of the International Organisation for Migration (IOM).

This would be the first time that members of the Libyan coastguard have been officially accused of using violent force to effect what are known as “pushbacks”, an illegal operation whereby boats carrying asylum seekers are prevented from reaching their destination in Europe.

The Greek and Turkish coastguards, however, have allegedly been involved in the practice, with Greek coastguards accused of using boat hooks to pierce rubber dinghies packed with migrants, putting them in danger of drowning in the open Mediterranean seas.