Up to 1,400 people are believed to have been killed and thousands more injured in the chemical attack 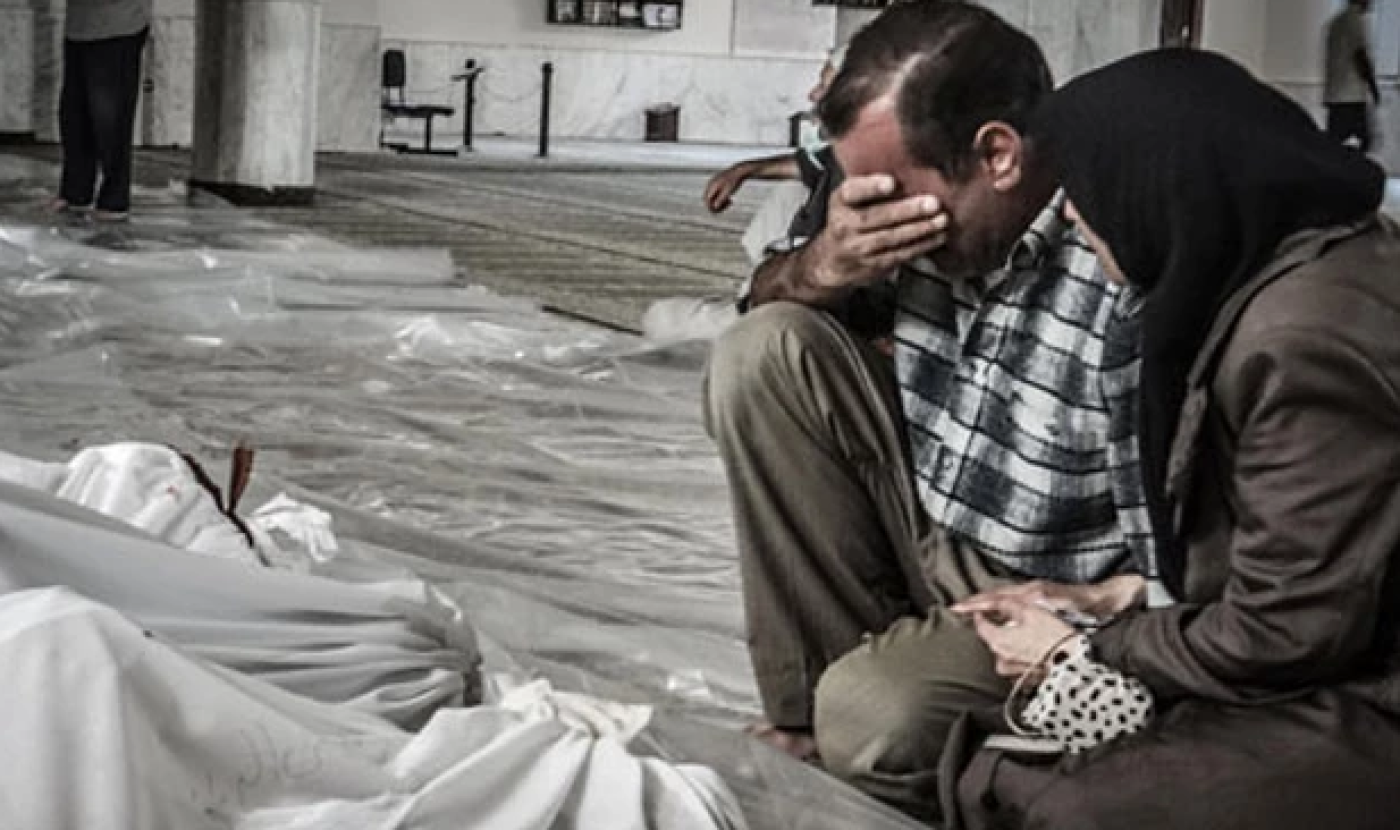 Today, 21 August, marks the second anniversary of a chemical attack that killed up to 1,400 people in the opposition-held area of Eastern Ghouta, just outside the Syrian capital of Damascus.

The West has accused the Syrian government of having fired missiles containing the toxic sarin gas, which affected thousands more people, including many women and children. The government denies this.

Despite international outrage over the incident, which almost caused the US and UK to go to war with the government of Syrian President Bashar al-Assad last year, many feel that two years on there has been no accountability or justice. A much-anticipated UN report into the incident was released last year, but while it concluded that there was "clear and convincing evidence" of chemical weapons use, it fell short of directly apportioning blame.

At the time, shocking scenes emerged showing lifeless people, adults and children alike, lying on hospital floors with no visible sign of outside injuries. One particularly poignant video featured a young girl gasping “I’m alive” repeatedly as a doctor tries to soothe her.

The opposition Syrian National Coalition representative to the Benelux and European Union, Mouaffaq Nyrabia,  on Friday called for the international community to act to protect Syrian civilians.

“In the wake of the recent massacre in Douma and the regime’s continuous use of chemical weapons, I urge the international community to proactively support the urgent need to protect civilians from future massacres. It is shameful that the international community continues to ignore calls to use its assets in the region to impose a no-fly zone that would immediately save the lives of innocent Syrians being killed every day. The failure to act compounds the unnecessary misery of Syrians further and only intensifies the clear risk the Syrian conflict poses to global security.”

Calling the government’s alleged use of sarin as “one of the most heinous war crimes perpetuated against the Syrian people,” Nyrabia said that the Syrian Coalition is continuing to follow up on holding the responsible parties accountable and to find justice for the families of the people killed.

“On this sombre occasion I pay my deepest condolences to the families of those killed,” he said. “To this end we welcome all efforts to hold accountable the perpetrators of ongoing chemical weapons attacks, whether chlorine or any other toxic chemicals.”

He condemned the lack of action from the international community, and stressed that action must be undertaken to curb the number one source for killing civilians - the use of air attacks.

“Two years on from the massacre in Eastern Ghouta, it remains a powerful reminder of the international community’s failure to act in the face of a horrific war crime.

“The EU and wider international community must therefore take practical steps to change the regime’s calculation by preventing its use of the biggest killer in Syria - aerial bombardment - and in turn creating the momentum needed for a political solution.”

2 years after the #Syria government chemical attack on Ghouta, the area still besieged and under regular attack. pic.twitter.com/eAvqBSILrp

Assad has continuously rejected claims that his government uses chemical attacks, and has branded such accusations and subsequent independent investigations as “another fake narrative by the western governments”.

In an interview with channel France 2 on 20 April, Assad denied a string of more recent allegations that since Ghouta his forces have been using chlorine gas, instead saying that that the Syrian army’s current armaments were more effective.

“We have our regular armaments, and we could achieve our goals without it,” he said. “So, we don’t use is. No, there’s no proof.”

Following the chemical attack on Eastern Ghouta in 2013, Assad signed the Chemical Weapons Convention at the urging of the United Nations Security Council. He also pledged to have chemical weapons in the country removed by the Organisation for the Prohibition of Chemical Weapons, but reports surfaced that traces of nerve gas were still found in the country.

"This is a pretty strong indication they [Syrian government] have been lying about what they did with sarin," one diplomatic source told Reuters. "They have so far been unable to give a satisfactory explanation about this finding."

The Syrian American Medical Society, a charity that runs 95 medical clinics throughout Syria, testified in front of the United States Congress in June that the Syrian government uses chemical attacks recurrently. The testimony provided documentation of 31 chlorine attacks between 16 March and 9 June of this year alone.

The society argued that there was no one to blame but the Syrian government, which has sole aerial power, and that the attacks were fired from helicopters.