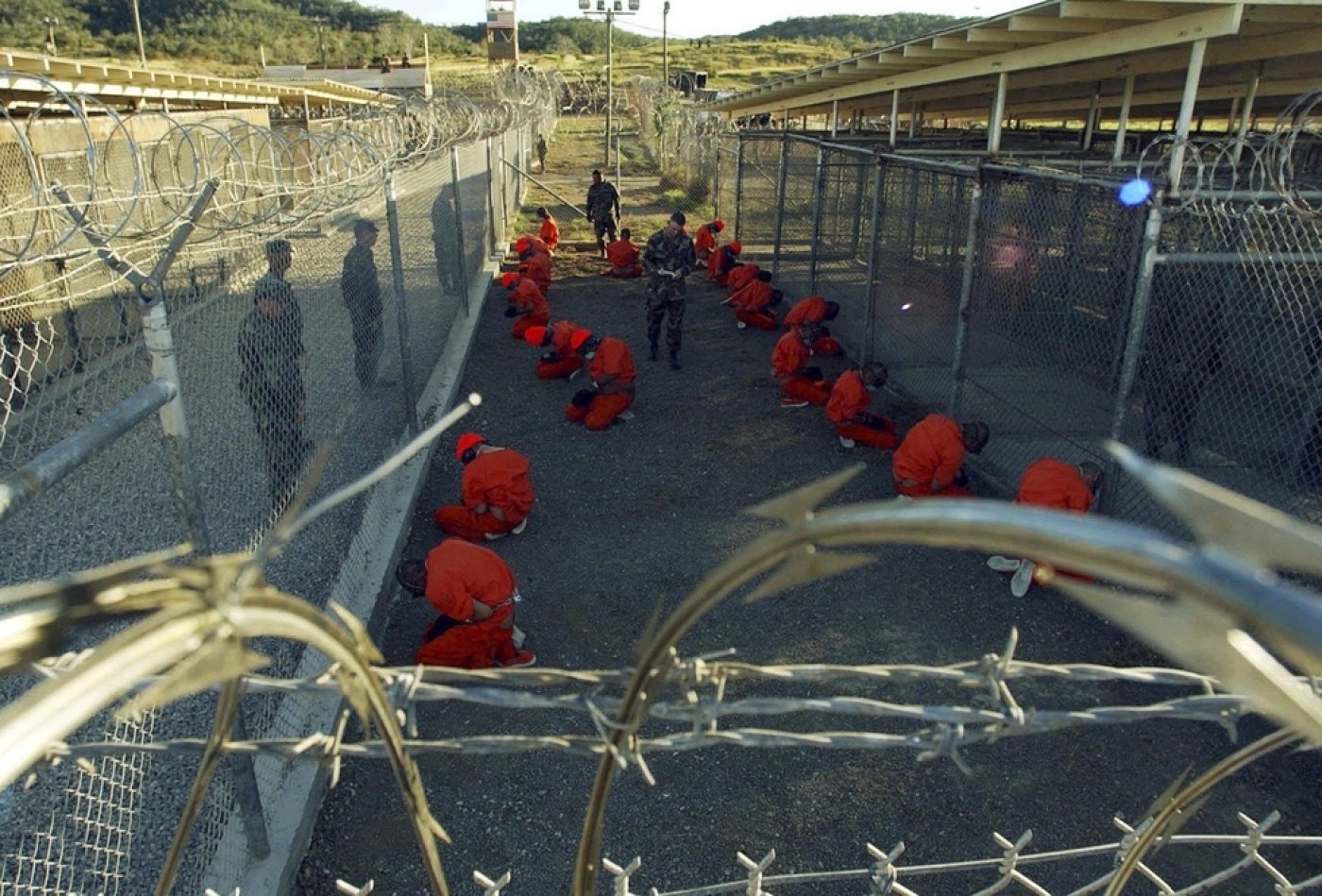 Barack Obama had pledged to close the controversial facility, but has faced obstacles from the Pentagon and others (AFP)
By
MEE and agencies

Four Yemenis released from the US prison at Guantanamo Bay arrived Thursday in Saudi Arabia where they had a tearful reunion with relatives, after the White House rejected a freeze on transfers.

The four were among 59 prisoners who were still being held in the detention centre in Cuba.

In the Saudi capital, an AFP reporter saw the four prisoners after they landed at a terminal normally reserved for royals at the Riyadh international airport.

Prisoners and family members wept as they saw each other for the first time in years.

One of the released inmates, Salim Ahmed bin Kanad, told reporters he felt "born again" after seeing his relatives.

Another, Mohammed Bawazir, said he hoped to move on and forget the past.

On Tuesday, US President-elect Donald Trump tweeted: "There should be no further releases from Gitmo. These are extremely dangerous people and should not be allowed back onto the battlefield."

Saudi King Salman has said the four Yemenis who arrived Thursday will live in the kingdom, where they will take part in a rehabilitation and de-radicalisation programme, the interior ministry said in a statement.

The bearded ex-prisoners appeared healthy and were all dressed in two-piece Pakistani-style tunics.

One prisoner was welcomed by 21 relatives, including children, but only a handful greeted the others.

A lone woman waited for one of the inmates.

Obama came to office eight years ago vowing to shutter the Guantanamo facility because, he said, detention without trial did not reflect American values.

But he has run up against political and legal hurdles, Pentagon foot-dragging and stubborn Republican opposition in Congress.

With Guantanamo's closure blocked, Obama's White House has focused on whittling down the number of inmates.

Before Thursday's transfer, around 20 of the remaining prisoners had been cleared for removal. But finding countries to take them has often proven time-consuming.

Only a handful of those who remain have started moving through military tribunals, including the alleged plotters of the 9/11 attacks.

Guantanamo
Guantanamo: US to transfer 19 detainees to four countries, including Saudi