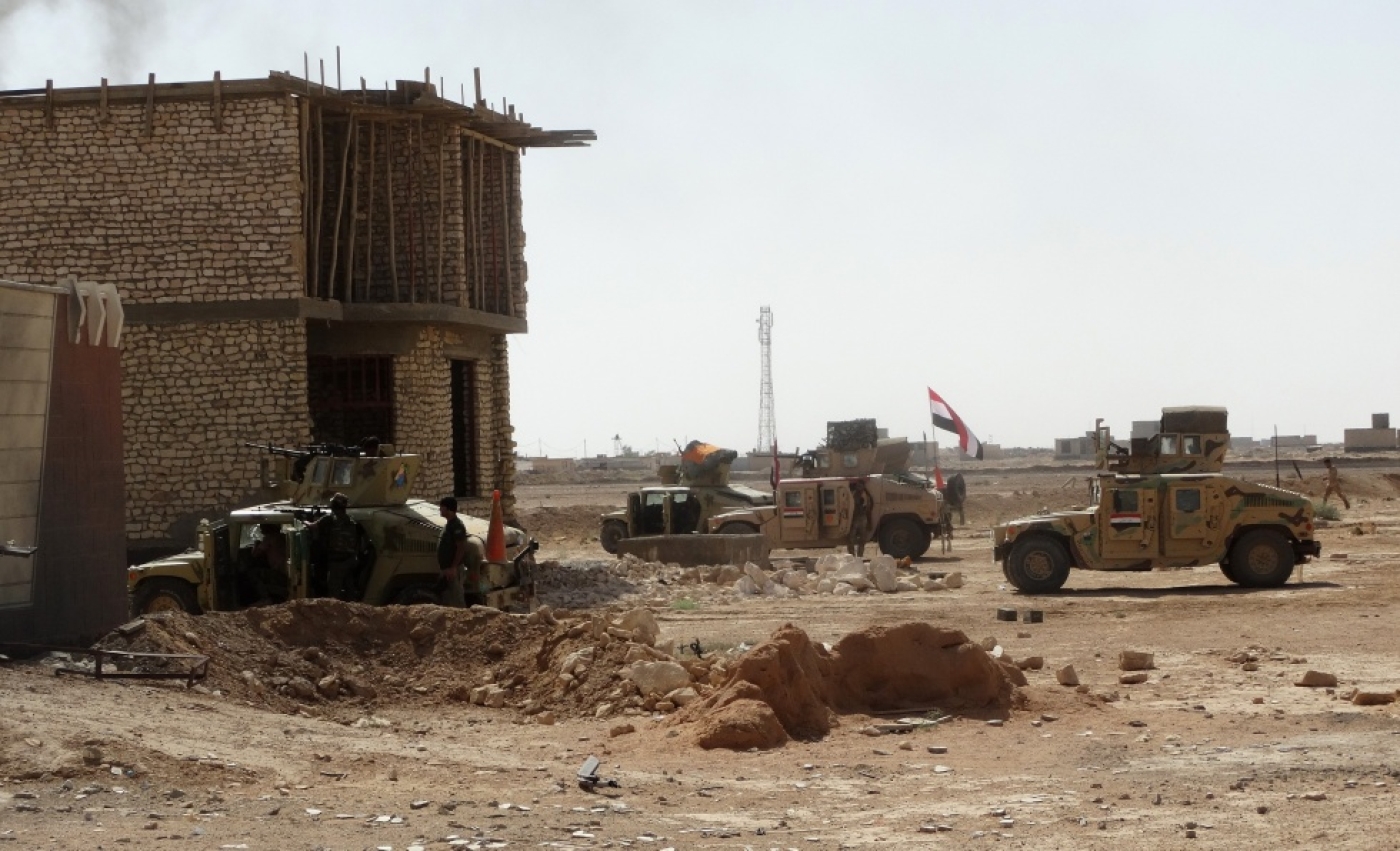 Iraqi security forces and gunmen take positions following clashes with jihadists on 19 September in Ramadi, the capital of the western province of Anbar (AFP)
By
AFP

US troops have deployed to Iraq's frontline western province of Anbar for the first time in the fight against Islamic State jihadists, with 50 preparing the way for a larger contingent, the Pentagon said Monday.

"I can confirm that approximately 50 US military personnel are visiting Al-Asad Air Base to conduct a site survey of facilities for potential future use as an advise and assist operation location in support of Iraq Security Forces," spokeswoman Commander Elissa Smith said.

Some soldiers in the 50-strong team are providing security for the specialists carrying out the survey but the Americans at the air base are not delivering weapons to Sunni tribes, Smith said.

"US forces are not arming tribes in the region; this is a matter for the Government of Iraq and the ISF," she said.

The move comes after President Barack Obama announced plans last week to double the number of American troops in Iraq, approving an additional 1,500 forces that will include trainers and advisers for Anbar.

Parts of mainly-Sunni Anbar province have become a stronghold for the IS group and Iraqi forces have been on the retreat in recent weeks, falling back to the Asad air base.

The desert airfield was once a sprawling hub for American troops and aircraft during the 2003 to 2011 occupation of Iraq.

A string of battlefield defeats for Iraqi forces has led to warnings that Anbar, which stretches from borders with Syria, Jordan and Saudi Arabia to the western approach to Baghdad, could fall entirely.

The IS group has carried out mass executions in recent days to sow terror in Anbar, targeting a tribe that fought against the jihadists, Iraqi officers and tribal leaders say. Iraq at War
Iraq Sunni exiles: power-sharing is the way to defeat IS