7 arrested after outrage at 'mass sexual assault' in Egypt 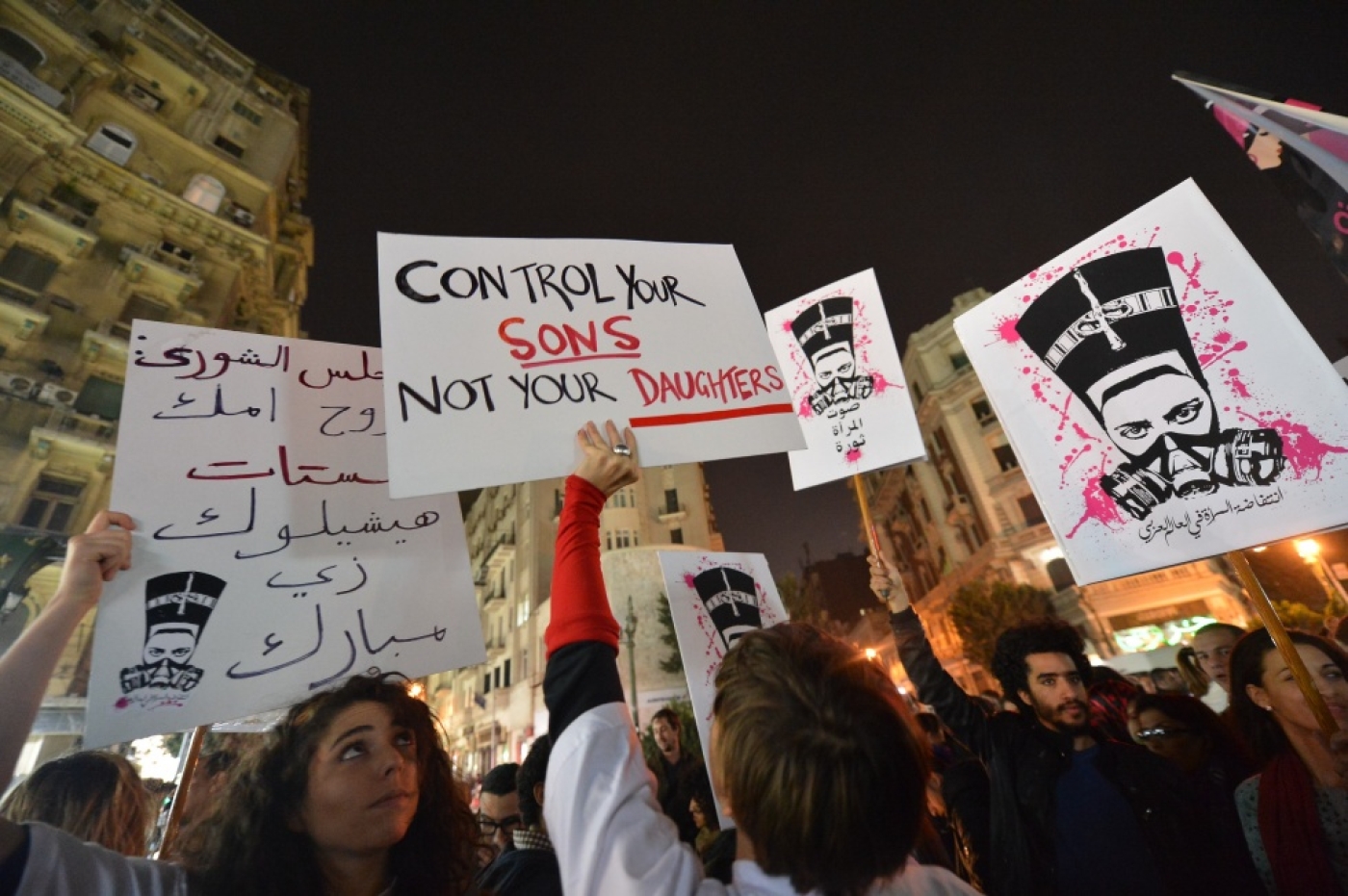 Egyptian police arrested seven men on Monday who are accused of sexually assaulting women in the capital Cairo during celebrations on Sunday evening to mark the inauguration of former army chief Abdel-Fattah al-Sisi as the country’s new president.

The arrests come after a graphic video posted to YouTube late Sunday purported to show a mass sexual assault in the city’s iconic Tahrir Square. It featured a lone police officer struggling to escort a woman, stripped of her clothes and badly bruised, to an ambulance away from a crowd of men.

The clip has been shared widely on social media, receiving over 250,000 views in less than 24 hours, sparking widespread condemnation and outrage. A security official authenticated the video, according to the AFP, and said police had arrested seven men for assaulting and stripping the 19-year-old student.

The woman has been transferred to a hospital and prosecutors are looking into the attack, the official said, adding that the seven men also stand accused of being involved in three other cases of sexual assault. The Egyptian interior ministry has also released a statement saying police had arrested seven men aged 16-49 as “they had [sexually] harassed a number of girls during the celebrations in the Tahrir area”.

Social media users have reacted with anger, both to the incident itself and the labelling of it as “harassment” by authorities.

For the record, what has happened in #Tahrir yesterday was rape and assault; not just "harassment." #Egypt

Stop saying "harassment" to describe rape or sexual assault in Tahrir! When a mob assaults you it's not "harassment" #Egypt

Organisations focusing on the Middle East have been swift in their condemnation, emphasizing the deep-set nature of such incidents in Egypt.

“This instance is only the most recent in what now appears to be an epidemic of sexual violence in the country,” said The Tahrir Institute for Middle East Policy, a Washington-based think tank, in an online statement. “Sunday’s horrific gang rape sadly proves that while the recent laws criminalising sexual harassment are a small step toward justice, the problem of sexual violence cannot be solved by legislation alone,” it added.

“It is absolutely unconscionable that any person should live in pervasive terror of sexual aggression.”

As the celebrations took place on Sunday evening, a correspondent for the pro-Sisi Tahrir Channel began to explain that incidents of sexual assault were taking place and news anchor Maha Bahnasy, who was laughing in the background, was heard to say "the people are having a good time".

Host Bahnasy's comments sparked much anger on social media, prompting an apology from the host who said her remark "wasn't directed at the correspondent and I'm sorry if has been understood like that as it isn't what I meant at all".

Cases of sexual violence are commonplace in Egypt, with the “I Saw Harassment” activists group documenting five cases of assault by mobs on Sunday evening alone. 99.3 percent of women have experienced some form of sexual harassment, according to a UN study published last year.

Sexual harassment was criminalised for the first time in the country’s history last week, with former interim president Adly Mansour issuing a decree that makes it a crime punishable by a minimum six-month prison sentence and a fine of up to 3,000 Egyptian pounds ($420).

“This decree represents a renewed opportunity for all of society to take an active role in standing up to this crime,” said Harassmap, a group working to end harassment in Egypt. “This law makes it once again clear that the harasser is the criminal, and not the harassed, which should encourage anyone who is being harassed to speak up and not feel guilty or ashamed."

“Bystanders should also feel responsible for intervening and offering support to the harassed, including by taking the harasser to the police station and/or acting as witnesses," the group added.

A demonstration has been organised, posted to Facebook, for people to gather publicly on 14 June to call for an end to sexual violence in Egypt. Nearly 5,000 people have confirmed they will attend the march so far.