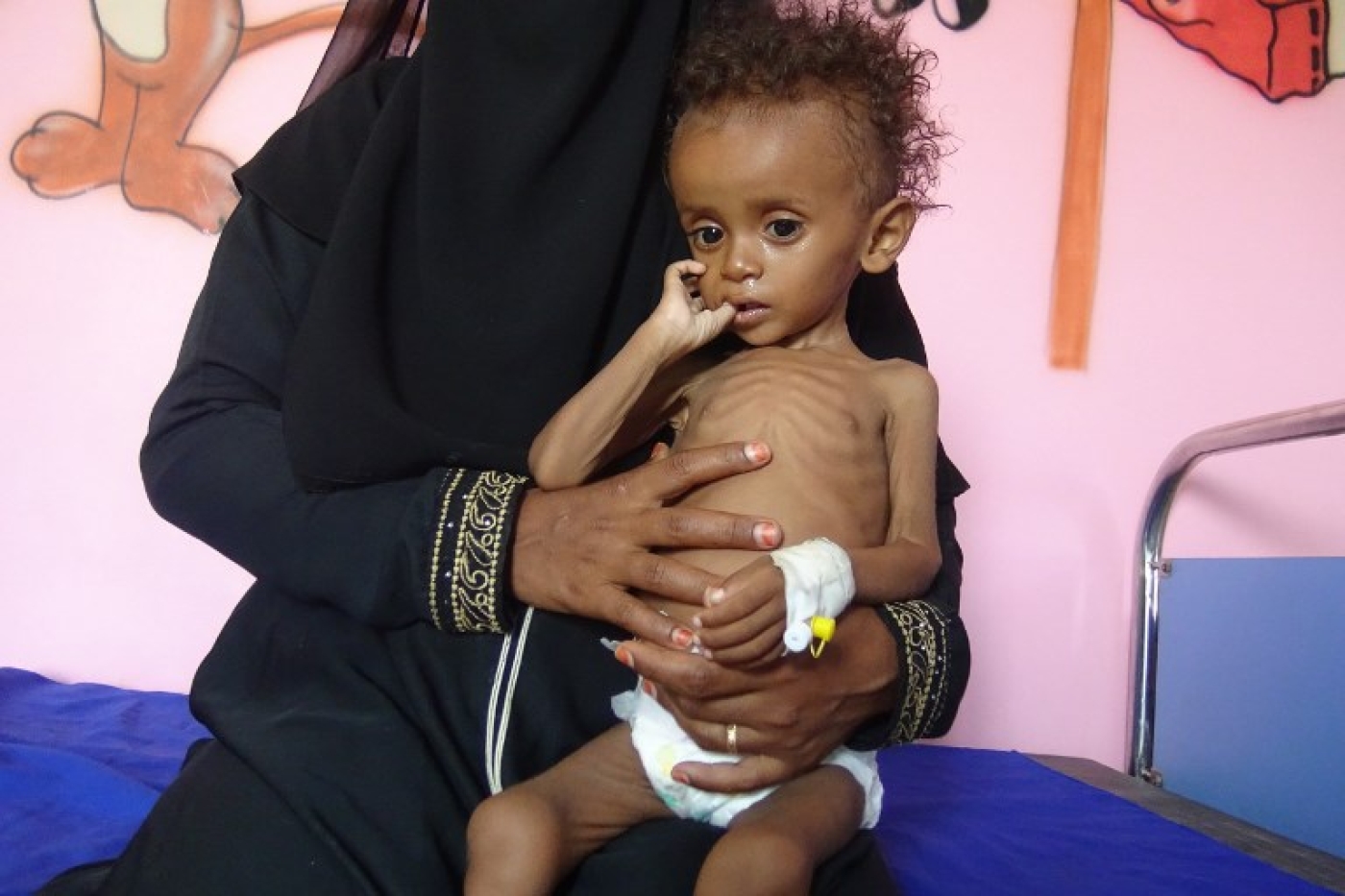 About 20 million Yemenis are food insecure, UN agencies said on Saturday, adding that the conflict ravaging the impoverished country is the key driver behind rising hunger levels.

"As many as 20 million Yemenis are food insecure in the world's worst humanitarian crisis," a joint statement by the UN's Food and Agriculture Organization (FAO), the children's fund UNICEF and the World Food Programme (WFP) said, according to AFP.

Yemen's war and the ensuing economic collapse have left 15.9 million people, 53 percent of the population, facing "severe acute food insecurity" and famine is a danger if immediate action is not taken, Reuters reported.

"In a war waged by adults, it is the country's children who suffer first and suffer most," said UNICEF executive director Henrietta Fore, in the statement. "Thousands of Yemeni children could die from severe malnutrition if conditions, including conflict and economic crisis, do not improve soon. Warring parties must choose whether to end the fighting, and save lives, or fight on, and cause more children to die."

The latest report comes as Yemeni government representatives and a rebel delegation are holding UN-brokered peace talks in Sweden. On the table at the talks is the fate of Hodeidah, the last rebel stronghold on Yemen's Red Sea coast and the conduit for 90 percent of vital food imports.

WFP head David Beasley said: "We need a massive increase in aid and sustained access to all areas in Yemen in order to rescue millions of Yemenis. If we don't, we will lose an entire generation of children to hunger," he warned.

According to an analysis by the Integrated Food Security Phase Classification (IPC), whose analysis is necessary to decide whether to declare famine in countries, the 20 million people facing "severe acute food insecurity" represent 67 percent of Yemen's population.

"What the IPC tells us is alarming," said Lise Grande, UN humanitarian coordinator for Yemen.

"This scale-up is an ambitious undertaking for WFP, which will demand massive resources both logistical and financial," said Herve Verhoosel.

"WFP has enough food stocks in country for now, but will need $152m a month to sustain its scale-up into next year."

The world's worst humanitarian crisis escalated in Yemen after a Saudi-led coalition launched an offensive to support the government against Iran-aligned Houthi rebels in March 2015.

It has killed at least 10,000 people, according to the World Health Organization.

The armed conflict was at the top of a list of the "key drivers of food insecurity," which has been further exacerbated by a protracted economic crisis in the impoverished Gulf peninsula country.

Yemen's finances have been devastated by the conflict, with the World Bank reporting the economy has contracted by about 50 percent since 2015.

Unemployment is running at more than 30 percent, and inflation is projected at about 42 percent, while most state employees are not paid.

A slide in the value of the riyal also has caused food prices in the famine-threatened country to soar.

"A large proportion of the population, even in more stable areas, cannot access basic food commodities because food prices have jumped by 150 percent compared to pre-crisis levels," the statement said.