Eight activists who were arrested for blocking access to a London arms fair in September, including a Bahraini human-rights campaigner, have been acquitted.

Delivering the verdict on Friday, the judge in Stratford Crown Court also said there was "compelling evidence" that illegal arms were sold during the Defence and Security Equipment International (DSEI) arms fair.

The peace campaigners, who were all found not guilty, had argued that they obstructed the road leading to the arms fair to prevent the weapons on sale being used to commit future war crimes.

Isa al-Aali, 21, a Bahraini human rights activist granted asylum in the UK after an uprising in his country in 2011 was brutally suppressed, was among those on trial.

“I was honoured to take part in preventing weapons to repressive regimes, uses them to kill innocent civilians,” he tweeted following the verdict.

“Our action was legitimate and judge ruling today showed us justice, which I haven't seen in my home country.”

Speaking outside court on Monday, the first day of the trial, he told The Guardian he had been tortured many times when living in Bahrain, and explained his involvement in the protest.

“I’ve been arrested many times and tortured, and so have other Bahrainis. The dictatorship uses arms to kill the people and because of that I was against the arms sales. My family are still in Bahrain and their lives are in danger.”

The defendants said weapons on sale at DSEI included banned cluster munitions and illegal torture devices, and that these were intended for countries such as Saudi Arabia, Israel, Pakistan and Turkey.

They admitted that they blocked the highway leading to the event, but relied on a defence stating that they acted to prevent greater crimes.

It is thought to be the first time in British legal history this defence has been used in relation to an arms fair protest.

Throughout the trial, expert witnesses spoke about the increasing value of Britain's arms trade with countries such as Bahrain, which uses weapons to repress its own citizens, and the use of UK arms in Saudi Arabia's campaign against Yemen, which has left many civilians dead.

Witnesses also looked at the internal repression of the Kurdish minority in Turkey.

The day before Friday’s acquittal, prosecutors had argued the five men and three women could resort to more violent actions, but District Judge Angus Hamilton dismissed the claim.

Judge also said he does NOT accept that a not guilty verdict will "open floodgates" for anarchy in the UK, as the Crown argued. #StopDSEI

Judge also said he does NOT accept that a not guilty verdict will "open floodgates" for anarchy in the UK, as the Crown argued. #StopDSEI

The judge said that the protesters' claims on illegal weapons being sold at the event deserved an official response.

“It was not appropriately investigated by the authorities,” he said. “This could be inferred from the responses of the police officers, that they did not take the defendants’ allegations seriously.”

The eight activists issued a joint statement after the trial saying they were "compelled to try to prevent war, repression, torture and genocide and we stand by our actions".

“We do not believe that we should have been on trial this week and denounce the UK government’s complicity and actions in supporting the arms trade; and in perpetuating war and repression around the world. We oppose the sale of arms based on corporate greed and profit and seek radical change.

“We come from the UK, Bahrain, Belgium, Chile and Peru in the belief that as the arms trade takes place at a global scale, our resistance has to be global and it should have no borders.

“Over the week, we have put DSEI and the arms trade on trial and we have proven them to be illegitimate. Our only regret is that we didn’t succeed in shutting down DSEI.”

The verdict comes in the same week that a leading lawyer told a committee of UK members of Parliament that Britain was breaching international laws by selling weapons to Saudi Arabia.

Philippe Sands QC and his team had been asked by Amnesty, Oxfam and Safer World to provide a legal opinion on whether the UK was breaking any laws by continuing to sell weapons to Saudi Arabia that it knew could be used in its more than year-long campaign in Yemen.

“It appears clear that coalition forces are engaged in violations of international humanitarian law,” Sands said.

“In those circumstances, an assurance given by the Saudis does not appear to be worth the paper it is printed on. If I were a minister, to rely on such an assurance in the face of a report by a Security Council group of experts … I would be extremely anxious.” 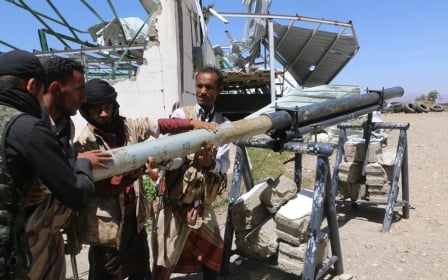 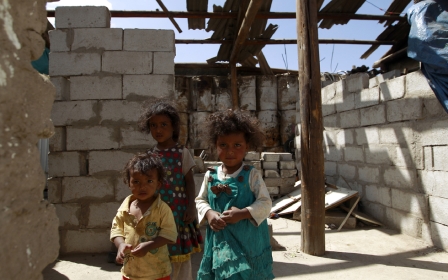