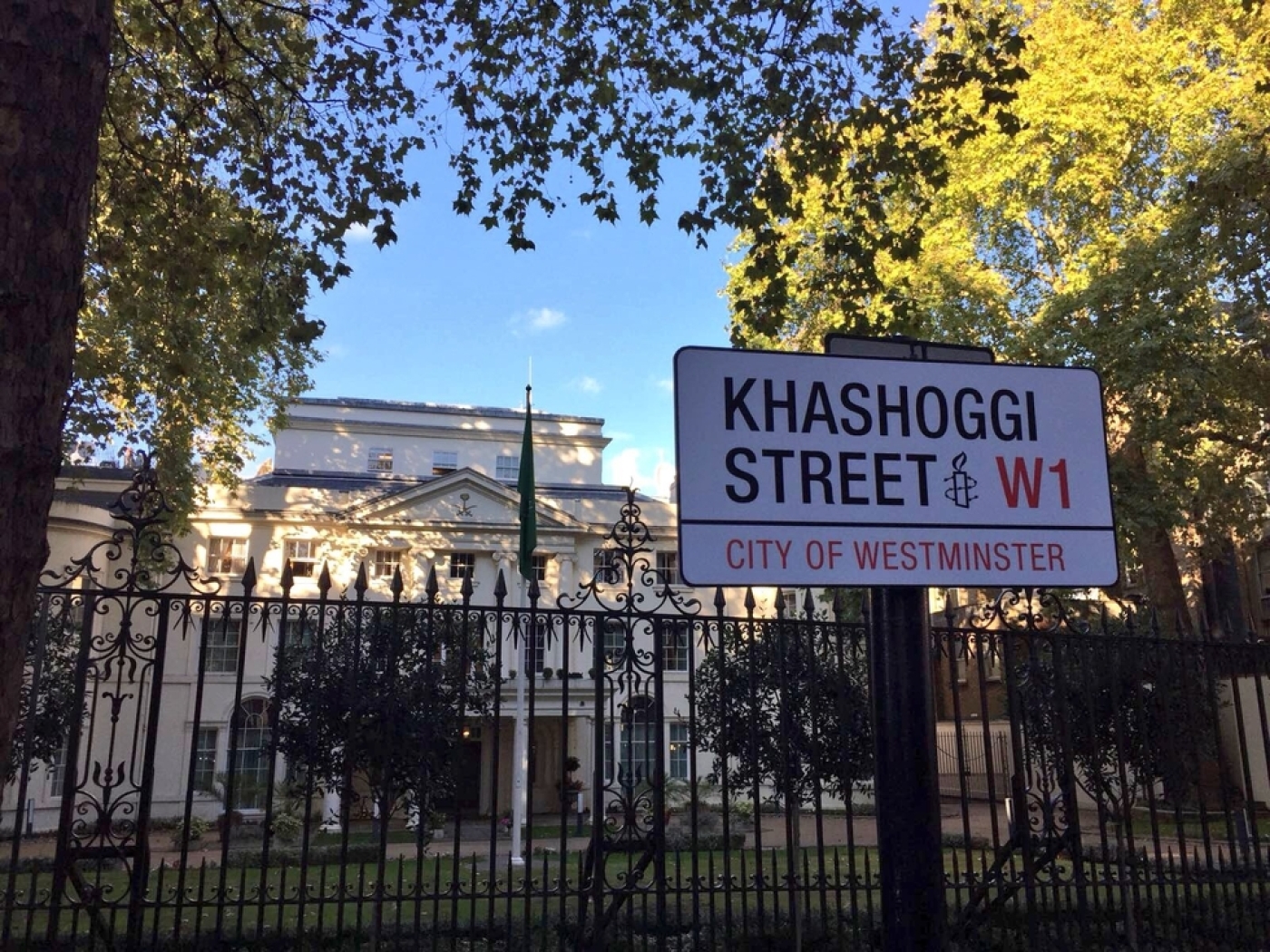 Amnesty International has symbolically renamed the street outside the Saudi embassy in London "Khashoggi Street," to mark one month since the killing of Saudi journalist Jamal Khashoggi.

Activists erected a mock street sign on Friday in central London, just outside the gates of Saudi Arabia's embassy in the UK capital.

"The whole world has been shocked by this grotesque killing, and it's vital that we don't let the outrage fade away without justice being done," said Kate Allen, Amnesty International UK's director, in a statement.

Khashoggi, a Saudi critic and prominent columnist for the Washington Post, was last seen entering the Saudi consulate in Istanbul on 2 October.

While Saudi officials initially insisted he left the building unharmed, their story has changed repeatedly over the last month.

Last week, as more details of a Turkish investigation into what happened have been revealed, Saudi Arabia's public prosecutor said Khashoggi's killing was premeditated.

Turkish officials have said they believe Khashoggi was tortured, killed and dismembered inside the consulate. Saudi agents then dissolved his body in acid, a senior Turkish official said on Friday.

"We now see that it wasn't just cut up, they got rid of the body by dissolving it," said Yasin Aktay, a top adviser to Turkish President Recep Tayyip Erdogan.

Critics have accused Saudi Arabia’s powerful crown prince, Mohammed bin Salman, of being involved in the journalist's killing. The Saudis have denied that bin Salman, also known as MBS, had any knowledge of the murder or its subsequent cover-up.

Instead, they have pointed the finger at several high-ranking officials, including a top aide to MBS, Saud al-Qahtani, who was recently sacked as part of Riyadh's investigation.

"We need to see Jamal Khashoggi's killers brought to justice - not only those who actually carried out the murder, but those who ordered it and knew it was about to happen," Allen said.

She also urged the UK government to re-evaluate its relationship with Saudi Arabia and halt arms sales to the Saudi-led coalition fighting in Yemen.

"The UK needs to completely re-appraise its relationship with Saudi Arabia, moving on from its failed softly-softly 'engagement' approach to one where ministers raise human rights openly and frankly with their counterparts in Riyadh," she said.

In the wake of Khashoggi's killing, several countries have been under pressure to suspend their ties to the Saudi government, including the UK and US.

Journalists and human rights groups have also called for the United Nations to launch an independent investigation.

On Friday, more than 100 writers, artists and activists sent an open letter to UN Secretary-General Antonio Guterres, urging him to launch such a probe.

"If true, the murder of a journalist inside a diplomatic facility would constitute nothing less than an act of state terror intended to intimidate journalists, dissidents, and exiled critics the world over," the letter reads.

"We therefore respectfully call on you to immediately authorise an independent, international investigation into the murder of Jamal Khashoggi that would lay the groundwork for identifying and holding accountable the perpetrators of this grievous crime." 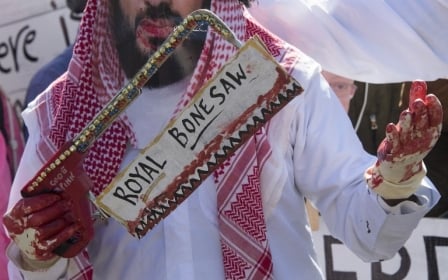 Inside Saudi
After Khashoggi, the myth of the benign Arab monarchy is dead
Madawi al-Rasheed