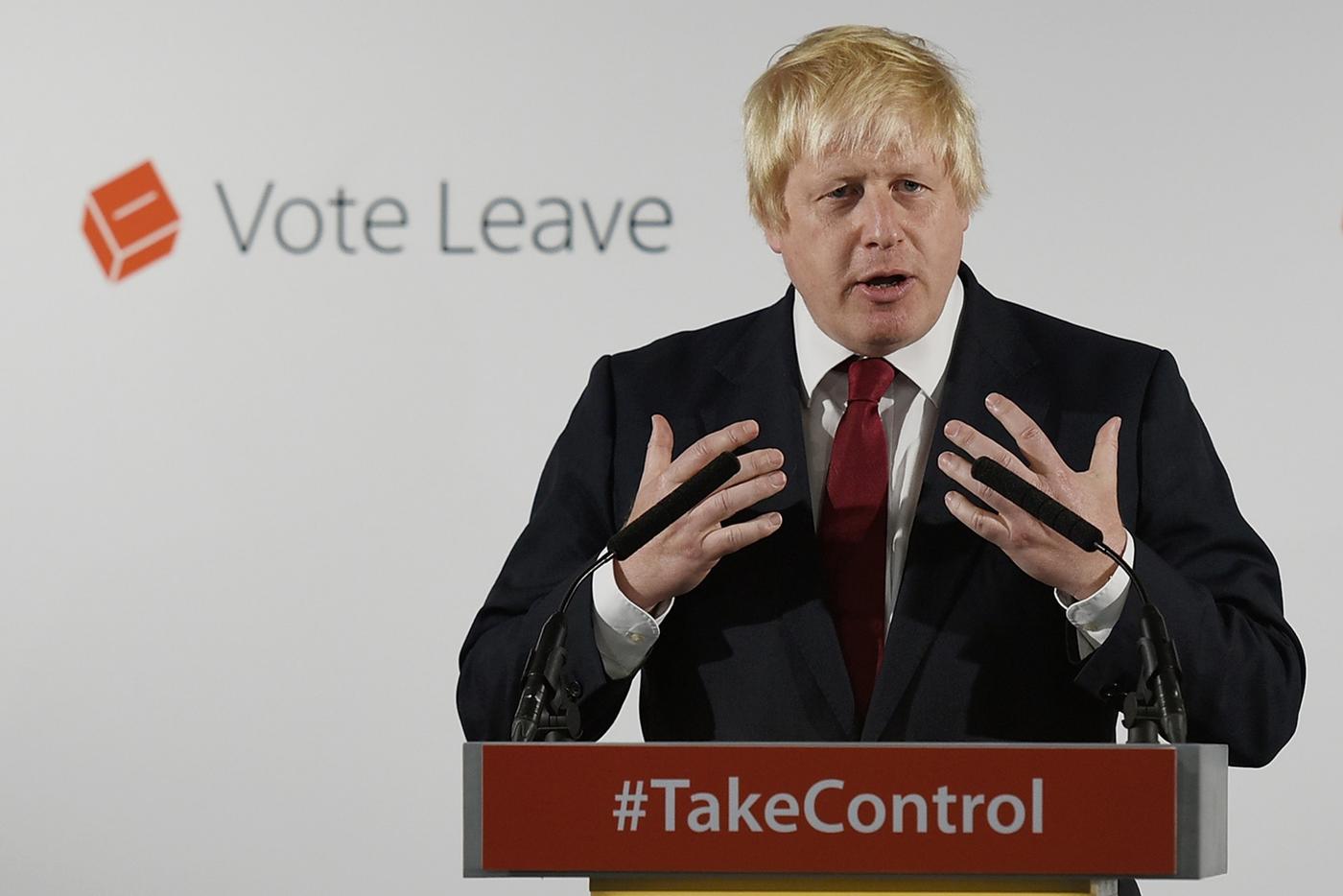 The ballots have been counted, David Cameron has announced his resignation as prime minister and Britain is officially heading out of the EU after a shock referendum result that will also usher a new, more right-wing clique of Conservatives into the top rungs of governmental power.

Much remains to be hammered out over the coming months, and those tipped to succeed Cameron will shape not only relations with the EU, but also policy areas such as defence, foreign affairs and immigration, which in turn will affect the Middle East.

Middle East Eye has compiled the facts about the three most likely successors to Cameron, two of whom were prominent in the Brexit camp, while the third walked a fine balancing line. 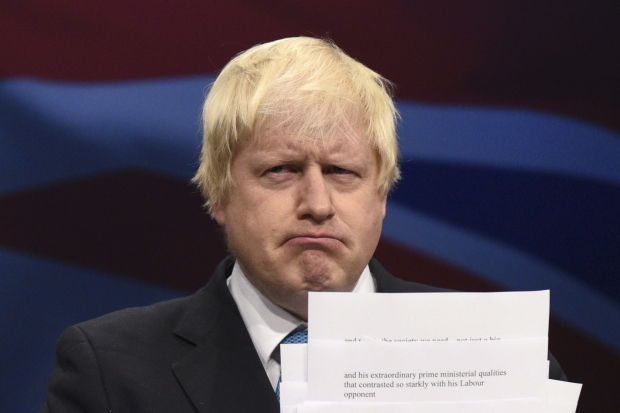 The former London mayor, who has twice sat as a Conservative MP, is best known for his eccentric hair, bumbling antics and to a lesser degree his flip-flopping politics.

Despite his very British upbringing – Eton followed by Oxford – Johnson’s great-grandfather was Turkish. The former journalist has often spoken of his fondness for the country.

In 2006, Johnson made a BBC documentary that in effect advocated for Turkey to join the EU, in which he said: "I believe our generation has a historic chance ... to build a bridge between the Islamic and the Christian worlds" and that two halves of the ancient Roman Empire could be "reunited in an expanded EU”.

“The crowning irony is those who would keep the Turks out, on the grounds that they are un-European, would thereby disbar the city that for a thousand years was the heart of the Roman Empire and which preserved our European civilisation,” he said in the film.

Such rhetoric clashes with the Brexit referrendum "Leave" campaign, which he supported and which sent out posters and railed against 75 million Turks joining the EU – a move critics slammed for “stoking the fires of prejudice”.

Johnson also won a controversial competition earlier this year for writing the “most offensive” poem about Erdogan, in which he called the Turkish leader a w***** and said he had intercourse with goats, lyrics that will likely render any future meetings between the two less than comfortable.

Similarly, while Johnson previously wrote that the EU had brought decades of peace to the continent, he has since backtracked, saying the argument was “wholly bogus”.

In terms of his wider Middle East policy, Johnson has been very open about his belief that the UK needs to have closer working relations with rich Gulf monarchies, reportedly saying that London has become the “eighth emirate” amid increasingly close ties.

The success rate of investments, however, has been mixed. While Dubai invested $2bn in a new deep-water port at London Gateway, Johnson has also courted less-successful Gulf investments, including the financially troubled Emirate Air Cable Car in Greenwich.

And he has been heavily criticised for accepting first-class flights and stays at luxury hotels from oil-rich Arab states and businessmen.

His close relations with the Gulf, however, have not necessarily translated into support for their positions abroad. While Johnson voted to strike the Islamic State (IS) group in Syria last year, his stance on Syrian President Bashar al-Assad and his Russian allies has been hesitant but conciliatory.

Johnson voted for the Iraq invasion in 2003, but has in the aftermath called former PM Tony Blair an "eel-like customer" and accused him of being "unhinged" on Iraq.

Earlier this year, he wrote a controversial column saying “Bravo Assad - he is a vile tyrant but he has saved Palmyra from Isil [IS],” also writing that it was necessary to work closely with Russian President Vladimir Putin and Assad, as they represented the best chance to beat IS.

Johnson also has a mixed track record on immigration.

In 2013, when he was still London mayor, he proudly wrote that he was “the only British politician who will admit to being pro-immigration”.

As a descendant of immigrants he said “talented people” with something to offer should be allowed to come to the UK, a message that played well with his then London constituents, who overwhelmingly voted to remain in the EU.

While the idea of a point system that allows talented people with needed skills to come to the UK has been praised by some in the Leave camp, the tone has been decidedly anti-immigrant.

Current London Mayor Sadiq Khan, a Labour Party pro-EU candidate who replaced Johnson, accused him of starting “off with platitudes about immigration” then conducting a campaign that “hasn’t been Project Fear, it’s been Project Hate”. 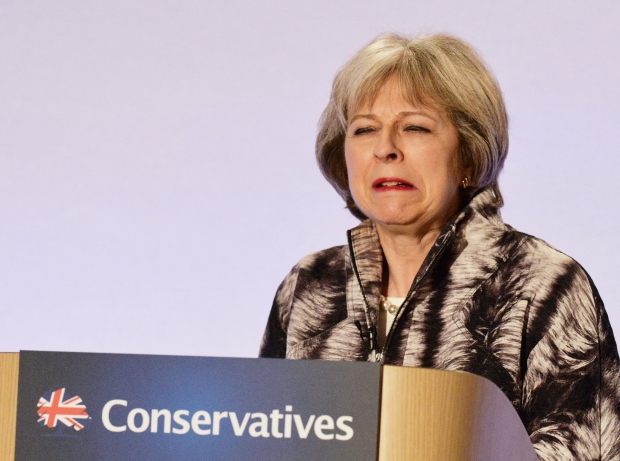 Theresa May campaigned as part of the Remain camp but was careful to stress her objections to many parts of the British-EU relationship, specifically the UK being subject to the European Court of Human Rights.

She has also been a firm anti-immigration voice in the party, rejecting EU refugee resettlement schemes and initially blocking calls to allow thousands of unaccompanied minors into the UK.

Since becoming home secretary in 2010, the Oxford graduate and long-time MP for Maidenhead (a constituency west of London) has actively campaigned to deport terrorism suspects and has stripped 33 people of their British citizenship on terrorism grounds.

She fought a drawn out but ultimately successful battle to deport Abu Qatada, a Muslim preacher who advocated violence, and allowed him to be flown to Jordan in 2013.

However, her efforts to deport other suspects accused of having terrorist links have been frustrated by the courts, which have sometimes refused to allow people to be returned to countries where they could be at risk of torture.

Late last year, she went on the offensive, saying that “the game was up” for members of radical militant groups, although she offered few details about her intentions.

She also said that future Conservative governments would fight to ensure that citizenship was granted only to those who embraced British values.

May has similarly cracked down on students, deporting thousands after an English test cheating scam was uncovered at a school by a BBC investigation in 2014.

While the BBC found problems only at one school, May decided to strip almost 60 schools of accreditation and began rounding people up for deportation. The move was quickly challenged in the courts, which ruled that May had overstepped her authority and did not have sufficient information to deport people.

“The Home Office behaved like a tin-pot dictatorship: detaining innocent people, accusing them of made-up charges without providing anything to back it up, denying them their day in court and then deporting them,” Politics UK journalist Ian Dunt wrote last year.

May voted in favour of bombing Syria in 2013 and 2015 and backed the Labour government's decision to invade Iraq in 2003.

Michael Gove, lord chancellor and secretary of state for justice 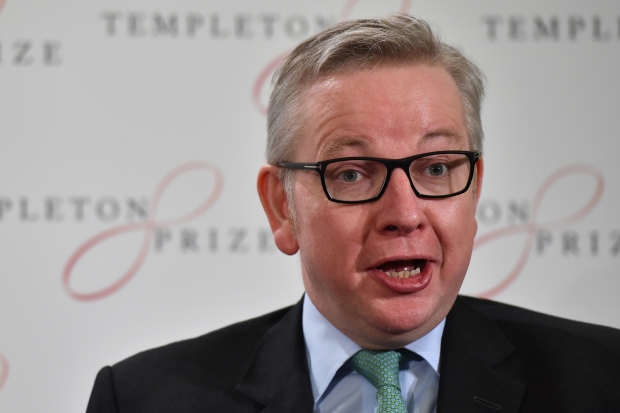 Described by a former colleague as a mixture of Jeeves, the over-the-top fictional British butler, and the revolutionary Che Guevara, 48-year-old Lord Chancellor and Justice Secretary Michael Gove has spent much of the past year pushing for Britain’s exit from the EU.

Gove may have been, as insiders say, the brains behind the now-triumphant Brexit campaign to Boris Johnson’s fluffy brawn.

He earned the most votes to succeed Cameron in a recent Conservative Home website poll, but he has ruled himself out.

“I don’t want to do it, and there are people who are far better equipped than me to do it,” he told the Daily Telegraph.

Gove’s background differs vastly from his fellow challengers and from the rest of his party. Adopted when he was four months old, he grew up in Aberdeen and was educated at public school.

He was a strong supporter of the 2003 invasion of Iraq, reportedly saying that the war would bring democracy to the country and region. Five years later, he described the invasion as a British foreign policy success.

In his 2006 book, Celsius 7/7, Gove describes political Islam as a threat akin to communism and Nazism.

The book's summary states that Gove "explores the roots of Islamic rage, the historical factors which culminated in the current terrorist campaign and the Muslim world's troubled accommodation with modernity".

In government, Gove has been a lightning rod for criticism and prone to outbursts. In August 2013, he voted in favour of UK action against Syrian President Bashar al-Assad, and reportedly railed against those who opposed it.

"I watched the English Education Secretary Michael Gove shout, 'A disgrace, you're a disgrace' at a number of Conservative and Lib Dem rebels," Scottish National Party parliamentary group leader Angus Robertson said after the vote.

The motion was rejected by parliament.

He has said the Boycott, Divestment and Sanctions (BDS) movement, the global campaign to put economic and political pressure on Israel, leads to anti-Semitism and that he supports a proposed ban to prevent local UK councils, the NHS and publicly funded universities from instituting boycotts.

“[BDS] calls for the shunning of Jewish academics, the boycott of Jewish goods, the de-legitimisation of Jewish commerce,” he told the third Inter-Parliamentary Coalition for Combating Anti-Semitism in Berlin in March. “We have seen these all before. And we know where it takes us.”

Gove, who drew criticism from teachers associations and unions as he sought to expand academies as education secretary, lost his cabinet position in 2014 when Cameron, a close friend, demoted him to the role of chief whip.

Weeks before his demotion, Gove’s row with Theresa May over the "Trojan Horse" affair, alleged infiltration of schools in Birmingham by conservative Islamic groups, appears to have been the final straw for the PM.

Cameron had decided Gove was “toxic”. On the crest of the Brexit wave, a post-Cameron Conservative party may decide differently. 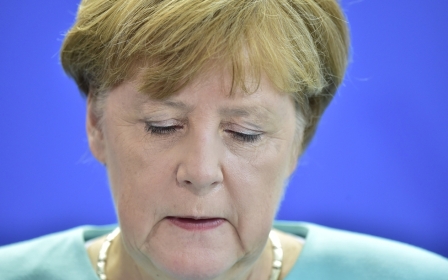 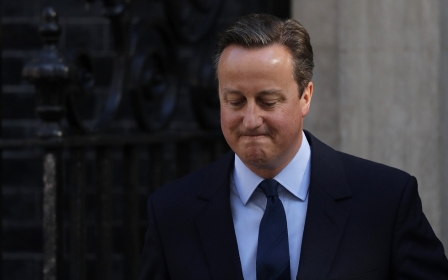 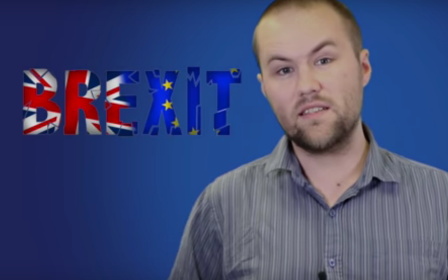 Politics
90 Seconds: Impact of 'Brexit' on the Middle East and UK foreign policy