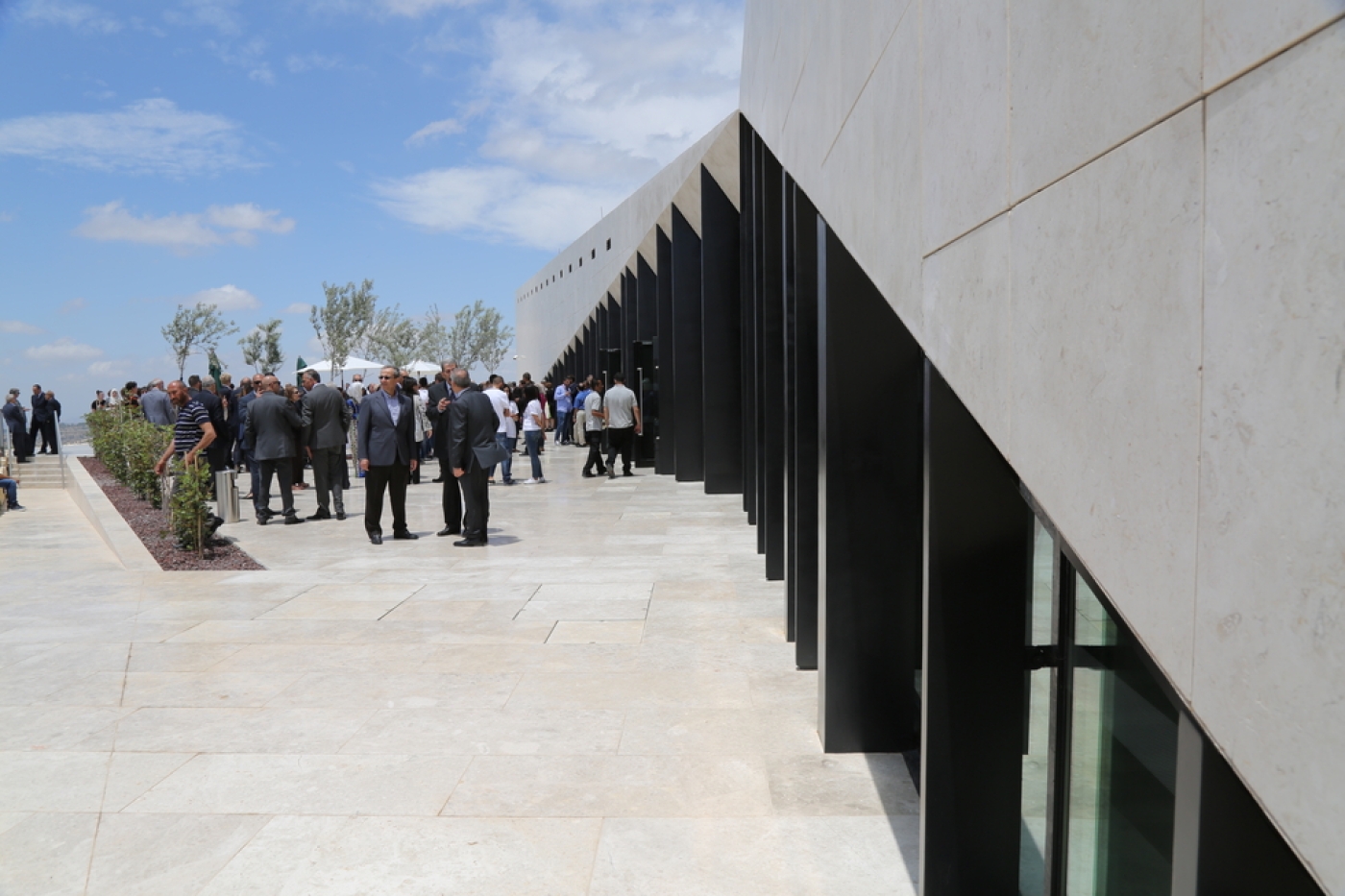 BIRZEIT, West Bank – After almost 20 years of planning and construction, the Palestinian national museum – the first of its kind and touted as "a safe place for unsafe ideas" - opened on Wednesday.

Inaugurating the $28m museum and the first green building in the Occupied Territories, Palestinian President Mahmoud Abbas told a crowd of officials and business leaders that the museum will “preserve the Palestinian people’s memory”.

"What we have to do is build state institutions. This state and these institutions are being built now, thank God. The only thing left is declaring independence,” Abbas said.

Built on land donated by Birzeit University, the museum was funded in part by Taawon-Welfare Association, a Palestinian non-profit organisation.

A photography exhibit portraying the lives of 300 Palestinians around the globe was set to open with the museum’s inauguration, but was put on hold, so the museum is currently empty. Organisers say it will feature documentary projects, activities and exhibitions focused on Palestinians, with the first due to open in October.

“The most important thing about this museum is that it represents the real Palestinian will and power, and can face the Israeli claims, narratives and the cultural war,” Minister of Culture Moen Biseso told Middle East Eye.

“We have not yet begun,” said museum chairman Omar al-Qattan. "This is not an empty museum, this is just a museum building. We will launch our programmes in October 2016, but now we are celebrating the completion of the building and gardens."

"We wanted to abide by a certain date, and I think it's very important for us to keep our promise. That is why we decided to do it now instead of waiting for the opening of the exhibition,” he said.

The idea of the museum took hold in 1997, four years after the Palestinian Authority took the reins of the occupied territories after the signing of the Oslo Agreement.

On the 50-year anniversary of the Nakba, which is a reminder of the displacement of some 760,000 Palestinians from their land after the creation of Israel in 1948, Taawon-Welfare Association came up with the idea of a Palestinian museum to collect memories and stories for future generations.

“The existence of such a museum will be one of the pillars of the future state, and will give the opportunity to all innovators, thinkers, scientists and the Palestinians to highlight the Palestinian narrative through what they give to the museum, and on a global basis,” said Taawon’s general manager, Tafeeda Jarbawi.

An Irish-Chinese architectural firm designed the museum – which includes an outdoor amphitheatre and a terraced garden - based on the designs of traditional buildings in the West Bank.

“This museum simulates the Palestinian memory and focuses on the history and geography of Palestine, which constitute the real narrative to face the Israeli fraud,” said Palestinian billionaire Munib al-Masri, who attended the opening with his son and grandchildren.

Their attendance, he said, would “deny what the first Israeli President Ben-Gurion claimed about forgetting history with the passage of time. This museum will present history for future generations”.

“All Palestinians in the world will be able to watch and take part in the museum and its activities,” al-Qattan said. Culture
The Palestinian Museum: A safe place for unsafe ideas