After Soleimani's death, Israel just wants to shield itself from the storm

Netanyahu's response to the assassination has been uncharacteristically mute, despite the killing of a bitter enemy The first Israeli reaction to the assassination of Iranian general Qassem Soleimani was to lower its profile.

Prime Minister Benjamin Netanyahu, who cut short his state visit to Greece and returned home following the news, ordered his cabinet ministers not to give public interviews and statements.

It is meant to signal that Israel wasn’t involved in the assassination of the Quds Force commander and that it doesn’t wish to be dragged into the hostile storm.

Israel hopes that Iranian promises to avenge the death of Soleimani will be confined to actions against US interests, if at all.

Yet Israel has taken precautions.

At dawn on Friday, the Israel Defense Forces (IDF) ordered the closure of the Mount Hermon ski resort, which in the past has been targeted with rockets launched by pro-Iranian militias from Syrian soil.

The IDF also put its troops on alert in the occupied Golan Heights, though without sending any reinforcements to the region.

As part of Israeli preparations for any eventualities, the IDF also stepped up its electronic warfare in Syria, unwittingly also partially jamming Israeli civilian phones and communications in the Golan Heights.

Soleimani was a bitter enemy of Israel and followed the line of the Iranian regime’s belligerence and hatred towards it, calling Israel the “small Satan”.

The charismatic and adored Iranian general not only targeted Israel rhetorically. As a commander of the Quds Force responsible for special operations outside Iran, Israel was very often on his radar.

Together with the Lebanese Hezbollah movement, he was involved in planning and giving orders to execute terror attacks against Israeli targets, such as the bombing of a bus carrying Israeli tourists in Bulgaria’s Burgas in 2012 and failed attempts in Thailand, Georgia and India.

He also strategised the attempts to encircle Israel by deploying pro-Iranian militias near the Israeli border in Syria and by supervising Hezbollah's war plans against Israel.

Occasionally he ordered the militias to retaliate against Israeli air strikes targeting Iranian proxies in Syria, which would see rockets and drones launched into Israeli territory.

Israeli political and military leaders appreciated Soleimani’s military and strategic skills, and because of it perceived him as a very dangerous rival

Israeli political and military leaders appreciated Soleimani’s military and strategic skills, and because of it perceived him as a very dangerous rival.

He was for Israel a high-value target and appeared on their most-wanted list as a figure who could be a suitable candidate for assassination.

In order to achieve it, Israeli intelligence branches have collected extensive information about him for the last two decades, almost from the moment he was selected in 1998 as the Quds Force’s commander.

Because of his lifestyle, keeping a high profile and rarely going underground looking for shelter, it was easy for Israeli and US intelligence agencies to gather information on him.

He was highly visible, staying in the fields of Syria with his troops, attending public funerals and driving in small convoys from Iraq to Syria and Lebanon.

At least once - but probably more-  Israel wanted to kill him and was minutes from achieving it.

The closest shave came in Damascus on 31 January 2008. That evening Soleimani met Hezbollah’s military chief Imad Mughniyeh in one of the Lebanese’s safe houses. Back then, Mughniyeh was considered by Israel as the number one enemy, a bigger threat than Soleimani.

The CIA and Mossad were on the verge of a joint operation to kill the Hezbollah commander. Israel’s then prime minister Ehud Olmert and Mossad head Meir Dagan wanted to kill both. But US President George W Bush declined. He ordered Soleimani to be spared.

All eyes on Iran

Israel’s main concern now is what Iran's reaction will be. That will depend on the country's Supreme Leader Ali Khamenei.

If he decides to respond in a major way by taking the strategic decision to close the Strait of Hormuz, or down a US airliner or bomb a US embassy, it will mean that Iran is ready to take the risk of an all-out war with the US in an election year for both Donald Trump and the Iranian parliament.

In such a scenario, Iran will use all of its power, including activating Hezbollah in Lebanon, militias in Syria and Islamic Jihad in Gaza against Israel.

If Khamenei settled for a more refined, isolated retaliation - for example operating against US troops in Iraq in order to expel them from the country - there is a bigger chance that Israel will not be pushed into a new cycle of violence.

Judging from the past it seems that the supreme leader is a rational player acting from his head and not from his guts.

Surely no one in the region and outside it wants a major war. Not Iran, not the US, nor Russia, nor Syria and nor Israel. It is simply not in any of their interests. 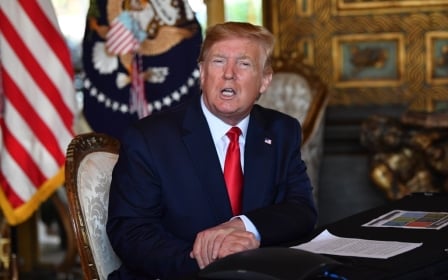 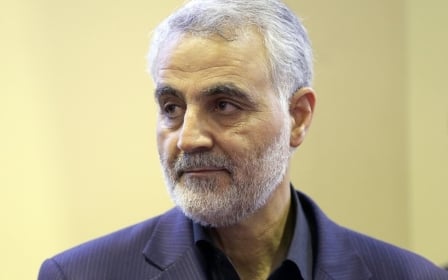