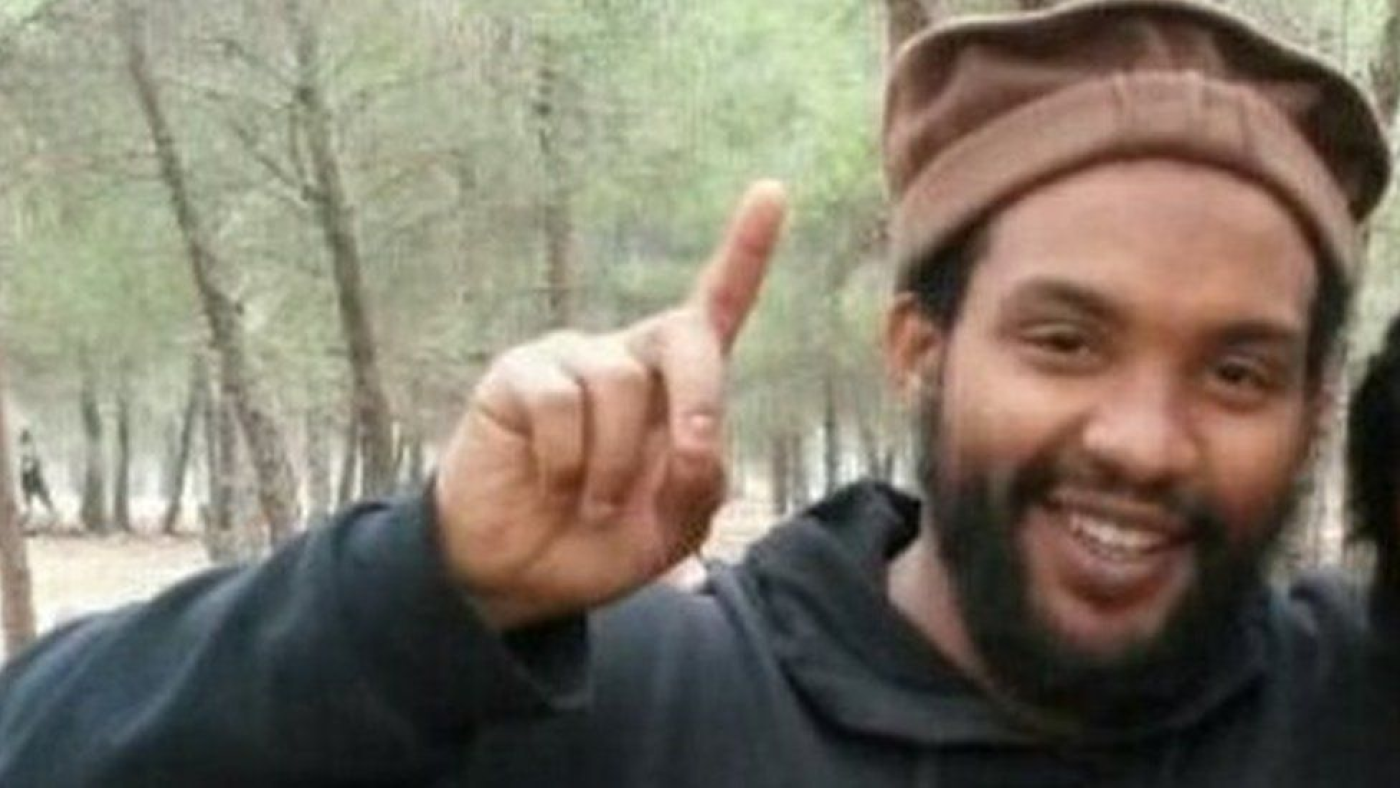 Editor's note: This story was updated on 2 September 2022 to correct a reporting error.

Aine Davis, a British man alleged to have been a member of the Islamic State group (IS) cell dubbed the "Beatles", arranged for a friend of his wife to "smuggle 20,000 euros [$20,700] in her knickers", a court in London heard on Thursday.

Davis, 38, is alleged to have asked his wife, from whom he is now estranged, to send money to him in Syria. He is accused of using this money for the purposes of terrorism, thereby entering into a funding arrangement.

Arrested at Luton Airport after being deported from Turkey to the UK on Wednesday, Davis appeared at Westminster Magistrates' Court in London on Thursday morning. Middle East Eye first reported in late June that Davis was scheduled to be deported to the UK this summer.

He faces one charge of inviting another to provide money for use in acts of terrorism, one for arranging the availability of property for the purposes of terrorism and one for possessing a firearm for a purpose connected to terrorism.

The London court heard on Thursday morning that Davis did not wish to indicate whether he would plead guilty or not guilty to the charges. He will appear at the Old Bailey court in central London on 2 September for a pre-trial hearing.

Middle East Eye understands that, as with most suspects charged with terrorism offences, Davis will not be released on bail.

The Londoner has previously denied being a member of both IS and the "Beatles" gang led by Mohammed Emwazi, which tortured and murdered western hostages in Syria.

Emwazi, a Kuwaiti-born British national who became known as "Jihadi John", was killed in a US drone strike in Raqqa, Syria, in November 2015.

Two other members of the gang were captured in Syria and taken to the US.