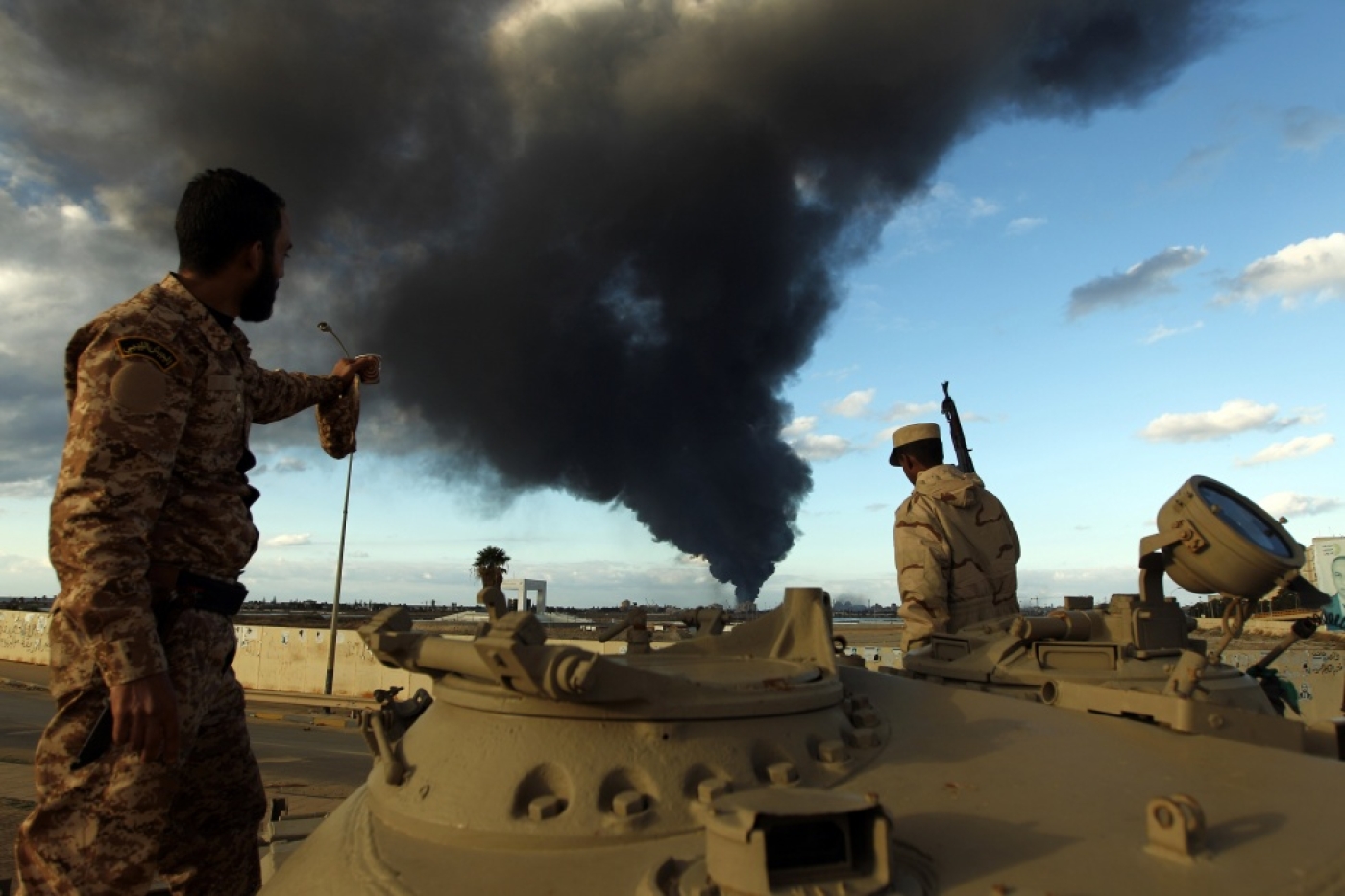 Libyan army fighters stand on a tank as heavy black smoke rises from the city's port in the background during clashes against militants in the eastern Libyan city of Benghazi on December 23, 2014 (AFP)
By
MEE and agencies
Forces loyal to Libya's internationally recognised government have carried out their first air strikes against militia-held third city Misrata on Sunday, a spokesman said.
Colonel Ahmed Mesmari said the strikes were in response to a renewed attempt by the Fajr Libya (Libya Dawn) militia on Sunday morning to seize the key Al-Sidra oil export terminal.
Residents said the air strikes hit the school of aviation close to Misrata airport, the port and a steel plant.

#Libya: Impact of bomb from air strike targeting the steel factory this morning in Misrata pic.twitter.com/cb0gVAshMo

There were no immediate reports of casualties.
There are some reports that a Turkish Airlines flight to Istanbul had been on the ground preparing for take off when the airport was targeted.
Those on board were hurried off the plane but a couple of hours later were allowed to re-board ready to make their journey.

Another week of dangerous escalations in Libya: largest oil port ablaze after it was hit in fighting. Now Thinni govt airstrikes on Misrata

In some airports, flights are stranded if there is a mother goose & her ducklings on the tarmac. In Libya,not even airstrikes deter flights.

Fajr Libya has been attempting to take Al-Sidra and the nearby Ras Lanuf terminal since Thursday when it killed at least 22 soldiers in a surprise attack by speedboat.
Seven of the 19 oil tanks at Al-Sidra were ablaze on Sunday as a result of the fighting, an oil official said.
Since clashes first erupted around the export terminals on 13 December, Libya's oil production has dropped to less than 350,000 barrels per day compared with 800,000 previously, according to industry experts.
More than three years after former leader Moamer Gaddafi was toppled and killed in a NATO-backed revolt, Libya is still awash with weapons and powerful militias, and has rival parliaments as well as governments.
Car bomb hits diplomatic security building in Libyan capital
A car bomb exploded Saturday outside the diplomatic security building in Tripoli but caused no casualties, a Libyan official said, with the Islamic State group claiming responsibility.
Colonel Mubarak Abu Dhaheer, who heads the security department in charge of protecting diplomatic missions, said the blast in central Tripoli caused some damage to the building but that no one was hurt.
"This is a criminal act aimed at undermining security and stability and at targeting policemen tasked with guarding diplomatic missions," said Abu Dhaheer.
The Islamic State (IS) organisation said it carried out the bombing, according to the US-based monitoring group SITE Intelligence.
"The provincial division of the Islamic State (IS) for Tripoli, Libya, claimed a car bombing at the diplomatic security building in the capital, and provided a photo of the blast," SITE said.
The escalating violence in Libya over recent months has triggered an exodus of foreigners from the Libyan capital and has prompted the closure of several embassies, with many relocating to neighbouring countries.
Abu Dhaheer said police were investigating the car bombing and were also looking into a fire that broke out at the shuttered Saudi embassy, damaging three cars.
In November, two car bombs struck near the shuttered Egyptian and United Arab Emirates embassies in Tripoli. Italy is one of the few countries to keep an embassy open in the Libyan capital. 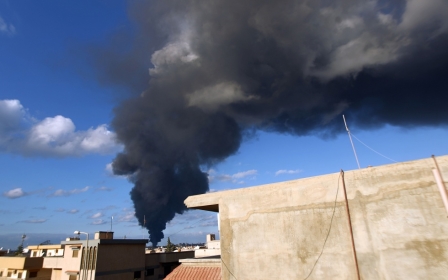 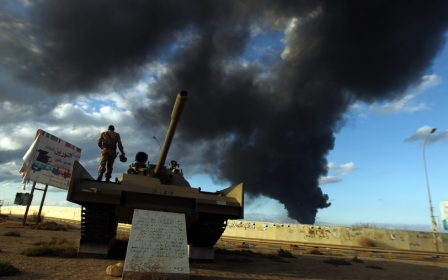