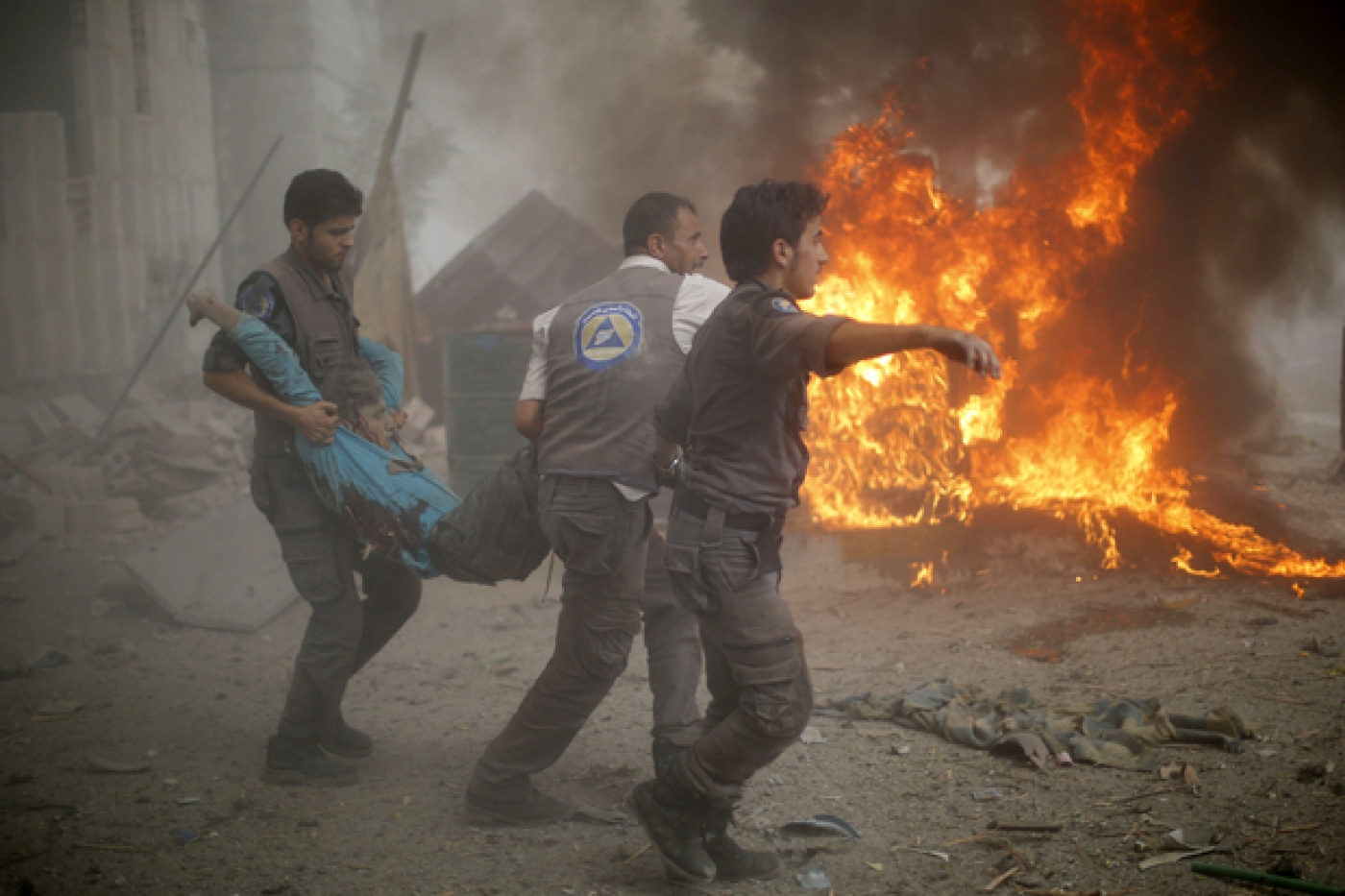 Last month, at least 70 people were killed in a single day of bombing on the town, according to Doctors Without Borders (AFP)
By
MEE and agencies

At least 23 Syrian civilians were killed on Saturday in suspected Russian airstrikes on a rebel-held town outside Damascus, according to the Syrian Observatory for Human Rights.

The strikes on the rebel district of Douma hit the centre of the town where the town’s main marketplace is located.

The British monitoring organisation said the strikes look like they came from Russian planes participating in an aerial campaign that began on 30 September.

Rebels in Douma, which lies in the opposition stronghold of Eastern Ghouta, regularly fire rockets into the capital and the area is frequently the target of government air strikes and shelling.

An officer from the Douma branch of the Syria Civil Defence department told Al Jazeera that three airstrikes had hit the residential area.

"The air strikes are targeting the centre of Douma, including a market and residential street," he said.

"Not just air strikes - rockets are being launched into the city too,” he added.

The Observatory said at least six children and seven women were among the dead and that the toll could rise further because of the number of people seriously wounded.

An AFP journalist saw rescue workers trying to put out fires and several vegetable carts that had spilled onto the streets, their wares mixed with the rubble from damaged buildings.

In a field clinic, a child lay on a bed, a tube taped into the side of his bare and bloodied ribcage as medical workers tried to assess him.

Nearby, a man with a chunk of flesh gouged out of his left leg moaned and held his head as doctors worked on him.

Last month, at least 70 people were killed in a single day of bombing on the town, according to Doctors Without Borders.

And in August, 117 people were killed there in one day of air raids, causing a global outcry. 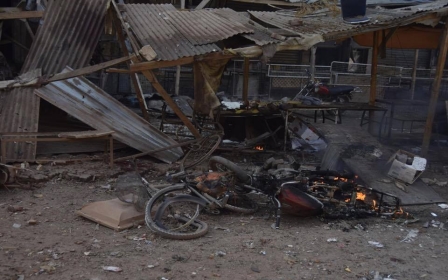