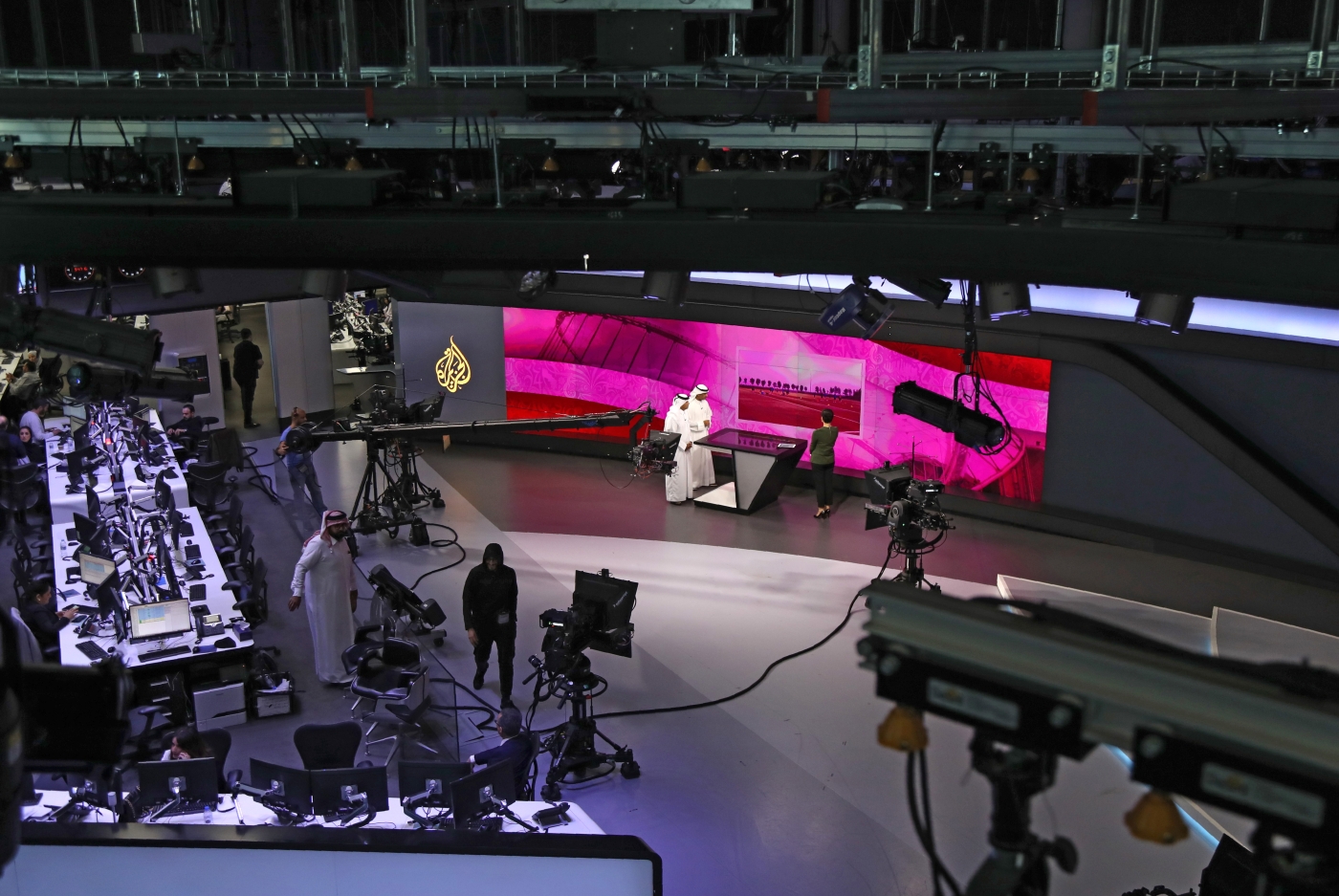 Staff at AJ+, Al Jazeera's US-based affiliate, have hit out at the decision by the Department of Justice to order it to register as a foreign agent under the Foreign Agents Registration Act (FARA).

Jay Bratt, the chief of the DOJ's counterintelligence division, on Monday sent a letter to Al Jazeera stating that AJ+ acted "at the direction and control" of the Qatari government.

"Despite assertions of editorial independence and freedom of expression, Al Jazeera Media Network and its affiliates are controlled and funded by the Government of Qatar," the letter said, as first reported by American publisher Mother Jones.

Al Jazeera said it was "deeply disappointed" by the decision, and that its legal, editorial and budgetary processes were all demonstrably independent.

Former and current staff members of AJ+ took to social media to express their dissatisfaction at the ruling, which was viewed as a political attack on journalists.

I joined the Guardian after the Snowden hard drives were destroyed under the eye of GCHQ.

I was at BuzzFeed News when the Trump admin called it a "pile of garbage".

Now I'm at AJ+, which the DOJ is labelling a foreign agent.

Journalism is not a crimehttps://t.co/84nV3ZL53h

"I don't know what this means for employees like me (non-citizens with work visas) yet but the whole situation is very unnerving and uncertain," AJ+ host and producer Sana Saeed wrote in a Twitter thread.

In some professional but still personal news - AJ+ is being forced by the Trump administration to register as a foreign agent, under FARA, after three years of UAE & GOP-led lobbying efforts. This is an attack on the freedom of press.

"Journalists... being labeled foreign agents makes us as individuals vulnerable and threatens our whole institution. FARA recognises our work not as journalism, but as political activity," Saeed said.

In an official statement, Al Jazeera drew attention to the timing of the decision, with the official ceremony between Israel and the United Arab Emirates (UAE) to normalise diplomatic relations having taken place in Washington on Tuesday.

"The UAE has confirmed it presented the United States with preconditions prior to announcing the Abraham Accords, and we received DOJ's letter the day before the UAE signed the Accords," Al Jazeera said in a statement, referring to the deal.

"Hobbling Al Jazeera was one of the top conditions of the UAE's blockade against Qatar, and the Justice Department just gave the UAE what it wanted."

The UAE, along with Saudi Arabia, Bahrain and Egypt, imposed a blockade on Qatar in 2017, accusing the rival gas-rich emirate of supporting terrorism and Iran. Doha has denied all claims.

Among the list of 13 demands presented to Doha by the blockading states at the time was to shut down Al Jazeera, which has been deemed a threat to stability by some states since the Arab Spring broke out in 2010.

"The UAE has been trying to silence us for years. Now they've enlisted the help of the Trump administration," said AJ+ executive producer Sakhr al-Makhadhi, referring to the blockade demand.

President Trump's Department of Justice is requiring my employer, @ajplus, to register as a foreign agent.

They claim "AJ+ acts 'at the direction and control' of Qatar’s rulers."

"The notion that we're acting at the 'direction and control of Qatar's rulers' is preposterous," AJ+ video producer Yara Elmjouie wrote in a Twitter thread compiling the affiliate's wide-ranging stories and subjects.

"This is a politically motivated attack on journalists. And it will not stop us from telling the stories we tell - at our own direction, and our own control," he said.

The move was also criticised by journalists and columnists outside of Al Jazeera, some of whom wondered if other outlets with state backing would be subject to the same ruling.

Do Saudi outlets @AlArabiya_Eng and @IranIntl_En operating in the US now have to also register as Foreign Agents? https://t.co/iVPnFSD6Wo

"Once on the FARA list, many scholars, academics and experts who currently appear as guests on Al Jazeera would likely be hesitant to return given the stigma of the network being a 'foreign agent'. This would compromise the quality and substance of the network," DC-based researcher Khaled al-Jaber wrote in a column for Middle East Eye last week.

Lobbyists hired by the UAE have met with US lawmakers and their staffers over several years to demand that they push for Al Jazeera to be registered as a foreign agent.

In March 2018, a bipartisan group of lawmakers urged Attorney General Jeff Sessions to enforce the FARA request, while eight lawmakers made similar requests to the US Justice Department last year.

Law firm Akin Gump, the largest lobbying firm in the United States by revenue, and a registered agent of the UAE, has received more than $56m in fees from the emirates since the blockade began in 2017, according to records filed to the DOJ.

Among those celebrating the AJ+ ruling was Emirati billionaire and influencer Hassan Sajwani.

Finally, Trump Administration Orders an Al Jazeera Affiliate, AJ+, to Register as a Foreign Agent. - I have been saying that AJ+ is Qatar’s propaganda arm to infiltrate the youth and young minds in the west.

Sajwani, who has a verified Twitter account, caused outrage last month after he encouraged his followers to report those critical of the normalisation deal to the country's attorney general. The tweet was later deleted.