Qat, a popular narcotic whose trade employs one in seven Yemenis, was burned in the public squares of Mukalla by al-Qaeda supporters 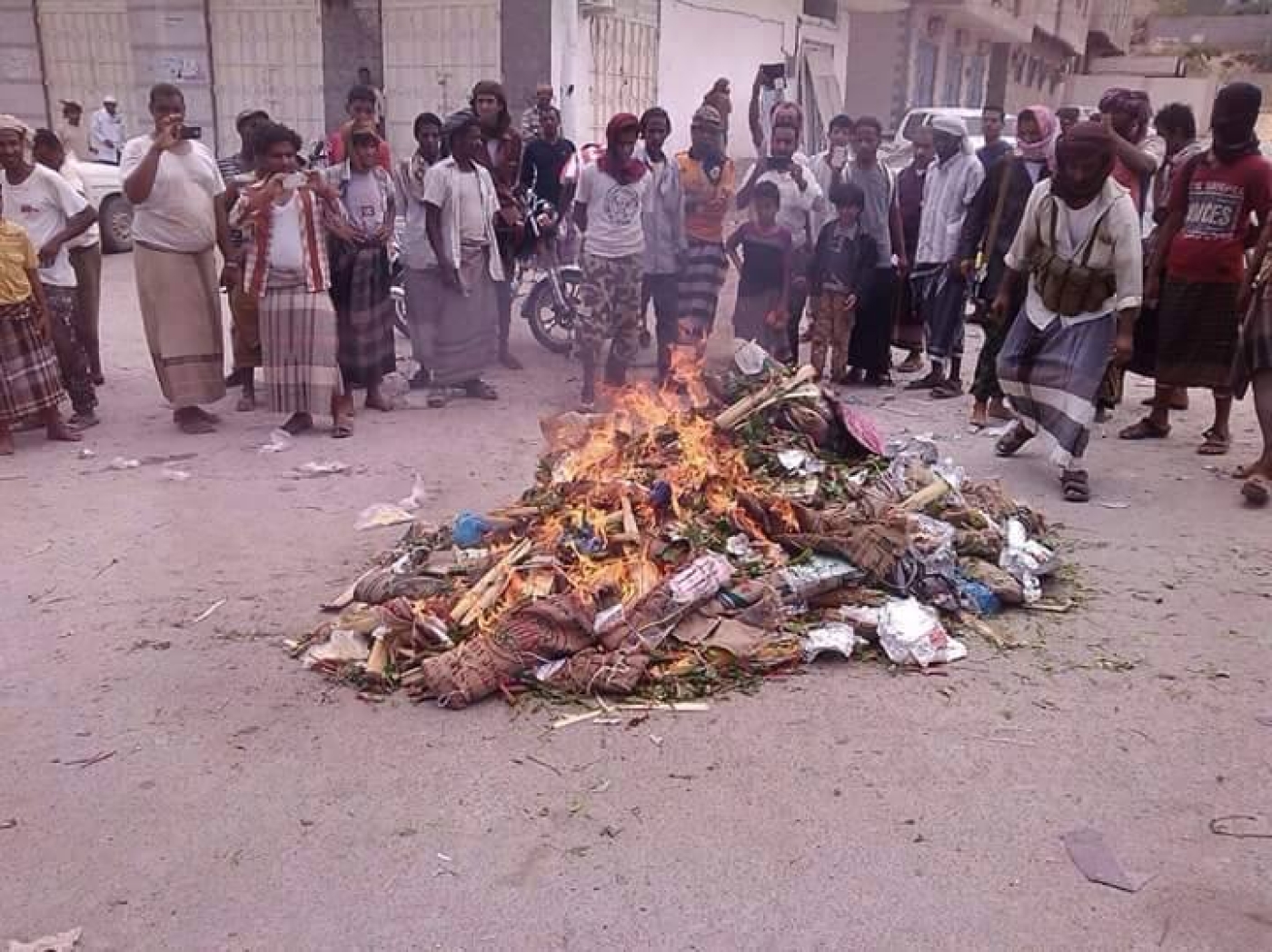 Al-Qaeda militants in control of a town in southern Yemen on Thursday imposed a total ban on qat, the addictive plant chewed daily by millions of Yemenis across the country.

Supporters of Ansar al-Sharia, a local group affiliated to al-Qaeda, burned huge piles of the green plant in the public squares of Mukalla, the fifth largest town in Yemen and home to a key port.

In a statement, the group ruled that the entry and sale of qat would be forbidden effective from Thursday.

“Those who violate this ruling must bear the full responsibility under Islamic law.”

A local sheikh supportive of the ban posted pictures claiming to show militants stopping and turning back trucks loaded with the substance, saying that Houthi militants profit from the lucrative trade.

Translation: Beginning to implement the decision forbidding qat in Mukalla, including stopping trucks bearing tonnes of it. The sole beneficiary from [qat trade] is the Houthi traders in Sanaa.

He also claimed that young people in Mukalla, the main city in the oil-rich but impoverished Hadhramaut province, had been “perverted” by the high level of qat chewing, or “takhzeen,” there.

Chewing qat is a common pastime among many in Yemen, where one in seven working people are involved in the production and distribution of qat.

The qat trade is the second largest employment sector, and the largest source of rural income in Yemen, which has long been the poorest country in the region.

Many families in Yemen say they spend over half their earnings on the leaf, which is often chewed at lunchtime in large gatherings.

Chewing the leaf, which is illegal in the US and much of Europe, commonly increases awareness and talkativeness, as well as acting as an appetite suppressant.

Though the practice remains widespread, some have tried to counter the prevalence of chewing, with activists saying the trade depletes the country’s natural resources and stifles development.

Though many in Mukalla, mostly Ansar al-Sharia supporters, praised the new ban, others circulated images of the city’s qat market standing empty and predicted an angry backlash from local traders and chewers.

Translation: Forbidding qat in Mukalla…a [very important] turning-point in dealings with the general mood. There will be a violent response, with people demanding that the new rulers of Mukalla follow the same rules

However, they have encountered stiff resistance from the city’s residents, who protested after their town came under militia control.

After a demonstration in early May, amateur video was circulated claiming to show locals expelling men with links to Ansar al-Sharia from a local mosque.