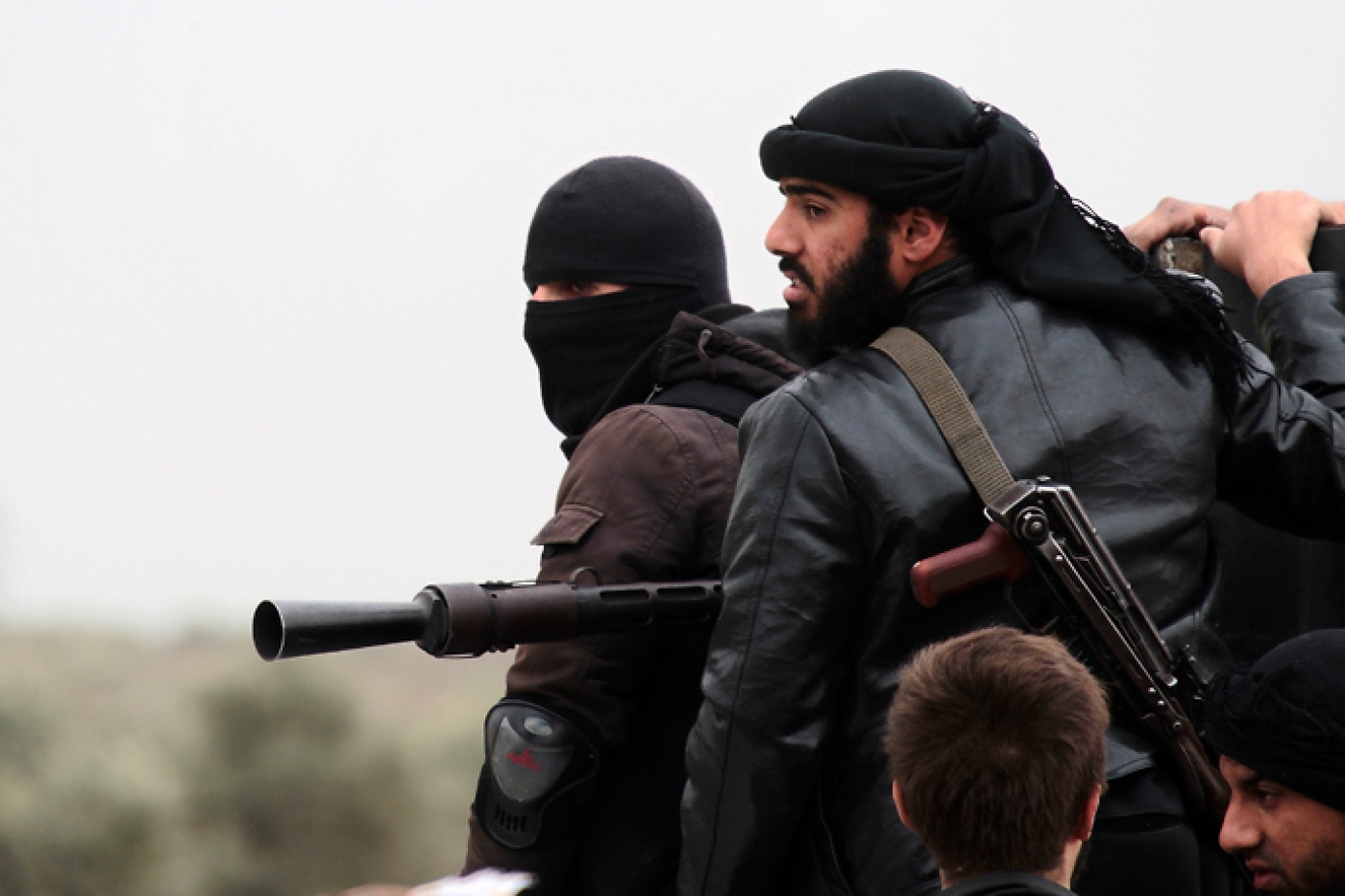 BEIRUT - A rebel coalition led by the Syrian affiliate of al-Qaeda stormed and seized the last government-held city in Idlib province on Thursday, as Iraq exhumed the remains of 470 victims of extremists.

The Syrian Observatory for Human Rights said the al-Nusra Front and its allies in the Army of Conquest - Jaish al-Fatah in Arabic - captured Ariha after fierce clashes with government forces including their Hezbollah allies, who were seen withdrawing.

"Jaish al-Fatah has taken full control of the city of Ariha after a lightning offensive that ended with a heavy pullout of regime forces and their allies Hezbollah from the western side of the city," he said.

The rebel coalition confirmed the takeover of Ariha on Twitter, saying it seized the city in just six hours.

Earlier, Abdel Rahman said: "There was heavy shelling and rocket fire, then they stormed the city. They have entered the city and are engaged in fierce clashes on its peripheries."

Ariha, which was home to 40,000 people before the conflict began, was the last remaining government-held city in Idlib province bordering Turkey.

"The march of lions has begun ... Let Allah liberate Ariha," the Army of Conquest's official Twitter account posted as the attack began.

The Britain-based Observatory said late Thursday that dozens of military vehicles were seen withdrawing from Ariha.

The Army of Conquest coalition has won a string of victories in Idlib, including taking the provincial capital on 28 March and the key town of Jisr al-Shughur on 25 April.

Most recently, the rebels seized the massive al-Mastumah military base and overran a hospital complex where regime soldiers were trapped.

Many government forces retreated from these areas to Ariha, which Abdel Rahman said was heavily defended by fighters from Iran and Lebanese Shiite movement Hezbollah.

The Army of Conquest vowed to consolidate its control of Idlib province, where before the latest attack the government still held Ariha, the Abu Duhur military airport and a sprinkling of villages and military posts.

In the fight against the separate Islamic State (IS) group, the Pentagon said on Thursday US-led coalition had hit targets in both Syria and Iraq.

Aircraft targeted IS with six strikes in Hasakeh and Deir Ezzor provinces, while in neighbouring Iraq, warplanes launched a total of 20 strikes against the militants.

Iraq's health minister said on Thursday authorities there have exhumed the remains of 470 people believed to have been executed by IS near Tikrit last year in what became known as the Speicher massacre.

"We have exhumed the bodies of 470 Speicher martyrs from burial sites in Tikrit," Adila Hammoud told reporters in Baghdad.

In June 2014, armed men belonging or allied to IS abducted hundreds of young, mostly Shiite recruits from Speicher military base, just outside the city of Tikrit.

Executed one by one

They were then lined up in several locations and executed one by one, as shown in pictures and footage later released by IS on the internet.

Some were pushed into the Tigris river, others hastily buried in locations that were discovered when government and allied forces retook Tikrit from the militants about two months ago.

The highest estimate for the number of people killed in one of the worst IS atrocities stands at 1,700.

"There were several layers of bodies all piled on top of each other," he said, adding that 50 bodies were found in a second site and nine more in the two remaining graves.

The health minister said the figure of 470 was not final.

Officials had said in mid-April that up to 10 different suspected burial sites were identified in the Tikrit area after government forces recaptured it in late March and early April.

The Speicher massacre played a key role in the mass recruitment of Shiite volunteers to fight the Sunni IS militants.