Al-Qaeda now control the city of Mukalla, the capital of the Hadramawt province after taking over local airport with no resistance 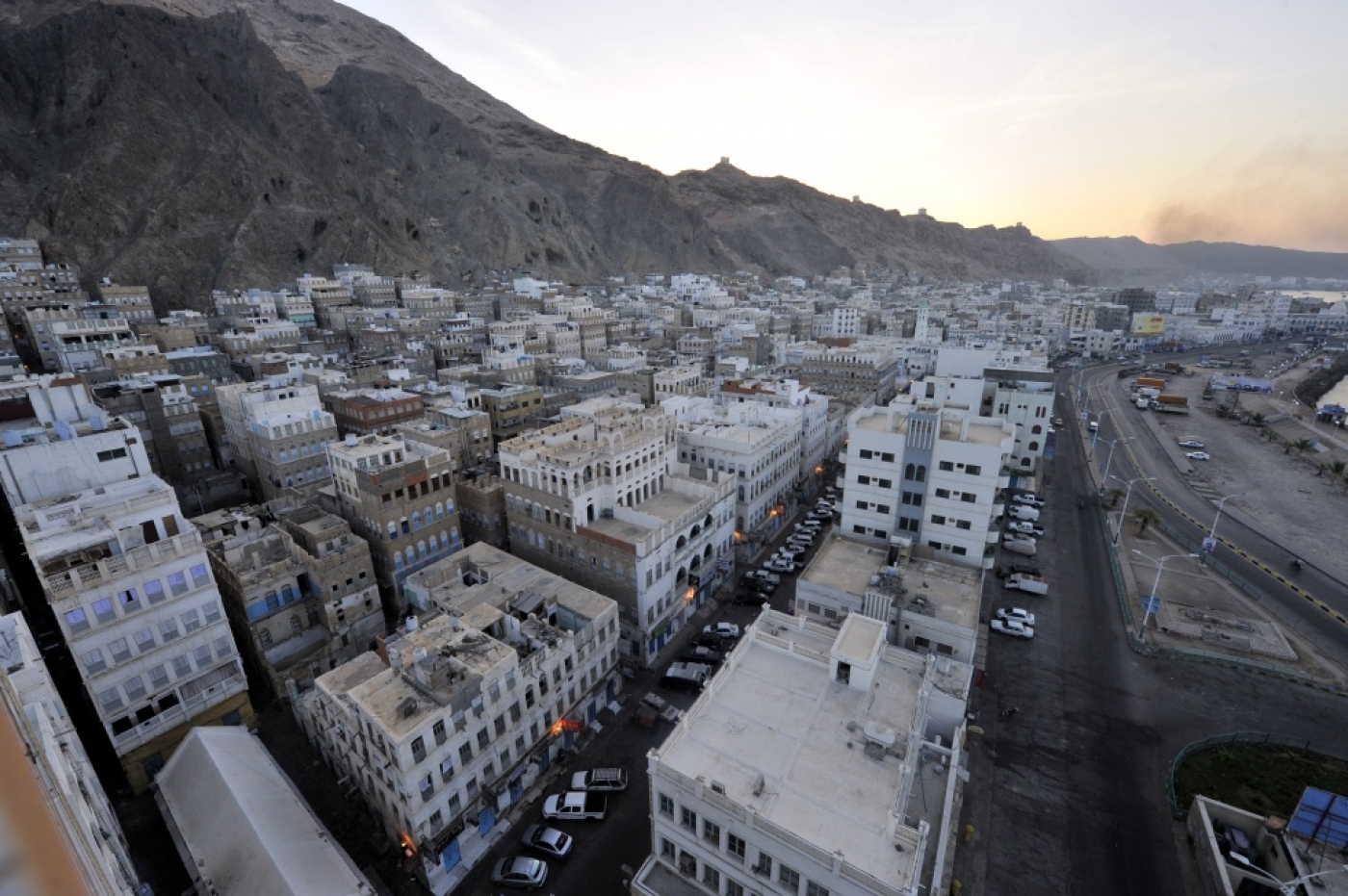 A general view shows the southeastern Yemen city of Mukalla, on 29 April 2014 (AFP)
By
MEE and agencies

Al-Qaeda militants on Thursday seized the provincial Riyan airport in southeast Yemen while tribal forces took over an oil terminal, as the war-wracked country slides further into turmoil.

“The military unit in charge of security at the facility withdrew without resisting” al-Qaeda fighters, said an official at the airport in Mukalla, capital of the Hadramawt province.

Al-Qaeda in the Arabian Peninsula (AQAP), the network’s powerful Yemeni branch, earlier this month took advantage of the growing chaos to overrun Mukalla.

Military sources said AQAP now controls the whole of the city of more than 200,000 inhabitants, except for a camp of soldiers loyal to President Abd Rabbuh Mansour Hadi, who has fled to Saudi Arabia.

AQAP has sought to tighten its grip on the largely lawless southeast since the Houthi rebellion sweeping the country added to a breakdown in security. Last month they looted the local branch of the central bank and freed hundreds of prisoners in jail, including a senior leader of the group.

The terminal, in the city of al-Shihr, “fell under the complete control of tribal fighters after the military unit guarding it withdrew in the afternoon without resistance,” the source told AFP.

Various armed groups have taken over parts of the deeply tribal country, where the Houthi militias are battling pro-Hadi forces.

In south-west Yemen, rebel soldiers loyal to ex-president Ali Abdullah Saleh traded tank and artillery fire on Thursday with a pro-Hadi brigade in the city of Taiz, military sources and witnesses said.

The World Health Organisation says at least 736 people died in the conflict up to 12 April and more than 2,700 have been wounded since the Saudi-led coalition began a campaign of airstrikes on the country on 26 March.

Aid has been slow to trickle into the country, but the WHO said it had delivered more than 17 tonnes of medical aid by plane to Sanaa on Thursday. Yemen War
The stakes are high in Yemen
David Hearst