Aleppo ceasefire 'back on track' 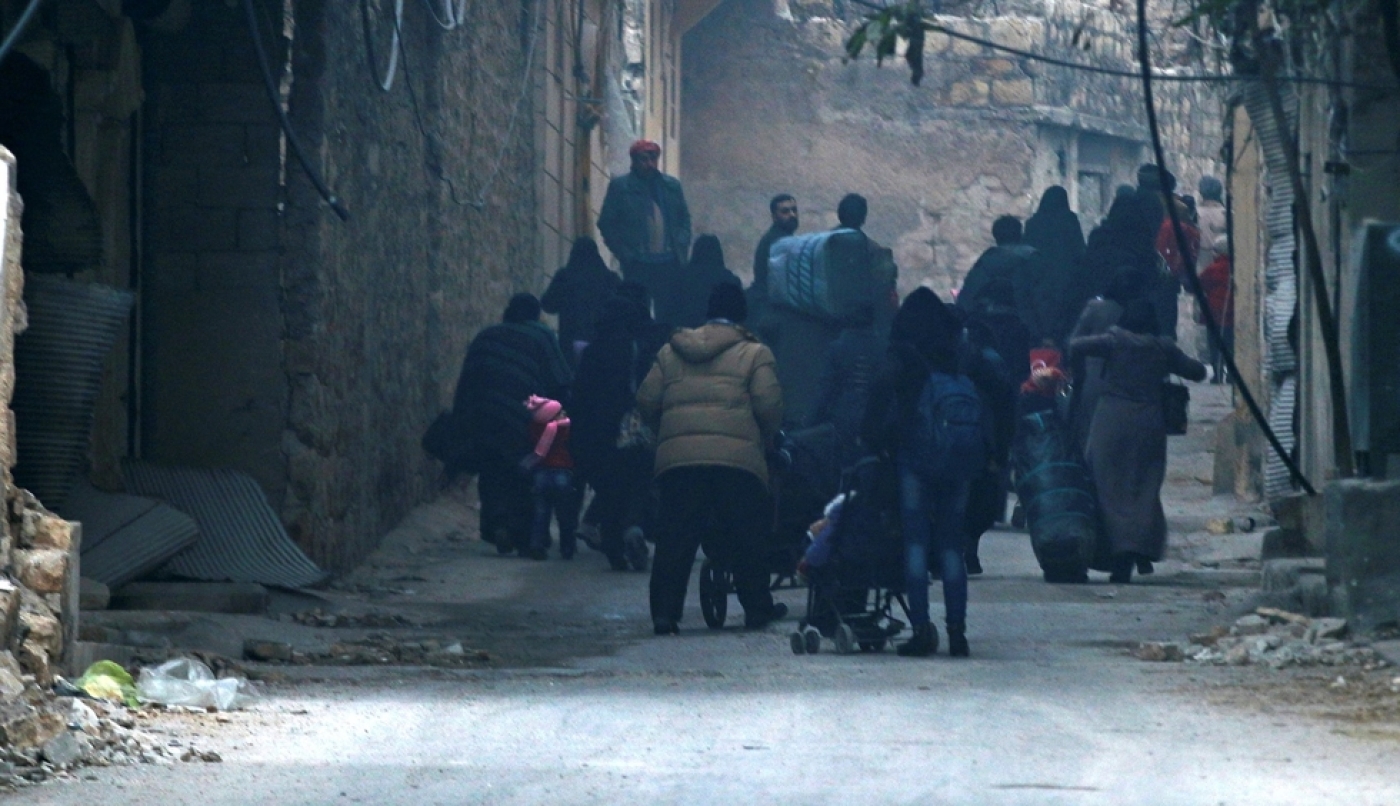 Evacuations will start in early morning on Thursday, according to rebel officials (Reuters)
By
MEE and agencies

Syrian rebel officials said on Wednesday that a ceasefire deal for Aleppo was back on track, and its implementation, including evacuations from the last rebel-held areas of the city would begin "within hours".

Abdul Salam Abdul Razak, a military spokesman for the Nour al-Din al Zinki rebel group, said late on Wednesday that a new agreement had been reached that includes villages besieged by rebels in Idlib province.

"A ceasefire has come into effect in Aleppo after negotiations between the Russians and the Turkish Red Crescent," said Yasser al-Youssef, a Nureddin al-Zinki political official.

"The first group of civilians and wounded people will leave at dawn on Thursday," Youssef told AFP.

An official in the pro-Damascus military alliance confirmed the truce deal was on, and said some 15,000 people would be evacuated from the villages, Foua and Kefraya, in return for the evacuation from Aleppo of "militants and their families and whomever wants to leave among civilians". He said they would head for Idlib province.

However, Hezbollah's Al-Manar TV denied claims that a ceasefire had been reached, saying that negotiations are facing major hurdles.

"What is being circulated about enforcing the ceasefire and evacuating armed men (the rebels) out of east Aleppo neighborhoods is not accurate, and the negotiations are facing major complications," the Al-Manar report said.

A previous agreement crumbled on Wednesday morning. Iran, one of Assad's main backers, imposed new conditions, demanding the simultaneous evacuation of wounded from the two Idlib villages besieged by rebels, according to rebel and UN sources.

An official in the Jabha Shamiya rebel group said implementation of the ceasefire would begin at about 6am local time on Thursday.

A second Jabha Shamiya official said it would involve the evacuation of rebel fighters and civilians from the remaining rebel-held districts of Aleppo, in return for the evacuation of people from Foua and Kefraya.

Fighting was still rocking Aleppo late on Wednesday, sending terrified civilians running through the streets of Aleppo in search of shelter.

Syrian government troops have seized more than 90 percent of east Aleppo, held by rebel groups since 2012.