Aleppo 'one of the most devastating urban conflicts in modern times': Red Cross

'For 4 years, the people of Aleppo have been devastated by brutal war, and it is only getting worse for them,' says ICRC president 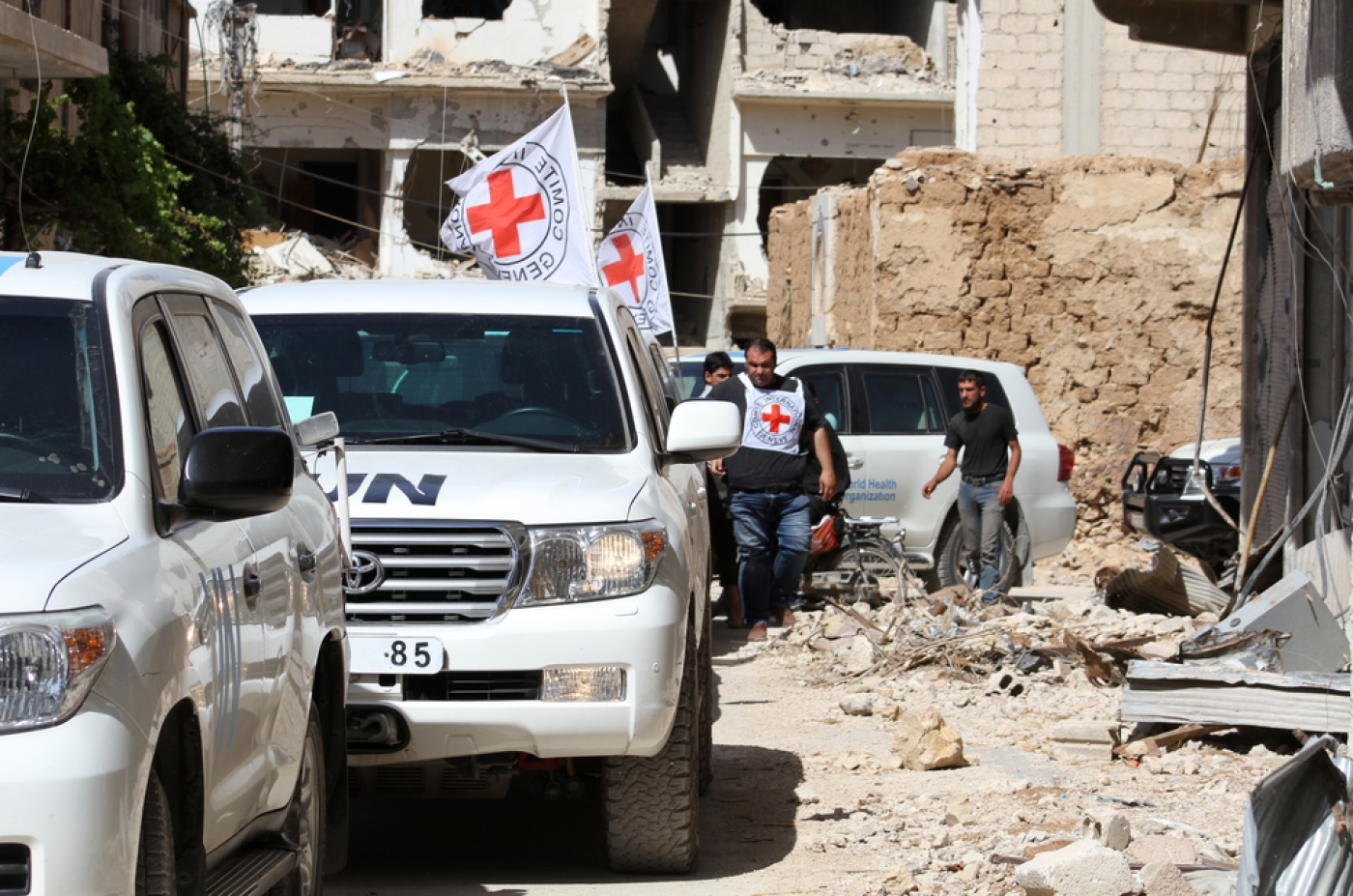 Vehicles of the International Committee of the Red Cross (ICRC) and the United Nations wait on a street after an aid convoy entered the rebel-held Syrian town of Daraya, on 1 June, 2016 (AFP)
By
Karim El-Bar

The president of the International Committee of the Red Cross described the war in Aleppo as "beyond doubt one of the most devastating urban conflicts in modern times,” according to a news release published by the aid agency on Monday.

"No one and nowhere is safe,” Peter Maurer continued. “Shell-fire is constant, with houses, schools and hospitals all in the line of fire. People live in a state of fear. Children have been traumatised. The scale of the suffering is immense. For four years, the people of Aleppo have been devastated by brutal war, and it is only getting worse for them.”

Fighting has intensified in the northern Syrian city during the past few weeks with hundreds of people killed and scores injured.

“There has been massive damage to the city's infrastructure,” the ICRC statement said. “With water and electricity supplies cut or severely reduced, the population is at risk from untreated and unsafe water.”

“Public services have all but broken down. Tens of thousands are trapped and without aid,” it added.

Maurer urged all sides to “stop the destruction and indiscriminate attacks, and stop the killing”.

"The human cost of the fighting in Aleppo is simply too high,” he said.

The ICRC called on all parties to allow humanitarian agencies to reach civilians in desperate need of help in all parts of the city, as well as in neighbouring rural areas.

“Regular humanitarian pauses are needed to allow in humanitarian aid and allow enough time to carry out repairs to essential services,” the statement said.