Algeria: Activist sentenced to two years in prison for ‘contempt of institutions’ Prominent Algerian activist Chems Eddine Laalami, also known as “Brahim”, was sentenced to two years in prison on Sunday according to an Algerian rights group.

Two cases were brought against Laalami - who was a leading figure in the pro-democracy Hirak protest movement that led to the removal of then-President Abdelaziz Bouteflika after nearly 20 years in power in 2019 - the first for "hate speech, contempt of institutions and fake news" and the second for "incitement to an unarmed gathering".

The 30-year-old tailor was arrested in late June by the Algerian coastguard as he attempted to cross the Mediterranean undocumented to Spain by boat. A warrant for his arrest was issued on 4 July.

Laalami was sentenced by the Bordj Bou Arreridj court in northeastern Algeria to two years in prison as well as a charge of 400,000 Algerian dinars ($2,960), according to Algeria's National Committee for the Liberation of Detainees (CNLD)

Laalami shot to prominence in February 2019 when he participated in protests against the announcement that Bouteflika was running for a fifth term in office.

Currently, more than 300 people are imprisoned due to their alleged involvement in the Hirak movement

Laalami was arrested several times and has been convicted in a number of trials. He had already been sentenced to three months in prison for his attempt to flee to Spain.

According to his lawyer, Amin Sidhom, “the appeal judge pronounced a general and enforceable ruling, without pleading and without hearing the accused, in a trial that was programmed without our knowledge”.

Meanwhile, Said Salhi, the vice-president of the Algerian League for the Defence of Human Rights (LADDH) commented that such legal cases had an adverse effect on Algeria’s youth.

"Young people are slipping back into disillusionment and despair after a moment of hope sparked by Hirak," AFP quoted him as saying.

Many young Algerians have been leaving the country and burning their identity papers on their arrival at their destination to avoid being sent back, an act known as “harraga” in Arabic, Salhi added.

Despite Bouteflika's overthrow, the country has experienced a clampdown on dissent in recent months. Algerian authorities have banned Hirak demonstrations, while prosecutions against opponents, activists, journalists, and academics are intensifying.

In the weeks leading up to the country’s parliamentary election in June, Algeria’s security forces arrested anti-government activists from the Hirak movement.

Fewer than a quarter of Algerians turned up to vote in the elections, which saw the country’s former finance minister, Ayman Benabderrahmane, become prime minister.

Algeria's longtime ruling party, the National Liberation Front (FLN), gained the most seats out of any party in the parliamentary elections but failed to reach a majority. 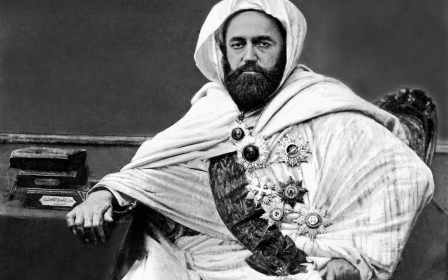