Coronavirus and sharp drop in oil prices have exposed decades of failure to diversify away from natural resources, experts tell MEE 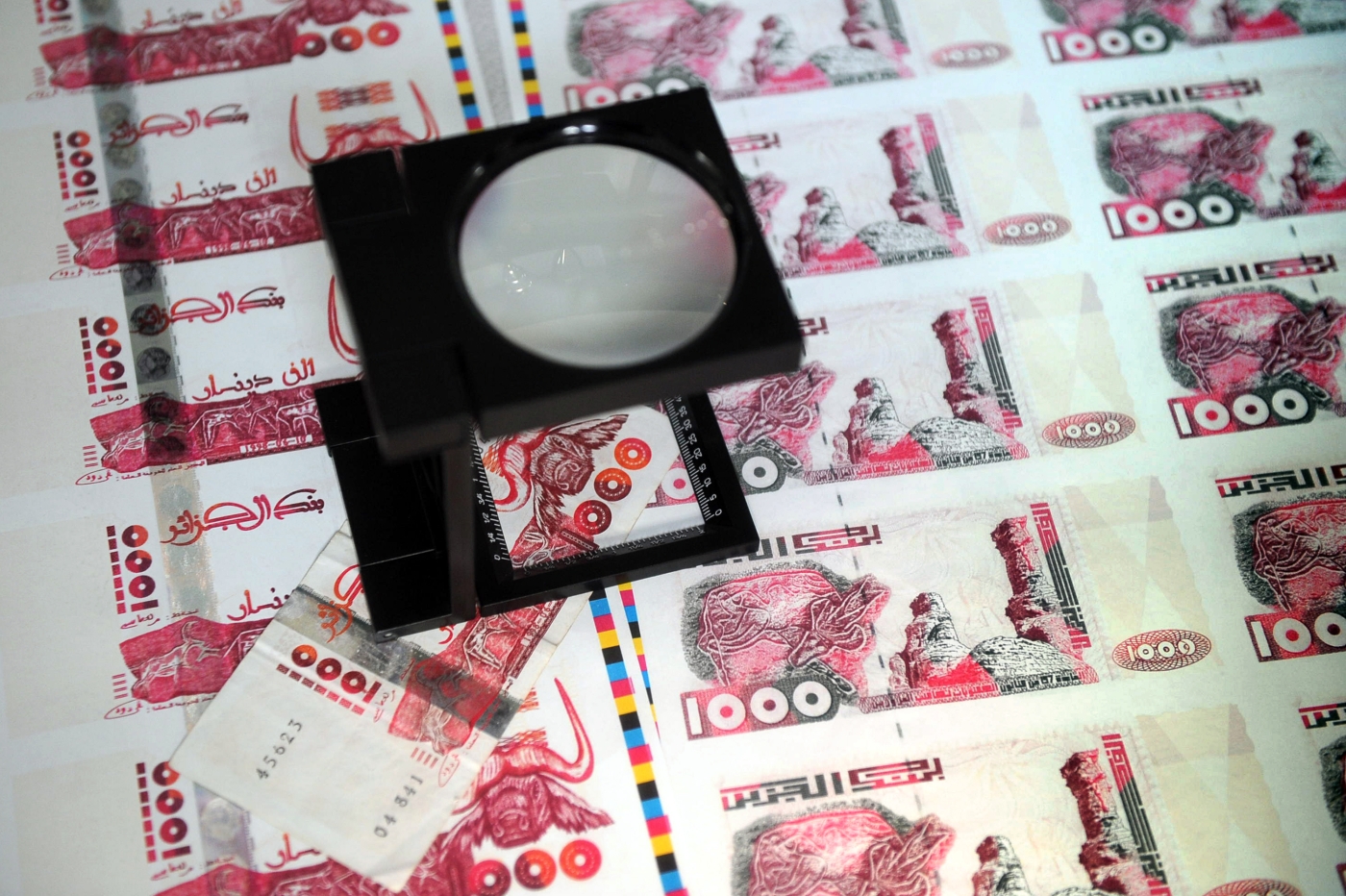 Decades of failed policy and reform drives that have amounted to little more than kicking the can down the road are catching up with the Algerian economy, as the dinar hit a new low this week and experts heralded more pain to come.

The decline of Algeria's currency continues apace. On Thursday, the dinar was trading at 158.76 to the euro, and more than 200 on the black market.

The news has come as no surprise to many economists, who have been serving warnings of the perilous state of the economy since 2014, when global oil prices first started to plunge.

However, this year's Covid-19 outbreak and a further unprecedented drop in oil prices, which reached a record low of $16 to $17 a barrel in April, have taken the country's economic problems to a new level.

As a result, according to the International Monetary Fund (IMF), Algeria will see 2020 off with its economy having shrunk by 5.5 percent.

The World Bank has also projected that Algeria’s fiscal deficit is likely to reach 14.8 percent of GDP in 2021.

Once boasting wealthy resources, the North African country has seen its foreign exchange reserves significantly depleted in the last few years as it fought to finance the ballooning deficit.

Having had foreign exchange reserves of around $200bn in 2014, that figure is currently projected to reach as low as $44bn by the new year.

'Despite all that is going on in the country, the decision-makers seem unable to get ahead of the crisis and act upon it'

With its reserves depleted, the government has been forced to devalue the currency, provoking high inflation rates amid soaring austerity, as it attempts to balance the public accounts.

The announcement of the resumption of domestic flights from 5 December, with expectations of international flights to follow, also helped provoke the dramatic fall of the dinar against the euro on the black market.

Foreign exchange traders have predicted that the euro exchange rate could reach more than 250 DZD once Algeria’s borders reopen and trade activities return to normal, with the black market likely to regulate prices according to increased demand and limited supply.

Another reason for the spike is increasing illegal migration from Algeria, with growing numbers of young Algerians taking to the black market for their financial transactions in order to fund their attempted journeys to Europe.

Despite projections that Algeria's oil and gas reserves will dry up by 2050, the country has repeatedly failed to diversify away from oil.

According to Dalia Ghanem, a resident scholar at the Carnegie Middle East Centre, the fall in value of the dinar is a consequence of the “Algerian way [that] has been done for decades”.

“Policymakers simply ignore the signs and they believe that they can be saved by a better market situation, meaning a rise in oil prices,” Ghanem told Middle East Eye.

“They have been warned for years now to move and discuss the matter of diversification seriously. Instead, they did not do anything and kept buying time.”

Riccardo Fabiani, a political economy analyst at the Crisis Group, said Algeria’s overdependence on its oil and gas reserves has been the root of its economic woes.

“Its dependence on oil and gas production has generated massive rent," he told MEE, adding that "the redistribution of this rent has enabled the rest of the economy to grow, but has also reduced Algeria's need to build a manufacturing sector, adopt new technologies or innovate, and generate foreign revenues in other sectors.”

Other factors that have contributed to its free falling economy have been its inhibited private sector, unaddressed mismanagement and structural problems, and the military’s control over the business arena.

Falling revenues have forced the state to halt national projects and cut expenditure on public services by 50 percent, risking the wrath of a population who have continually demanded an end to the widespread corruption that they say has benefited the country’s leaders but has left them constantly tightening their belts.

Officials have been debating for years on how to introduce major economic reforms, but with no concrete results.

According to Fabiani, “economic reforms to liberalise the economy, or promote the local manufacturing industry, or open the country to tourism (which would bring benefits in the long run, by creating jobs and generating foreign reserves), have not yet been implemented.” 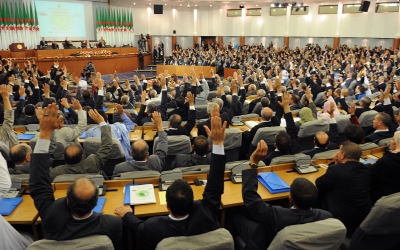 “The government is afraid of the political repercussions of difficult economic reforms that could antagonise vested interests and social groups and has not yet managed to tackle these issues,” he said.

Due to its negative experience of borrowing from the IMF in the 1990s, the state has continually rejected any solution to its economic crises that results in it being weighed down by foreign debt - seen as infringing on “nationwide sovereignty” - or forcing it to restructure billions of dollars in foreign loans.

According to observers, one of the few options left for the state is to try to delay the depletion of its reserves by reducing oil production, lowering subsidies on its hydrocarbons and better investing in the private sector in order to encourage entrepreneurs and attract external investors.

'The coming period is going to be hard'

Foreign investment in Algeria has lagged far behind that of its neighbours in the Maghreb, due to the bureaucracy of its administration, corruption and clientelism.

“The government needs to establish a dialogue forum with the country's main economic actors - the entrepreneurs, the trade unions, civil society groups, and students,” Fabiani said.

“This dialogue would enable all these actors to work out a realistic reform strategy that would introduce much-needed and difficult reforms to boost activity in the rest of the economy.”

However, for the country’s shadow decision-makers, which include powerful army generals who are steadfast in defending the status quo, any change that will cause them to lose their financial benefits is taboo.

According to Ghanem, the bleak task ahead - of remedying the economic situation and avoiding a further dinar collapse - is going to be difficult.

“Despite all that is going on in the country, the decision-makers seem unable to get ahead of the crisis and act upon it," she said.

"The coming period is going to be hard for them, but also for Algerians who are already hurting.”

“The government has no more fiscal room for the transformation of the structure of the economy. Today, it will be hard for this mono-dependent economy to diversify, be more productive and competitive.” 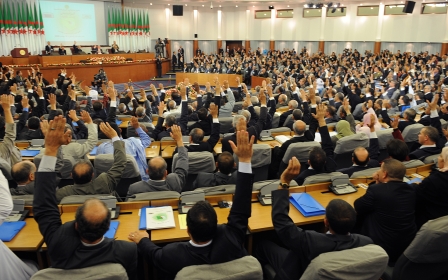 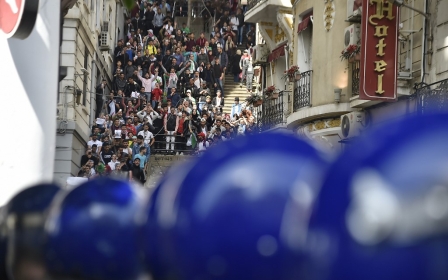