The funeral has begun for the powerful army chief Ahmed Gaid Salah, who had been in charge of Algeria since April.

Salah's body arrived at the country's People's Palace in a wooden coffin covered in the national flag and carried by officers, images broadcast by state TV showed, after he died of a heart attack on Monday.

Surrounded by large numbers of motorbike outriders, the funeral procession converged on the palace, which was built in the 18th century for Ottoman governors.

Salah, 79, became the country's de-facto strongman after longtime president Abdelaziz Bouteflika was forced to step down in the face of huge street protests in April.

Weekly protests continued in Algeria on Tuesday, despite the national mourning, though slogans were directed at the system protesters hoped to dismantle rather than Salah himself.

"We are not against one person, but against a system," Kahina, a 22-year-old student told AFP.

"We agreed that there would be no anti-Gaid slogans or signs out of respect for the dead."

Interim military chief of staff Said Chengriha was in attendance, while President Abdelmadjid Tebboune arrived a little after the procession.

Tebboune won a December 12 presidential election with 58.1 per cent of the vote on a turnout of less than 40 per cent, according to official results, in a poll dismissed by protesters as a ploy by Salah and other establishment figures to consolidate their power.

The election went ahead despite fierce protests and a boycott on voting day, especially in the northern Kabylia region.

Protesters were angered when the military took charge and pressed on with planned elections after Bouteflika was forced out, complaining that the ruling system had remained unchanged.

After his win, Tebboune awarded Salah the National Order of Merit, Algeria's highest honour. After the general's death he announced three days of national mourning.

Images broadcast by several TV stations showed a crowd massed at the gates of the palace to pay their final respects to Salah, who served as army chief for 15 years.

He was due to be buried shortly after 1200 GMT in Martyrs' Square in Al-Alia cemetery, where former presidents and other major Algerian figures are laid to rest. 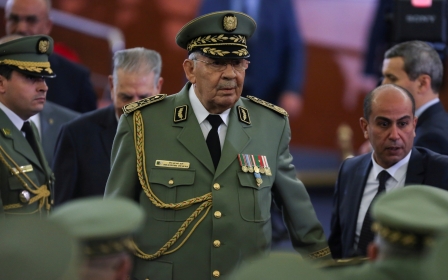 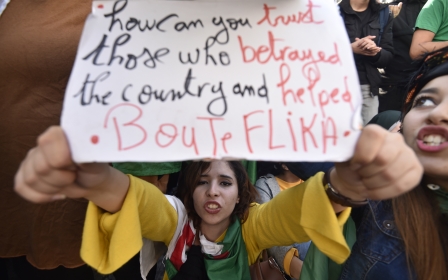