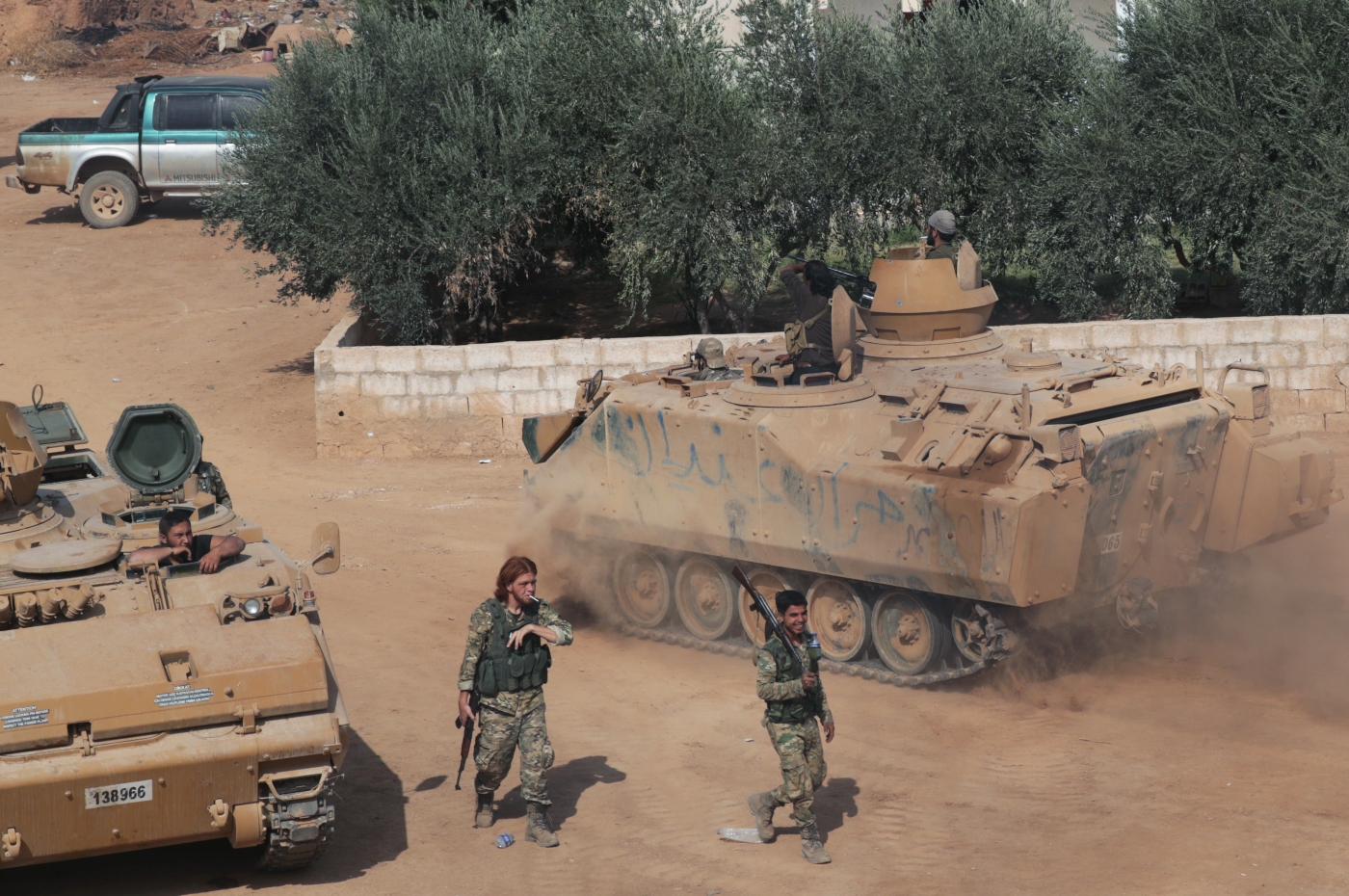 The top US diplomat on the ground in Syria has offered a sharp rebuke to President Donald Trump over his decision to step aside and make way for a Turkish military offensive into northern Syria.

In a 3,200 word memo obtained by the New York Times on Thursday, William Roebuck said the answer to whether US diplomacy, more serious sanctions threats or an increase in military patrols might have dissuaded Nato ally Turkey from launching an offensive was "probably not".

Still, "one day when the diplomatic history is written," Roebuck said, "people will wonder what happened here and why officials didn't do more to stop it or at least speak out more forcefully to blame Turkey for its behavior." Roebuck's memo may be the first expression of dissent from a Trump administration official on Syria, and comes as James Jeffrey, the top US envoy for Syria, is set to meet with senior Turkish officials and members of the Syrian opposition on Friday and Saturday.

Roebuck has served as a diplomat for 27 years and is also a former US ambassador to Bahrain.

He has been in Syria for the past two years, and has worked as a middleman between the Trump administration and the leader of the Kurdish-led Syrian Democratic Forces (SDF), Mazloum Abdi.

The SDF, which Turkey views as on offshoot of the Kurdistan Worker's Party that is defined as a terrorist group by both Ankara and Washington, was a close US ally in the fight against the Islamic State (IS) group.

The operation Turkey launched last month was ostensibly an effort to clear its border area in Syria of Kurdish fighters, which culminated in a ceasefire agreement that saw the fighters leave the area.

'The decision to stay is a good one, even if the 'protection of the oil' rationale plays into toxic Middle Eastern conspiracy theories'

Roebuck, on the other hand, described Turkey's invasion as "war crimes and ethnic cleansing".

In the memo, Roebuck went on to say the blame for civilian casualties needs to be shifted from the US to Turkey.

"We have a chance to minimise the damage for us and hopefully correct some of the impact of Turkey's current policies, as we seek to implement the president’s guidance for our presence in northeastern Syria," he wrote.

On Thursday, the Pentagon said revenue from oilfields in northeastern Syria would go to the SDF and not to the US, after Trump had hinted at the possibility of American companies taking them over.

Trump had announced additional forces would be deployed to Syria to protect the oil fields in the northeastern region of the country.

"The decision to stay is a good one, even if the 'protection of the oil' rationale plays into toxic Middle Eastern conspiracy theories that will need to be lanced with careful, sustained messaging reinforcing the truism that Syria’s oil is Syria’s and for the benefit of the Syrian people," Roebuck said in his memo.

The US diplomat concluded by offering some options for diplomacy, according to the New York Times, including maintaining relations with Turkey and stabilising the situation for the Kurdish population.

"Our diplomacy will also need to recognize we - with our local partners - have lost significant leverage and inherited a shrunken, less stable platform to support both our CT [counterterrorism] efforts and the mission of finding a comprehensive political solution for Syria," Roebuck warned.