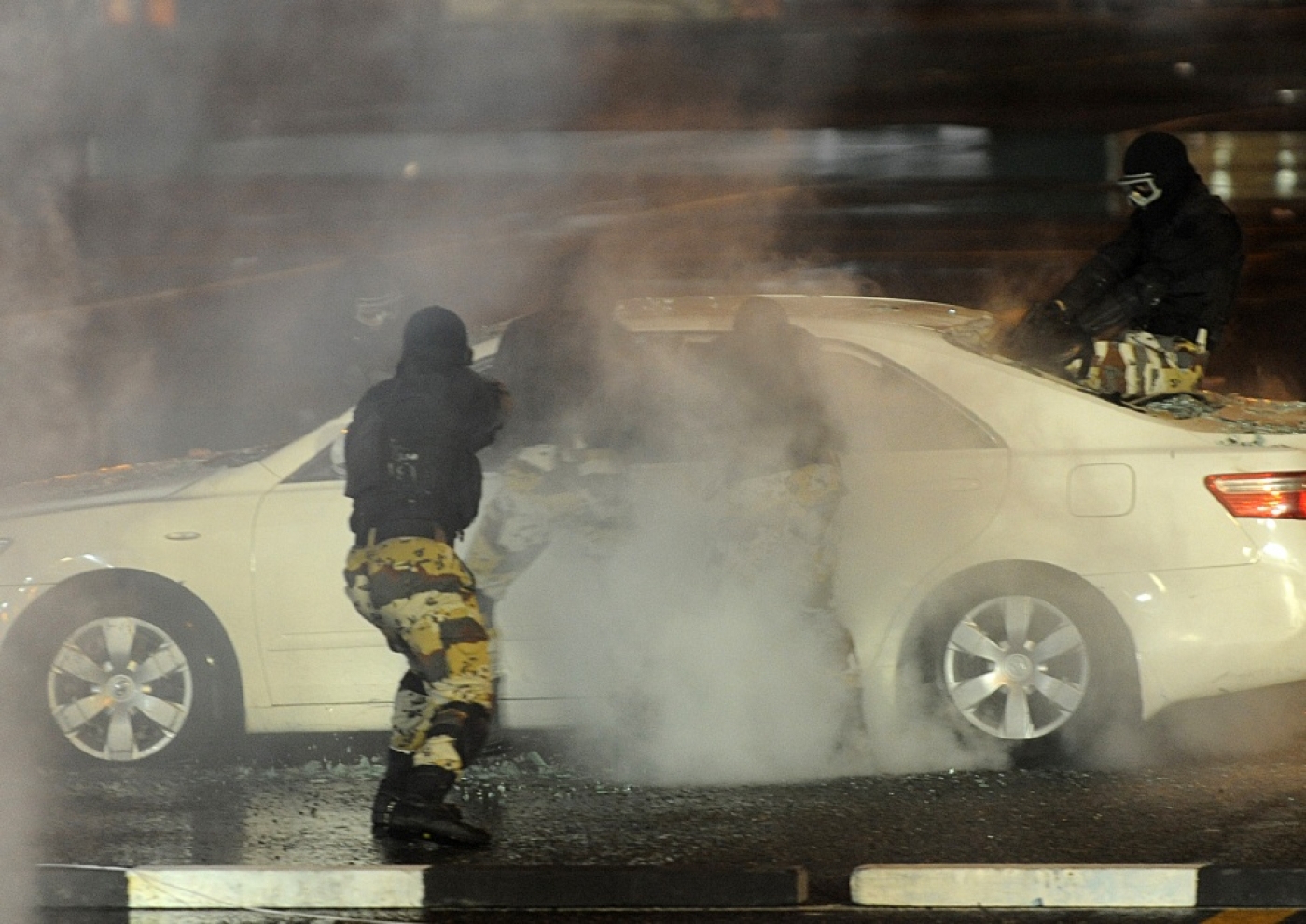 A gunman shot dead one American and wounded another at a petrol station in the Saudi capital on Tuesday, in a rare attack on Westerners in the kingdom, police said.

Unconfirmed tweets on social media indicated that the suspect chased one of the two Americans into the shop at the petrol station.

Following the attack near King Fahd sports stadium in Riyadh, a shootout ensued between the gunman and the security forces, a police spokesman said in a statement carried by the official SPA news agency. The assailant was wounded and subsequently arrested, police said, without identifying him.

"The wounded were taken to hospital," SPA added.

The US State Department confirmed that the two Americans were employees with Vinnell Arabia, a US-Saudi joint venture which trains the Saudi National Guard military programmes in Riyadh. The gas station where the shooting took place was less than a mile from the Vinnell Arabia base which appears from an introductory video on the company's website to be a newly constructed residential facility.

Vinnell Arabia has more than 1,250 employees, half of whom are Saudis, and is owned by Riyadh-based Arab Builders for Trading and US-based Northrop Grumman Corporation, according to the company website.

A statement released in Washington on behalf of the Saudi Embassy identified the gunman as 24-year-old Abdulaziz Fahad Abdulaziz Alrashid and, citing the Saudi Interior Ministry for Information, said he was recently dismissed from his job at Vinnell Arabia for drug-related issues. A person with knowledge of the shooting told the Associated Press that the shooter believed one of the two Americans had turned him into the company for alleged drug use.

Earlier in the day, the Saudi Gazette, in a tweet, cited an interior ministry spokesman who described the suspect as a US-born Saudi.

UPDATE: The assailant is a Saudi national born in the US, Interior Ministry Spokesman Maj. Gen. Mansoor Turki said.

Tuesday's shooting was the first deadly attack on Westerners in Saudi Arabia since several were killed in a wave of al-Qaeda violence between 2003 and 2006.

It comes as Saudi Arabia participates in a US-led campaign of air strikes against the Islamic State group (IS) in Iraq and Syria, but there was no immediate indication of any links between the attack and the more than three-week campaign.

Saudi pilots who participated in the initial late-September strikes against IS received online death threats.

In January, a Saudi court sentenced to death an al-Qaeda militant and jailed 10 others over a May 2004 attack that killed six Westerners and a policeman in the northwestern port town of Yanbu.

The defendants, seven of whom are brothers, were convicted of aiding assailants who attacked a US company, killing two Americans, two Britons, an Australian and a Canadian, as well as a Saudi.

Saudi authorities have long feared blowback from militant groups, particularly after the attacks of a decade ago, which included assaults on housing compounds where foreigners lived and led to a crackdown. Security around Western facilities has been markedly increased since then.

Fifteen of the 19 hijackers who took part in the 11 September 2001 attacks on the United States were from Saudi Arabia.

Saudi authorities have expressed concern about extremist ideas tempting Saudi youth, some of whom have joined fighters in Syria, where the IS has declared a "caliphate" straddling Syria and Iraq.

Saudi Arabia's top cleric, Grand Mufti Sheikh Abdul Aziz al-Sheikh, in August urged Muslim youth not to be influenced by "calls for jihad ... on perverted principles," and described al-Qaeda and IS militants as "enemy number one" of Islam.

During the annual hajj Muslim pilgrimage in western Saudi Arabia this month he said Muslim leaders must strike the enemies of Islam with "an iron hand".

"These criminals carry out rapes, bloodshed and looting," he said, adding that "these vile crimes can be considered terrorism" and their perpetrators have nothing to do with Islam.