As families celebrated Eid al-Fitr in Cairo's Al-Azhar Park, protesters were being gunned down by police a few miles away 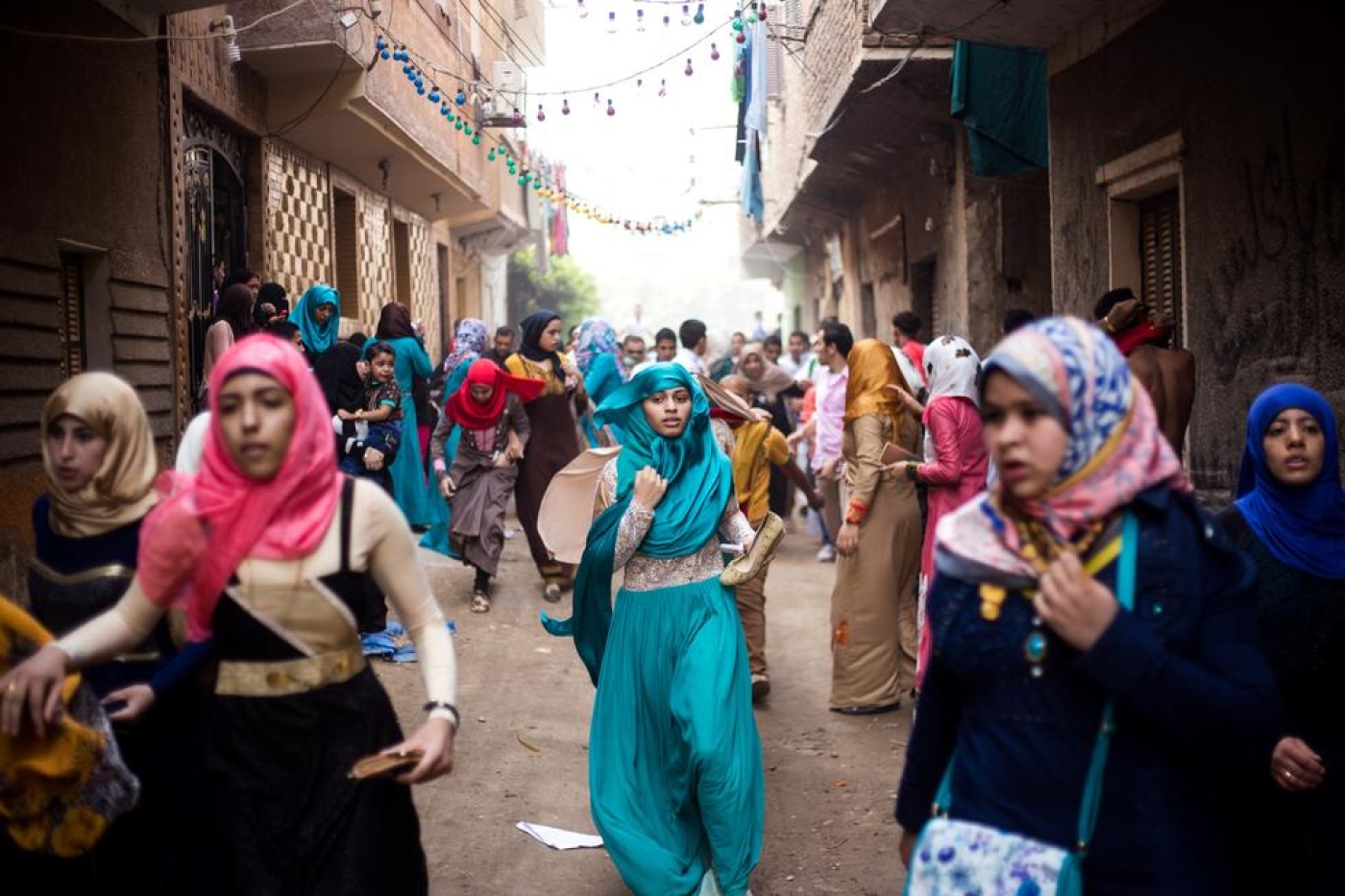 Is there a more divided country in the Middle East than Egypt? It may not suffer Iraq’s poisonous sectarianism or the open warfare of Syria, but after years of upheaval, the Arab World’s most populous nation is coming apart at the seams.

If you looked carefully the cracks in society were visible in 2011 when ex-president Hosni Mubarak gave a sentimental speech reminding Egyptians how he spent his life serving the country and wished to die there. Calls quickly followed for the hundreds of thousands of protesters in Tahrir square to decamp and go home; to give Mubarak a chance to redeem his faults.

Then came Mohammed Morsi. His bias towards Islamists and the Muslim Brotherhood during his brief presidency along with a media campaign funded by the Felool “wealthy and corrupt businessmen affiliated with Mubarak’s regime” to demonize the Islamists, deepened divisions further.

During the days of Morsi’s overthrow by the military in June 2013, it became evident that the Islamists were becoming totally separated from other segments of Egypt’s society.

Early in the morning on Friday - the first day of Eid El Fetr - I went to a square in Nahia, a small village outside Cairo. I had been told a protest was going to start directly after morning prayers.

I saw pictures of Morsi straight away, being handed out by men to children playing in the square, something you would rarely see in Cairo's neighbourhoods.

When the prayers ended young men in bright blue shirts - mostly affiliated with Ultras Nahdawy; a group established by young members of the Brotherhood to organise “anti-coup events” - started to rally and shout against the army. Others joined in as the men lit red flares and waved them in circles in the air.

“It’s getting harder and harder to hold a protest inside Cairo,” Osama Abo Mahmoud, a 34-year-old student from Nahia, told me when I asked why the Brotherhood had chosen this area.

“They came here to escape the harsh grip of the police forces. The police rarely attack a protest here,” he said.

I reached for my camera to start taking pictures when I heard the crack of gunfire. Police, who had stormed the protest from a side street, were opening fire. Women and children ran, stumbling and falling upon each other as they tried to escape the police officers who were firing from the hip without any kind of warning.

In the space of three minutes the protest had scattered, 25 demonstrators had been shot, three were dead.

“This is new,” he said. “Before the police only cared about protests in Cairo, protests in the villages weren’t important to them. It shows now have zero tolerance to any kind of protest, in the capital or in the villages”, he said.

Soon after, I left Nahnia and headed to Al-Azhar Park in downtown Cairo, one of the few public spaces in Cairo where families can gather with their children.

Hundreds of families were sitting on the grass having picnics and enjoying the evening sun. Young men in jeans were chatting with girls in loose-fitting veils.

Social media and news outlets were full of reports about how Brotherhood-led protests across the country had been violently dispersed. But in Azhar park there no mention of the violence unfolding a few miles away.

“I sympathize with the protesters, but I think its stupid going to the streets these days, protesters are getting killed and the demonstrations are shrinking by the day,” said Tarek al-Basset, a 43-year-old owner of a printing business, who was sharing a picnic with his wife and two sons.

“They (the Brotherhood) should stop going to the streets and start arranging their papers, and come up with a new effective strategy to face the state, protesting seems totally and completely useless”.

I asked what his sons thought about the protests.

“My children are young, and they wanted to have fun on this day. Prophet Mohammed celebrated Eid, though he was sad because of the Muslim captives, I am sad for the protesters, but I too will celebrate Eid.”

Ahmed al-Gebaly, a 20 year-old man from Giza, expressed his disinterest in protests and politics altogether: “Protests lead to nothing,” he said. “I only want to have a good time, today is Eid, enough with the protests”.