Burning firewood to stave off freezing temperatures in Syria, parents are exposing children to long-term health problem like asthma 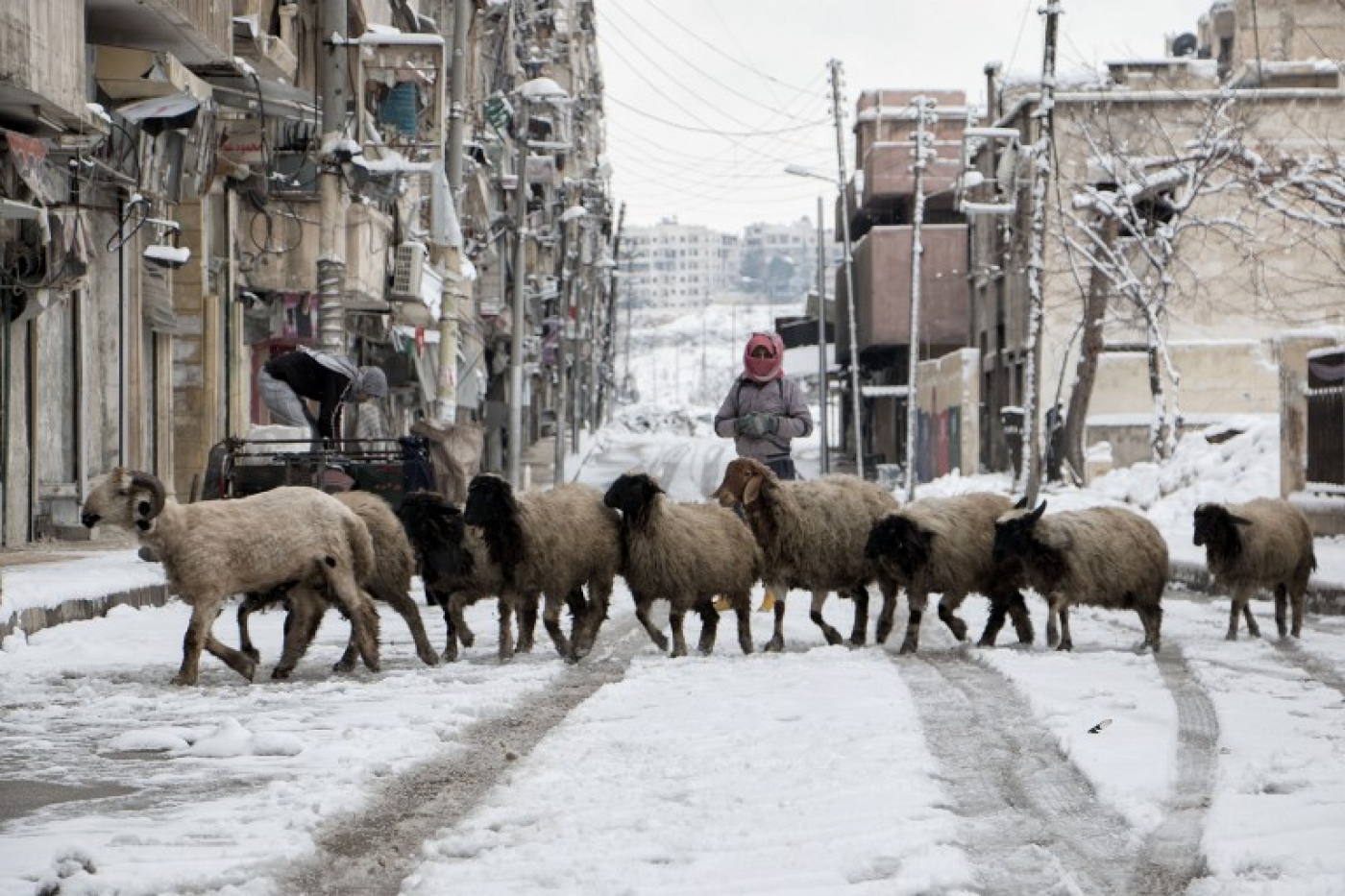 DERA’A, Syria – Um Khaled and her boys have been on the move since 2011. Fleeing the war as it sweeps through one village after another, her sons are out of work. Her husband is not around. Her grandchildren often go to bed hungry.

Since Wednesday, however, the 55-year-old mother of three from Dera’a, a south-western Syrian province near the border with Jordan, has faced a far more pressing predicament: the cold.

“Every morning we go out to collect firewood from under the trees and farmland around our home so we can keep the children warm,” she said.

It's a losing battle.

“Last night three of my grandchildren were crying because they were so cold,” said Um Khaled.

With power cuts plaguing the country and fuel, diesel and gas, in short supply, Syrians like Um Khaled use wood-burning fires as a last resort in an effort to stave off the cold brought on by one of the worst winter storms to hit the Middle East in decades.

Eleven people have died in the freezing temperatures this year according to the Syrian Observatory for Human Rights, a London-based monitoring group.

Seven children, including twin baby girls, are among those who perished after a cold front blew through the region on Sunday, compounding heavy snows that fell the week before.

The snow storm - which has caused widespread damage, clogging roads and disrupting transport - is affecting the most vulnerable, in particularly the hundreds of thousands of Syrian refugees and internally displaced living in tented settlements across the region.

The death toll could be much higher. According to the Syrian Revolution Coordinators Union, a group of opposition activists, 26 people have perished in Syria, with southern Syria being the worst affected.

By the weekend, many thought that the cold conditions were receding but then temperatures plummeted to minus six degrees Celsius and more snow beset a population displaced by war and struggling to stay warm.

Dera’a has been devastated by the war and civilians, mainly farmers and landowners, say they are caught in a bloody tussle for power between forces loyal to President Bashar al-Assad and opposition militias. There are no aid agencies and little access to humanitarian supplies.

In rebel-held areas electricity is a rarity; often coming on for less than an hour a day. The rising price of diesel fuel, once a commodity used by families for heating, has made it a luxury. (A tank of gas for a domestic heater, just 10 JOD ($14 USD) in the nearby Jordian capital of Amman, sells for more than $27 USD in Dera’a).

Those who can afford it squabble in the street over the little fuel available. The rest use firewood to heat their homes, a practice that doctors say poses serious health risks.

“We’ve seen more of this in recent days. Smoke inhalation, like that from firewood, may cause asthma, inflammation of the lungs, and exacerbate the common cold, especially in children,” said Hani, a doctor at a field hospital in rural Dera’a.

Very few homes in Syria have chimneys so smoke from the fire gathers in living spaces contributing to respiratory diseases in adults and especially children.

Desperate parents are faced by the awful decision of choosing between keeping their children warm and preventing them from being exposed to long-term health problems.

Though poor families like Um Khaled’s collect their own wood, others who wish to buy in bulk can do so, accessing a black market that has emerged around this new fuel: in Dera’a today, the price of a ton of firewood is 50,000 Syrian pounds or about $277 USD.

Abu Jamil, the head of a local village council in the rebel-held east of Dera’a, said his village was experiencing an acute shortage of heating materials, particularly diesel. After four years of war, Abu Jamil sees this as a tactic.

“Diesel is a basic necessity for the people of Dera’a. This shortage is collective punishment by the Syrian regime, punishing all the civilians who live in areas controlled by the opposition. They’re depriving us of all living services, including heating methods,” he said. Environment
Refugees at risk as two die in Lebanon snowstorm