Amira's choice: The Iraqi grandmother who risked everything to stop IS slaughter

Amira Said hid 20 Shia men who escaped the Camp Speicher massacre. The act made her a hero, but cost a marriage and three of her sons' lives 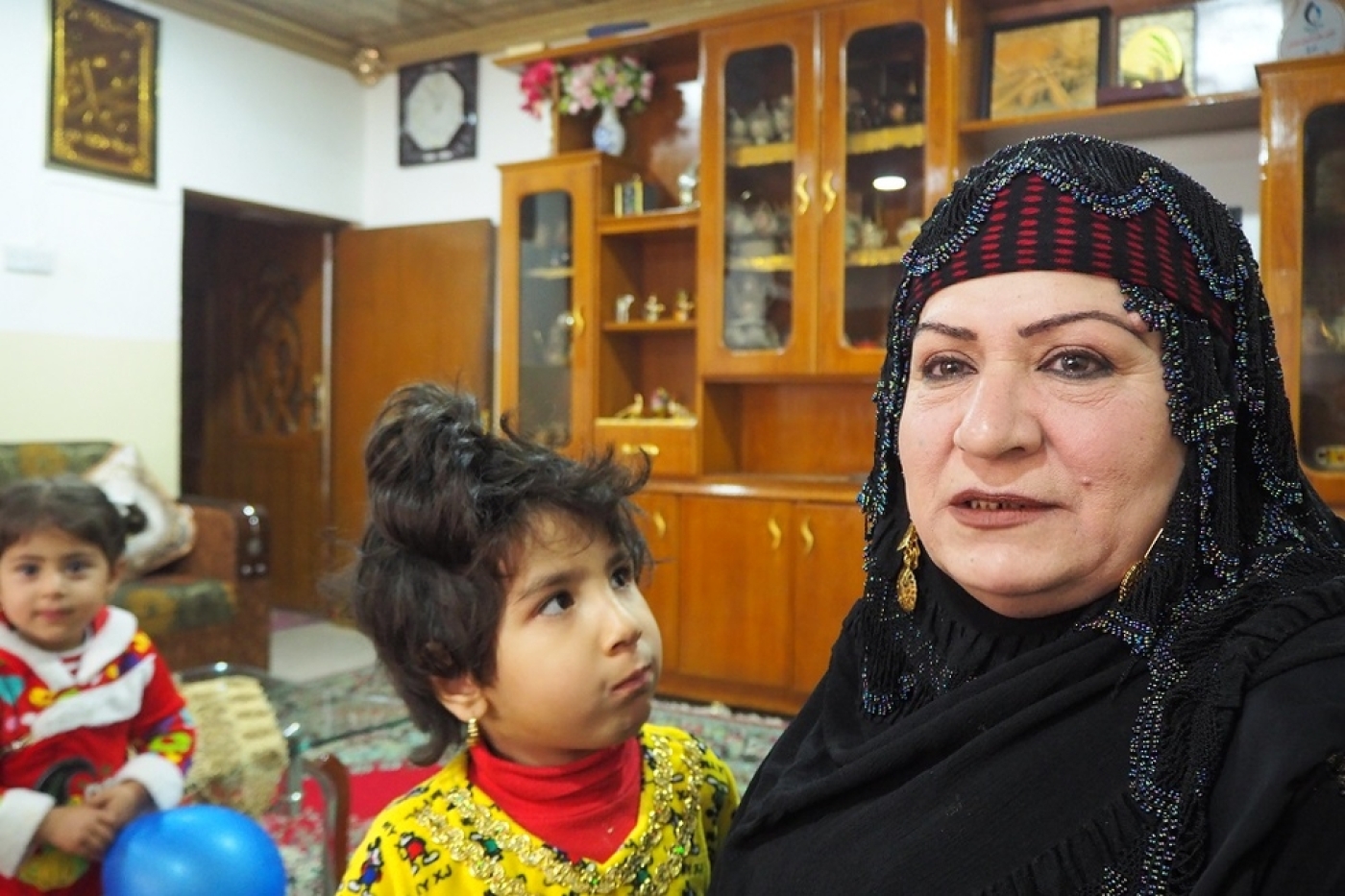 Kirkuk, IRAQ - In the sitting room of her family's Kirkuk home, Amira Abdulrahman Said welcomes visitors with typical Iraqi hospitality, before recounting the life-changing night in June 2014 when she received a group of very unexpected guests.

Earlier that day, the grandmother of 18 was called by her friend Um Khassai from the town of al-Alam, near Tikrit, which had fallen to the Islamic State only weeks before.

One asked me if I was Turkman or Arab, Shia or Sunni. I told him I was all of them because I was Iraqi and a mother

Um Khassai said she and her family had escaped from IS and, seeking refuge in Kirkuk, needed a place to stay. But, when they arrived, among her friend's extended family were 20 dishevelled young men Amira did not recognise.

While tea was brewing for the guests, Um Khassai took Amira aside and, after swearing her to secrecy, told her the young men were Shia cadets from Camp Speicher who had escaped an IS massacre of almost 2,000 young men.

Videos of the murders had already been widely circulated.

"I hit my head with my hands in disbelief and horror. Kirkuk was partially under siege by IS then and there was even an IS family living in this very street. If anyone found out about this, they would kill everyone in my family," she said.

"Um Khassai told me I had two choices - either I could try to save the boys or kick them out and they would certainly be discovered and killed, but she begged me to help and I agreed."

Amira's choice would change her life, destroy relationships and tear her family apart. But she knows she did the right thing, and it saved the lives of 20 Iraqis.

Um Khassai left to return to al-Alam and, back in the house, Amira found many of the young men - traumatised and terrified - in tears.

Only days before, they had been training at Camp Speicher, near Tikrit. When they were sent home for a fortnight's holiday, IS rounded up thousands of recruits on the road and murdered them in the grounds of one of Saddam Hussein's palaces.

"I told them not to be afraid of me and not to cry. One, called Muhunnad, asked me who I was, if I was Turkman or Arab, Shia or Sunni," Amira said. "I told him I was all of them because I was Iraqi and a mother."

She told Middle East Eye she had never believed in sectarian divisions between Sunni and Shia.

"I told them they were now like my sons and they must call me mother, assuring them that they were safe and, if IS came to my home, they would have to kill me and my sons first."

Amira kept her word and told no one the truth, not even her family, saying the boys were students from Tikrit university.

One of the cadets had been shot in the leg as he ran from IS but Amira explained away his limp as the result of a car accident, dressing the leg-wound in secret every night at 3am, while everyone else was asleep.

With Amira's own family, Um Khassai's family and the young cadets, there were 61 people crammed inside the house.

Feeding everyone was a logistical challenge, and took 50kg of rice every day - food that had to be bought surreptitiously from several shops and moved secretly to the house to avoid raising suspicion.

Mourning for the living

She let the cadets call their families in southern Iraq and spoke to some of their mothers. One of them did not believe her son's story of escape and thought he was being forced to say everything by IS at gunpoint.

"I spoke to her, and she admitted she had already held a three-day mourning ceremony for his funeral, believing he had been killed," Amira said.

"I assured her that her son was alive and well, and told her that, as long as I was alive, he would be returned safely to her. We were both in tears."

He asked me, 'Why do you want to help Shia? What's wrong with you?'

- Amira on her friend's reaction

Knowing it was impossible for her to keep the boys safe indefinitely, Amira sought the help of a close friend Abu Mohammed in a town 30 miles south of Kirkuk.

She told him she was sheltering 20 students from Tikrit university, fearing he would refuse her request if he knew they were from Camp Speicher, and that he had to help her get them back to Baghdad.

"He said: 'Are you crazy? They'll all be killed at the first checkpoint', and asked me: 'Why do you want to help Shia? What's wrong with you?' But I told him they were Iraqi and we were all Iraqi and we had an obligation to return them to their families in Baghdad," she said.

Reluctantly the man agreed but said the operation would take serious planning and that he would call her only once he had made the arrangements. It took 15 days.

"Every minute of those 15 days felt like one year, every single minute," Amira said.

"During that time, I barely slept. Every night, me and my cigarettes would stay up all night, and during the day, I would read the Quran and pray with the boys.

"I joked about maybe letting them marry my daughters, because I had to keep them mentally strong and not afraid, even if the worst came."

Abu Mohammed eventually called and told her to prepare the young men to be smuggled to Baghdad via a complicated route winding through desert tracks, and leaving at midnight.

Every minute of those 15 days felt like one year, every single minute

"We dressed them in new clothes and put them in the cars, but then they all come back into the house, crying and saying they didn't want to leave me," she said.

"It took half an hour before I convinced them not to be afraid of death and to get back into the cars."

After they left, Amira took a copy of Quran and started reading it aloud, repeatedly asking God to keep them safe. Although she had left school at 11 to marry her first husband, she had been taught to read the Quran.

"I finished reading the Quran after 15 hours and, as I closed the last page, the phone rang," Amira said.

Amira's cheerful and animated demeanour as she recalls the events in 2014 belie the personal tragedies that followed her brave undertaking of sheltering the young cadets.

After the boys were safely in Baghdad, the story became public and IS started hunting down her family in al-Alam.

"They were so young. None of them had even reached 30 and one had a baby still in nappies. And the killings continued. They killed my husband's brother, who was a police chief in Tikrit, and two of his sons.

Because I saved 20 Iraqis, I lost my husband and I lost my sons

"In total they killed nine members of my family, leaving three young women without husbands."

When her second husband, a committed Sunni, found out she had helped save 20 Shia in secret and without consulting him, he immediately divorced her.

"Because I saved 20 Iraqis, I lost my husband and I lost my sons," she said, tears welling in her eyes, before she steeled herself with a cigarette and a sip of tea.

Receiving death threats from IS on a daily basis, she fled to Turkey where several of her sons from her first marriage - which ended when her husband, a member of an opposition political party, was arrested and executed by former Iraqi leader Saddam Hussein - were living.

"I stayed there for two months and then called my family here and said I wanted to come home," she said.

"They were terrified that I would be killed and tried to dissuade me but I told them I was not afraid of death and nor should they be."

She still receives occasional death threats by telephone but shrugs these off, saying she is still not afraid.

Their actions in 2014 made Amira and Um Khassai something of regional heroes, and they have been honoured with awards in Lebanon and Egypt as well as locally in Iraq, where Amira has gained the nickname 'Iraq's mother', because she didn't believe in the Sunni-Shia divide.

Many of the cadets still call Amira regularly, and she said the doors of homes across Iraq's south are always open to her.

"I have had a hard life and I knew loss from when my first husband was killed," she said,

"But, knowing this loss made me realise the importance of getting those boys home to their mothers.

"I feel it was my life's purpose to save those young men and God helped me to achieve it.

"It is true that I lost three of my own sons but now all the boys of Iraq are my sons." 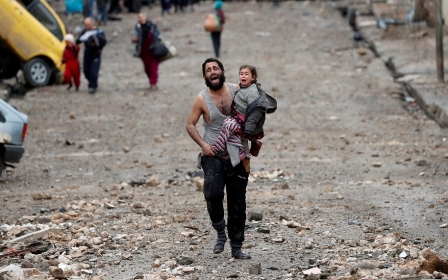 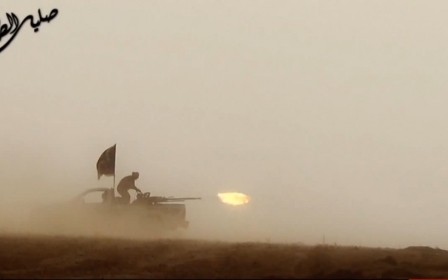 Iraq at War
Commanders left Tikrit base before IS massacre, Iraqi parliament hears 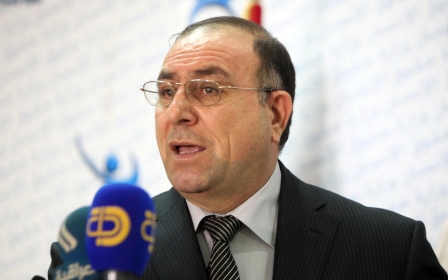