After a state of emergency ended, France's laws targeting individuals based on secret information leave its victims with little legal recourse 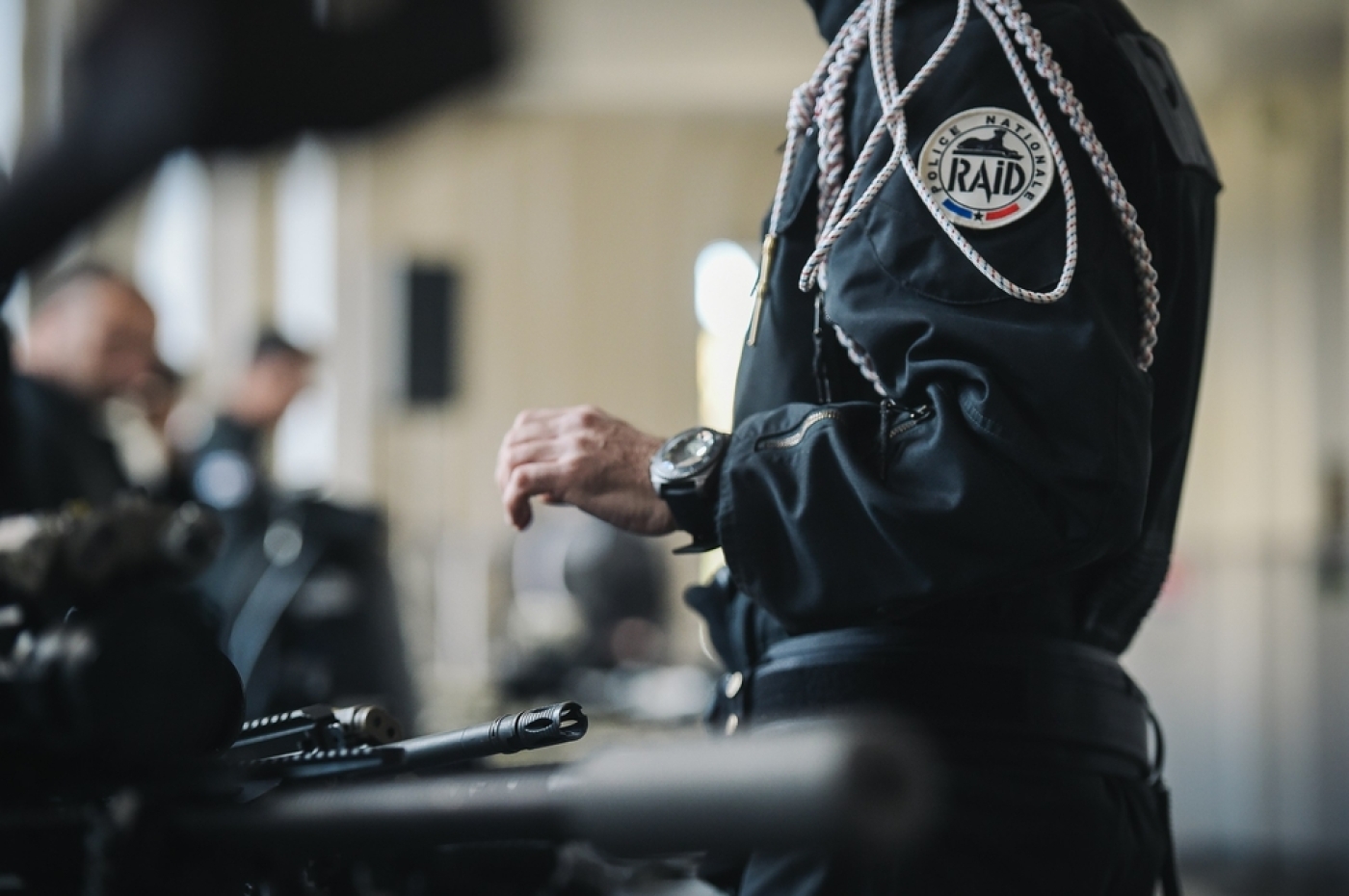 More than 800 people have been put under residency restriction orders in France since 2015, with few recourses to challenge such orders (AFP)
By
Aviva Stahl

France is violating international human rights law by restricting the movement of people with tenuous and unproven ties to terrorism, according to a new report released by Amnesty International on Thursday.

The report, entitled “Punished without Trial”, outlines how the French government has been circumventing the protections enshrined in criminal law by subjecting people to house arrest under administrative measures instead.

From a state of emergency to SILT

After the Paris attacks on 13 November 2015, the French government implemented a state of emergency. Authorities were granted a wide range of powers, including the ability to impose strict movement controls on individuals without charging them with any crime.

In October 2017, after having extended it six times, the French government finally lifted the state of emergency. But that same month, the “Homeland Security and Fight Against Terrorism” (SILT) law came into effect, ensuring that many of the exceptional powers previously granted to the state were still in force – except now under regular law.

Under SILT, as had occurred under the state of emergency, the Ministry of Interior has the power to place individuals under control orders without seeking approval from a judge. These orders, which last for three months and can be renewed for up to one year, have an immense impact on their subject’s lives.

One individual, identified as Rochdi in the report, could not leave his small town for a year and a half, and had to sign in at the local police station multiple times a day, making it impossible for him to visit his family or hold down a job.

Although the process of being placed under a control order operates entirely outside of the criminal law context, violating such an order is a criminal offence

In addition to residence orders, SILT also allows authorities to issue various other kinds of restrictions. In some contexts, the law grants authorities easier access to private homes, meaning whole families can be subjected to invasive police searches without judicial review.

Although the process of being placed under a control order operates entirely outside of the criminal law context, violating such an order is a criminal offence. Some individuals interviewed for the report had been jailed for a year or longer for failing to adhere to the exact specifications of their order.

SILT allows for the imposition of residence orders “for the sole purpose of preventing the commission of terrorist acts, when there are serious reasons to believe that the individual’s behaviour constitutes a serious threat to order and security”.

According to the report authors, however, the bill measures the potential risk posed by any given individual using “broad and vague” standards - which means that people may be effectively sanctioned for engaging in legal activities.

Control orders are generally imposed based on a form of evidence called notes blanches: unsigned, undated documents from the intelligence services that include information about the suspected individual’s behaviour and contacts. The information included in the notes is often based on classified or secret evidence, making them very difficult to verify or contest.

In all of the individual cases Amnesty examined for the report, the ministry had cited mere contacts with a suspected or convicted terrorist as grounds for imposing a control order.

The notes blanches reviewed by Amnesty also included references to past difficulties in schools, the possession of religious documents and past dropped charges. In some notes, the physical appearance of the person being placed under the order - for example the length of their beard - was also included.

It’s a way to tell people "If you don’t toe the line, look what is going to happen to you." It’s a tool of communication for the state

- Kamel Daoudi, subjected to a control order for 10 years

These generic observations contributed to painting a picture of potential danger, sometimes by describing a person’s perceived religious practice and identity, Amnesty stated. “If they subject us to those measures, they have to justify it,” one individual subjected to an order told the human rights group.

People subject to control orders only have access to the notes blanches about themselves if they attempt to challenge the measure in court. Moreover, in almost every instance in which someone opted to challenge their control order, the judge ended up ruling in favour of the state.

“As of October 2018, not one of the 40 assigned residence orders challenged by individuals in court had been struck down by courts,” the report read. According to Amnesty, the quasi-impossibility of getting such orders lifted is in part due to the difficulties faced by administrative judges in verifying or challenging information provided by the Ministry of Interior.

Sarah Kay, a human rights lawyer and expert in counter-terrorism and conflict, is also concerned about how evidence of alleged wrongdoing is submitted and reviewed in the control order context. The “blind trust” inherent in the use of notes blanches “is not consistent with a right to a fair trial and can't be deemed proportionate,” she told MEE. “Every decision should be legally reviewed and documentation against a complainant be accessible, even partly.”

While most of the Amnesty report focuses on the impact of the state of the emergency and the 2017 SILT law, it also examines the broader use of administrative powers to curtail the liberties of people with suspected terrorist ties.

Under one law, the Code of Entry and Residence of Foreigners and the Right to Asylum, people can be placed under residency restrictions if they cannot be deported but are perceived - at least according to the authorities - to pose a threat to public safety.

After Kamel Daoudi, 44, was stripped of his French citizenship following his conviction on terrorism charges in 2005, the European Court of Human Rights ruled it would be dangerous and unlawful to deport him back to his country of birth, Algeria.

As a result, following his release from prison Daoudi has lived under a control order for the past decade, including residency restrictions, a curfew and required police sign-ins three or four times a day.

In 2016, Daoudi was forcibly removed from the city he lived in with his wife and four children and resettled in another village 400km away. The separation has been traumatising for him, his wife and their four children, he told MEE in a phone interview.

The number of individuals affected by these administrative measures isn’t large, especially since the state of emergency ended. While 754 residency restriction orders were issued between 2015 and 2017, only 70 have been issued since the passage of SILT.

According to Daoudi, however, the purpose of cases like his isn’t just to control specific individuals, but to send a message to the public at large.

“It’s a way to tell people 'If you don’t toe the line, look what is going to happen to you',” he told MEE. “It’s a tool of communication for the state.”

Asked how she would respond to critics who say control orders and similar measures are necessary to protect human life, Amnesty’s Seyhan said it was a dangerous idea.

“The narrative that such measures are necessary - that we must give up our rights in order to be secure - actually paves the way for a society where liberty becomes the exception and fear becomes the rule,” she said.

“[I]f someone is suspected of involvement in a terrorist offence, they should be investigated and, if there is sufficient evidence, prosecuted - not subject to an unfair, parallel and shadowy system of ‘justice’.” 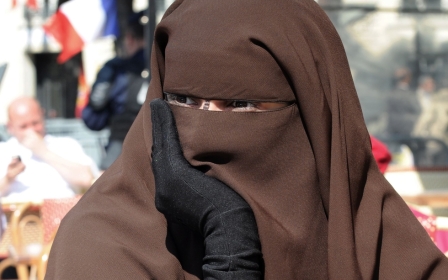 Human Rights
When it comes to Palestine, France can't shake off its colonial past
Hanine Hassan