Review site should 'urgently remove listings in settlements and send a clear message that it will no longer contribute to human rights violations,' rights group says Amnesty International called on Tripadvisor to remove listings in West Bank settlements, saying the travel website is among a group of companies that are "tacitly supporting" Israeli expansionism in "brazen defiance" of international law.

The existence of Israel's settlements in the occupied West Bank has been described by the International Court of Justice as contrary to international law.

Amnesty's call comes less than a week before a 1 July deadline when the Israeli government plans to begin the process of annexing large parts of the occupied West Bank and its Jordan Valley, despite condemnation from the United Nations, the Arab League and European lawmakers.

"It is shameful that Tripadvisor has failed to update its policies, even as Israel forges ahead with increasingly aggressive land grabs that will intensify the suffering of Palestinians," Saleh Higazi, Amnesty's deputy regional director for the Middle East and North Africa, said in a statement on Thursday.

"Tripadvisor must comply with its responsibility to respect human rights and refrain from contributing to war crimes."

The website hosts user-generated reviews for hotels and tourist attractions and serves as a platform for reservations.

Last year, Airbnb announced a decision to delist Israeli settlements, only to reverse it a few months later after an intense pressure campaign by pro-Israel advocates, some US legislators and American states.

The about-face angered rights groups and led thousands of users to deactivate their Airbnb accounts in solidarity with Palestinians.

Amnesty stressed that companies have an ethical responsibility not to do business in Israeli settlements, which have been declared by the UN Security Council to be a "flagrant violation under international law".

"Companies which operate in the settlements are contributing to human rights violations and tacitly supporting Israel's policy of forcing Palestinians out of their homes and crushing their basic rights."

Earlier this year, the UN Human Rights Council published a list of Israeli and international companies that facilitate settlements in Palestinian territories by providing construction services, using natural resources for business purposes and supplying surveillance equipment to the Israeli military.

The list includes Expedia, Tripadviser, Airbnb and Booking.com. Amnesty called out the tourism companies in a 2019 report.

"In doing business with settlements, all four companies are contributing to, and profiting from, the maintenance, development and expansion of illegal settlements, which amount to war crimes under international criminal law," the rights group said at the time. 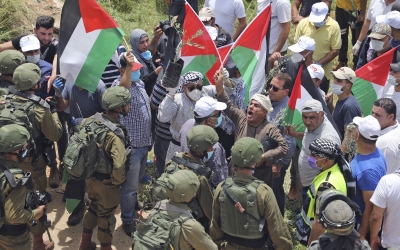 "They are also contributing to violations of human rights law and acting in direct contradiction with their own corporate standards."

Tripadvisor responded to Amnesty's call to remove settlement-based destinations from its website by stressing the listings did not amount to an endorsement of Israeli policies.

"We understand that this issue is a sensitive matter with cultural and political implications. The listing of a property or business on Tripadvisor does not represent our endorsement of that establishment," the company said, according to Amnesty.

"Tripadvisor's response completely ignores the hard facts of international law, as well as the fact that its own listings pump money into the settlement economy," said Higazi.

"While tourists in Susya settlement enjoy wine and a swimming pool, Palestinians on the other side of a barbed wire fence live in makeshift shelters slated for demolition and struggle to find clean water. Tourism is sustaining this outrageous situation." 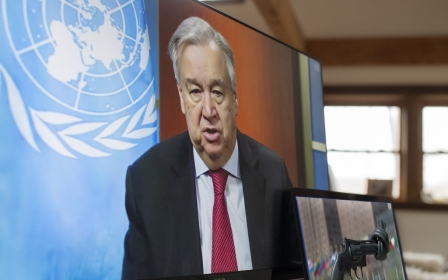