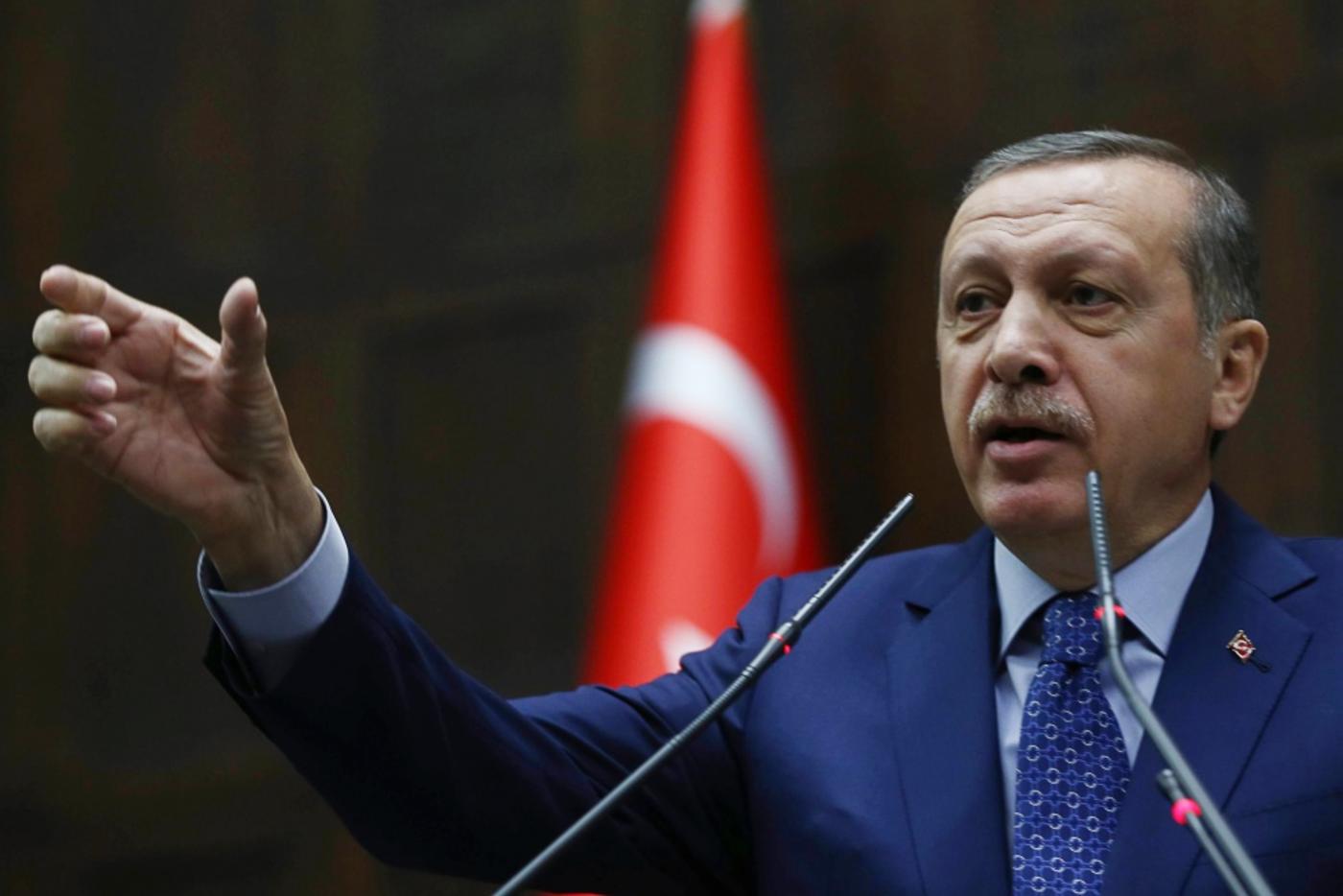 A staunch opponent of high interest rates, Erdogan has engaged in sporadic quarrels with the Central Bank of Turkey (AFP)
By
Cagri Ozdemir

The Turkish Lira (TL), the currency of Turkey, is tumbling, hitting all-time low values repeatedly against the US dollar (USD) over the course of the last few weeks, and economic crisis scenarios are making their way into international news. President Recep Tayyip Erdogan, meanwhile, is all but happy regarding the situation.

"If the Central Bank (CB) says that its duty is only inflation and price stability, it means that it does not understand its duty," Erdogan said on his way back from Saudi Arabia two weeks ago.

"If the CB revises the inflation [predictions] three or four times in a year, there is a problem here. But what you do is that you try to keep up [a war of] words with the president and your criticizers. Tomorrow they will say that the currency rates went up again, if so, then take precautions. This is not sustainable with acting upon the decisions of Western powers, they cannot act with the orders that the 'interest lobby' gives."

The term "interest lobby" was developed during the Gezi Park protests by Erdogan's now-advisor Yigit Bulut, for allegedly being behind the demonstrators with the aim of shaking the stability of the government if not toppling it.

Just one week before this statement, Central Bank chief Erdem Basci and the deputy prime minister responsible for the economy, Ali Babacan, allegedly resigned. However, their resignations have not been accepted by Prime Minister Ahmet Davutoglu.

To calm the waters, Erdogan held a lengthy meeting at the presidential palace in Ankara on Wednesday night with the chiefs of the Turkish economy. There he delivered seemingly more moderate comments regarding the recent downturn.

When asked about the meeting and his differing opinions with Erdem Basci and Ali Babacan at a press conference, Erdogan said: "We settled the differences in the end. I hope we can go ahead with this result in the upcoming days by having more frequent meetings."

However, economic data tells another story. Since the beginning of the Gezi Park protests, the value of TL depreciated more than 40 percent against the USD. Although the loss was recorded over the course of a year and a half, the percentage of the devaluation is on the same level as that of the 2001 economic crisis, which eventually shattered the coalition government of the day and resulted in the Justice and Development Party's (AKP) landslide victory in the 2002 elections.

According to international political economy professor Ziya Onis at Koc University, the 2001 crisis "created the basis of economic reforms which the AKP could subsequently capitalise upon to maintain its broad-based, cross-class coalition of support in a high growth environment. [Moreover] the economic crisis of 2001 effectively led to the demise of the coalition government in the ensuing general elections of 2002."

Origins of the current downturn

Turkey's export-oriented economy since the boom in 1980s consolidated rapid industrialisation during that decade, and the political measures taken after the 2001 economic crisis facilitated steady growth.

"The 2001 crisis proved to be a decisive turning point which clearly changed the attitude of the coalition government in favour of reform," Onis argued.

"The 'strong economy' program implemented in 2001 under the leadership of Kemal Dervis [former World Bank vice president], the newly appointed minister of state responsible for the economy, was a major step for Turkey’s encounter with 'regulatory neo-liberalism'.

"Important steps were taken in this context to establish fiscal and monetary discipline coupled with strong regulatory measures aimed towards the banking and the financial system," Onis further argued.

Moreover, on top of tight monetary policy and a carefully planned economy, the GDP growth of Turkey since 2002 has been consolidated by a huge construction boom, consumption, financing the economy with foreign direct investments and the international flow of capital.

For a long time, thanks to the low value of the USD and the Federal Reserve's (FED) low interest rates since early 2009, developing countries like Turkey have attracted investors.

However, for many economists, the sustainability of the Turkish economic model is largely dependent on the flow of foreign capital, which is then being transformed into low-interest-rate credits for investors as well as individual borrowers.

According to Sebnem Kalemli-Ozcan, an economics professor at Maryland University, thanks to the monetary stability, the inflation rate has dropped since 2002, causing Turkey to borrow at a lower cost and providing the private sector with credits.

AKP's monetary success during its three terms was significant as the government party managed to lower the public debt to GDP from around 70 percent in 2004 to 33 percent in 2014. But during the same period, in relation to lower borrowing costs, the external debt of the country considerably increased, amounting from $147bn in 2004 to $401bn USD in 2014, marking around 40 percent of its GDP.

For Kalemli-Ozcan, this situation puts Turkey in a vulnerable position, resulting in a growing current account deficit. Current account deficit is how much an economy borrows from the rest of the world. A high level of borrowing by the private sector and its share of the GDP is a worrisome sign, and currently around 30 percent of Turkey's GDP needs are coming from outside.

In this context, fluctuations in the TL-USD parity comes with an extra burden on debtors, which in this case are both the private sector and individuals.

In order to maintain the sustainability of this system and continue having a steady flow of external capital, Turkey must convince the international markets and global investors that it is a safe place for investment opportunities.

Where did it all go wrong?

Moreover, one important factor also determines the trajectory of the economic growth: political stability. The winner of three general elections, the government party AKP and its economic plan, based on former World Bank vice president Kemal Dervis' model, was shining like a beacon of stability in the region.

For many years, Ali Babacan and his technocrat team's good management of the economy encouraged many investors all around the world to put their money in the Turkish market.

However, the Gezi Park protests in the summer of 2013 and the subsequent developments in the aftermath disturbed confidence in the Turkish market. The tone of the prime minister of the day and then President Erdogan against the protestors in Gezi, and his fight against the shadowy Gulen movement since late 2013, had an effect on investor behaviour.

A staunch opponent of high interest rates, Erdogan has engaged in sporadic quarrels with the Central Bank of Turkey, putting pressure on the institution to lower the interest rates. The situation in the last few weeks reached a more dramatic point after he blamed Ali Babacan and the CB chief Erdem Basci for allegedly taking orders from the so-called "interest lobby".

On 6 March, the pro-government daily Sabah published an article titled "Staging a chaos plan with the USD exchange rate", putting the responsibility on the "interest lobby". According to the article, London bankers and their local collaborators were behind the recent depreciation of the Turkish Lira.

This coincided with the US visit of Prime Minister Ahmet Davutoglu, Ali Babacan, and Finance Minister Mehmet Simsek. Although Davutoglu and his team met with investors from Goldman Sachs, Citibank and Merrill Lynch, it appears that they were not successful in "sooth[ing] the nerves of New York investors, who hold more than a fifth of the main Turkish stock index”.

According to Cem Sidar, the director of the research and consultancy firm Sidar Global Advisors in Washington DC, Davutoglu's attempts to convince the investors that the Turkish economy is stable and safe for investment do not represent reality. "After Erdogan's comments and his [indirect] intervention with the Central Bank, the confidence in the government's rational management of the economy has been lost," Sidar argued.

In contrast, on his way back to Turkey, Davutoglu told the press that the talks were successful, linking the debates on TL to the global economy. "It can't be linked solely to debates in Turkey. All our institutions are taking the necessary measures in connection with the dollar strength. After the initial rise, I held talks yesterday with our central bank governor," he said.

In the wake of upcoming elections in June, Erdogan will not tolerate any fluctuation in the Turkish economy. The Davutoglu government and his aides are on the same side, but the way the president is intervening in the situation makes matters worse.

According to Ahmet Insel at Galatasaray University economics department, Erdogan's remarks are not having a positive effect given the fragility of the economic situation.

"[Erdogan's words] increase turbulence over the currency exchange rate in a shaky market environment, thus reducing the predictability of future developments," he wrote.

For HSBC Bank Turkey treasury director Fatih Keresteci, domestic debates as well as the FED's possible decision to raise interest rates in the near future have much more limited control of the Central Bank regarding the value of TL.

On 18 March the FED will convene and is expected to announce a decision on its interest rate policy. No matter what the outcome is, Sidar argues that it would be wrong to expect an economic crisis similar to the one in 2001. "The parameters are different. In previous economic crises, Turkey had a huge public debt, but this time the public debt is manageable, while the private debt has become huge."

"The data sincer 2013 shows signs of economic depression in Turkey. In the last year alone, the unsustainable economic policies of AKP, [pursued] for political reasons, resulted in serious macroeconomic structural problems in Turkey." 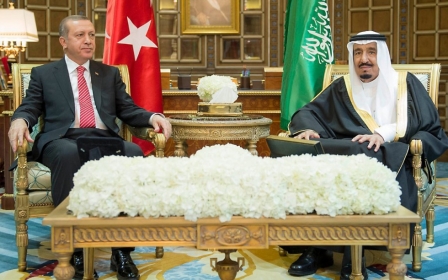