Khan Sheikhun was a blow to Russia's position in Syria, but analysts say the president is now back in the driving seat to secure a ceasefire Military spokesman Sergei Rudskoi at a briefing on Syrian 'safe zones', in Moscow on 5 May (AFP)
By
Olivia Alabaster

Russia's plan for Syrian "safe zones" shows that President Vladimir Putin is increasingly keen to wind down the conflict and that his search for international prestige boosts the plan's potential, analysts have told Middle East Eye.

The deal, signed between Russia, Iran and Turkey in the Kazakh capital of Astana on Thursday, came into effect on Friday at midnight, but clashes have already broken out between the government and rebels.

The Russians want the war in Syria to end, and on their terms, and they want to be perceived as a successful peace broker

Rebels in Syria have rejected the deal. The official opposition has said it "lacks the minimum elements of legitimacy" and cautioned that Iran should have no role in enforcing the deal.

The US also responded to news of the deal with extreme caution and also expressed doubt over Iran's role as guarantor.

Even so, some see signs for optimism.

"We're further forward than we have been for a long time," said Hamish de Bretton-Gordon, a former chemical weapons expert for the British army and founder of Doctors Under Fire.

"The key thing is grounding Assad's air force. That is fundamental, as it's the air force that is attacking hospitals and schools," he said.

The first zone in the deal includes Idlib in the northwest, plus neighbouring Latakia, Hama and Aleppo.

The other three zones are the north of Homs province; the Eastern Ghouta area, a rebel stronghold outside Damascus; and the south of the country, in particular Daraa and Quneitra province.

De Bretton-Gordon warned that it was imperative that there were troops on the ground to enforce the deal, ideally under a UN mandate.

There has been, he said, "a strong acknowledgement from Putin that the US and UN have a role to play, and that's what I hope to see next, as without them I don't see much progression".

The Russian plan states "third parties might be deployed," leaving that option open.

De Bretton-Gordon said Putin "likes these grand strategic gestures, and after his first foray into Syria, after the rest of us had failed, he felt emboldened".

For Hanna Notte, an expert on Russian foreign policy in the Middle East, this prestige aspect is absolutely key to the deal's timing and chances at success.

Towards the end of 2016, Russia was riding high, its support to the regime having proved crucial in reclaiming the whole of Aleppo city, coupled with a power vacuum in the US during the presidential transition period.

A ceasefire deal brokered between Moscow and Ankara came into effect on the last day of the year and, Notte told MEE, despite multiple ceasefire violations, "we saw Russia firmly in the driving seat".

And then, on 4 April, a chemical attack in Khan Sheikhun, which killed at least 87 civilians, violated a 2013 US-Russian agreement to rid Syria of its chemical weapons stockpiles.

'We want anyone to get that bastard': Assad escalates air war after gas attack
Read More »

For Moscow, Notte said:"This was a very unwelcome surprise. Everything was going in Russia's favour, there was hope for some sort of deal with [US President Donald] Trump."

After the US retaliated two days later with a cruise missile attack on a Syrian government airbase with cruise missiles, "Russia was very keen to return to a process where it was leading".

Notte said that while Russia and the Syrian government maintain that the chemical attack was a fabrication, it "cast Russia as having lost control".

"If you think Assad did it himself, or someone in his outer circle, or even the opposition, whichever way you spin it, it looks like an embarrassment to Russia," she said.

"And it undermines the 2013 deal, which Russia had been proud of."

Notte said that essential to any understanding of Russian foreign policy is "this element of status and prestige, as being perceived as a great power, on an equal level with the US".

Russia's foreign minister, Sergei Lavrov, discussed the Astana deal on Friday night with his US counterpart, Rex Tillerson, and the two are due to meet next week in Alaska.

Back in the driving seat

"The [US] secretary looks forward to further meetings with the foreign minister to discuss the respective roles of the United States and Russia in de-escalating the conflict and supporting the talks in Geneva to move the political solution forward," US State Department spokeswoman Heather Nauert said.

Notte concluded that Russia was "back in the game".

Now, she said, Moscow was very keen for the Astana deal to bolster parallel political talks at Geneva, which are due to resume later this month and which the US is directly involved in.

"The Russians do want the war in Syria to end, and on their terms, and they want to be perceived as a successful peace broker," she said.

The aspect of enforceability leaves a lot of questions, Notte said, but "I do think Russia wants it to work, there is a genuine desire there". 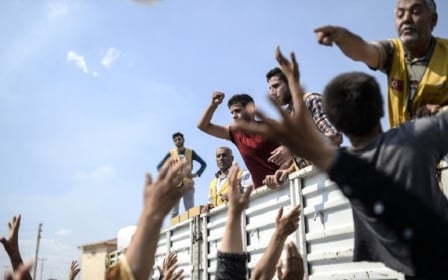