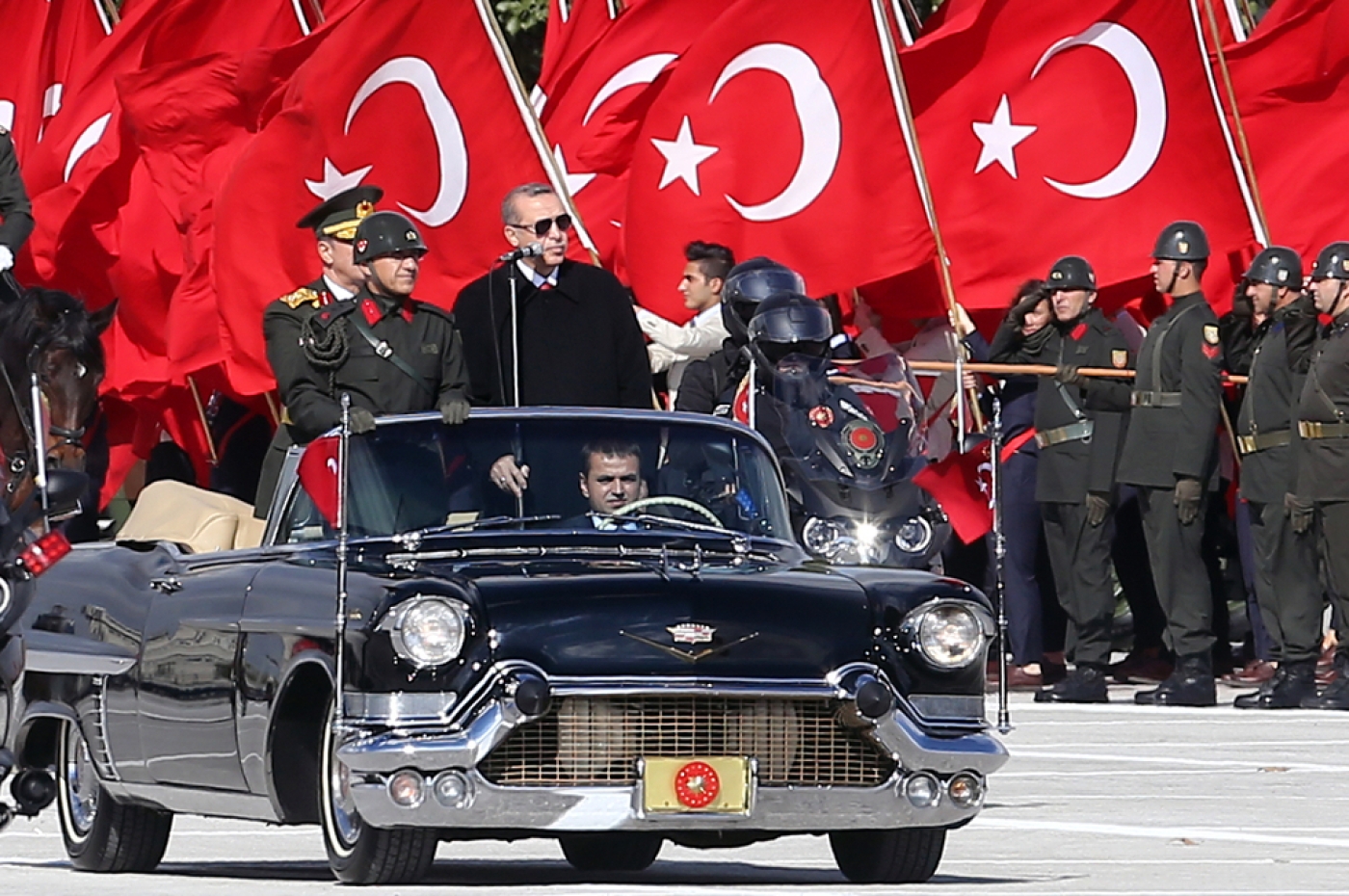 ISTANBUL, Turkey - Following its astounding success in Turkey’s polls, the Justice and Development Party (AKP) has announced its priority now is to change the constitution. The AKP’s main aim is a switch to a system that includes a presidency with executive powers. But it is precisely due to this that its attempts are likely to be met with fierce resistance.

Hours after securing nearly 50 percent of votes in the 1 November election, Prime Minister Ahmet Davutoglu called on all parties to come together and agree on a new constitution during his victory speech.

“I'm calling on all parties entering parliament to form a new civilian national constitution. It is obvious that the current system does not meet Turkey's needs. This shirt is too tight for this country,” Davutoglu told jubilant supporters.

While all political parties agree on the need for a new civilian constitution, previous attempts in parliament to draw one up following the 2011 elections failed over fundamental differences. Turkey’s current constitution came into force in 1982 and was drafted by the 1980 military coup-appointed leaders.

The role of president is currently a largely ceremonial one. However, President Recep Tayyip Erdogan has effectively been able to run the affairs of the country given that the party he helped cofound has been in power since he was elected president in 2014.

Despite its comeback, the AKP still lacks the required number of parliamentarians needed to unilaterally change the constitution or even put such proposed changes to a referendum.

Mustafa Sentop, deputy chairman of the AKP and a jurist, believes a presidential system is vital for ensuring political stability and that the electorate has backed such a push by handing the party 50 percent of votes.

“A presidential system will prevent periods of political uncertainty like those witnessed after the June elections. It is the best way forward for Turkey,” Sentop told Middle East Eye. “Our desire for such a system has never been a secret and the results of this election show that we have public backing for such a move.”

Critics, on the other hand, disagree with this sentiment and say the AKP’s relatively poor performance - compared to its own high benchmark - in the June elections was in part due to the fact that it pushed a shift to a presidential system to the top of the agenda.

Gursel Tekin, general secretary of the Republican People’s Party (CHP), told reporters on 3 November that there is no public support for a shift to a presidential system even among the AKP supporter base and his party would not back such a push in any way.

“We are all in if they want to create a legal system and new constitution based on Western standards. But they shouldn’t even bother to knock at our door if they are going to poison it by mentioning a presidential system,” said Tekin.

Sahin Mengu, a former CHP member on parliament’s constitution commission, which was set up after the 2011 elections, says none of the parties even came close to agreement back then and there is no chance of any success this time around either.

“First of all this government will not have the mandate to change the constitution from a legal standpoint. The most it can do is make a few amendments here and there. It doesn’t even have the numbers to do that on its own,” Mengu told MEE. “If the first four articles of the constitution are touched, it is the end of Turkey as we know it.”

The first four articles of Turkey’s constitution basically state that it is a social democratic secular republic founded on the principles of Mustafa Kemal Ataturk with Turkish as its official language.

Opposition to system or person?

In Sentop’s view, the AKP has never had any intention of attempting to change the first four articles and says any such insinuation is only meant to create impediments for a shift to a presidential system where opposition parties in their current shape will stand no chance of ever coming to power.

“The opposition parties want to cling on to a parliamentary system because they believe it is the only way they stand a chance of coming to power. They would never be able to muster the number of votes required to come to power in a presidential system,” said Sentop.

“They are targeting a personality, not a system of governance. Whereas in fact an executive presidency was even sought by former presidents Suleyman Demirel and Turgut Ozal simply because it is a more effective system,” said Sentop.

Mengu, however, believes executive presidential systems have only proved successful in the United States and France to a certain degree and is not a system that would work in Turkey.

“Even Ataturk, the most charismatic leader this country ever had, never considered adopting such a system and opted for a parliamentary system. A presidential system just wouldn’t work in Turkey,” said Mengu.

There is a school of thought which believes the pro-Kurdish Peoples’ Democratic Party (HDP) might prove to be a surprise ally of the AKP as it seeks to implement a presidential system. Although the HDP had based a large part of its election campaign on its promise to prevent Erdogan from attaining an executive presidency, the lure of constitutionally guaranteeing certain rights for the country’s Kurdish citizens could push it to compromise.

Issues such as the increased devolution of centralised powers in some areas and the constitutional guarantee of basic cultural rights such as the right to public education in Kurdish could tempt the HDP to consider cooperating with the AKP.

“All [governance] models can be debated including a presidential one. However, a restrictive structure based on a single person is not possible. This is not what society needs,” Turkish newspaper Cumhuriyet quoted HDP spokesperson Ayhan Bilgen as saying on 3 November.

There is growing belief that the AKP, secure in its strength after such a decisive election victory, will offer an olive branch to its political rivals in order to make progress in its attempt to introduce a new constitution.

Mengu believes attempts to change the constitution are bound to fail in the current climate where tensions in society are very high.

According to Sentop, the process of drawing up a new constitution is not something that can be done in a single session and is rather a long-term project where the strategy of the AKP will be decided on the basis of developments.

“We have been very open about our belief that a presidential system is best for the country. Our wish is for this debate to proceed in a clear and open manner. It is not a question of short-term positions,” said Sentop.