ANALYSIS: Turkey remains at odds with EU over refugee crisis

As Turkish president pushes for a 'safe zone' for civilians in northern Syria, the EU wants Turkey to tighten control of its borders with Europe Turkish President Recep Tayyip Erdogan meets EU leaders on Monday but they will find it hard to bridge gaps on the migrant crisis and the Syrian war that has produced so many of the refugees they must both deal with, analysts say.

Russian air strikes in Syria have upped the ante in a conflict which has destabilised a region in which Ankara plays a pivotal role, with Turkey taking around two million refugees from Syria.

Erdogan faces crunch elections on 1 November, and analysts say he will want some solid signs of progress to take home without giving ground in his campaign against Kurdish militants.

For the European Union, the focus will be on getting Turkey to do more to halt the flow of migrants making the dangerous crossing to Greece, with more than 500,000 having made it to Europe's shores this year.

Against this complex backdrop, analysts say Erdogan and his hosts, EU President Donald Tusk and European Commission head Jean-Claude Juncker, will be looking to strike a delicate balance between two sides who have little option but to work together.

"In this massive exodus, driven by the Syrian conflict and now added to by the Russian military intervention which makes people feel things can only get worse, Turkey and the EU are in the same boat," said Marc Pierini of the Carnegie Europe think-tank in Brussels.

Monday's talks will be yet another attempt to "reset" ties between Brussels.

Harsh words have been spoken recently, with Erdogan accusing the EU of turning the Mediterranean into a "cemetery" after global outrage erupted over pictures of Aylan Kurdi, a drowned Syrian toddler whose body was washed up on a Turkish beach.

The Turkish leader took a softer tone this week, telling parliament he wanted to open a "new page" and saying Ankara still wanted to join the European Union despite Brussels effectively closing the doors to all newcomers until 2020.

"We are carrying on with our efforts for full membership of the EU as we struggle to find solutions to the problems we are facing in our region," Erdogan told parliament on Thursday.

One answer to the migrant crisis is more aid for Turkey, and EU leaders agreed at an emergency migrant summit last week to offer just that to Ankara as well as other countries in the region.

But the EU believes Ankara could do more to tackle people smugglers in Turkey.

It also wants to set up "hotspots" for registering asylum seekers on Turkish soil, but Prime Minister Ahmet Davutoglu recently ruled that out, describing the EU suggestion as "inhumane".

However Erdogan, who last visited Brussels in 2014, is looking for new ways of tackling the problem.

"Erdogan wants some new agreement on assistance for the refugees, something new and special, not something coming out of existing aid for Turkey," said Ian Lesser, director of the German Marshall Fund think-tank in Brussels.

The Turkish president in particular pushed hard during a recent visit by Tusk on plans for a "safe zone" for civilians in northern Syria.

In Brussels the suspicion is that this is less about people fleeing for their lives and more about Turkey's political strategy in the region, particularly its campaign against the outlawed Kurdistan Workers' Party (PKK).

While the EU deems the PKK a terrorist organisation, it was disappointed to see Erdogan focus his attention on the Kurdish militants more than on the Islamic State (IS) group.

Turkey launched air strikes on PKK and IS targets after a bloody bomb attack near the Syrian border in July.

After the bomb attack, which was blamed on IS, the PKK resumed militant attacks inside Turkey.

That torpedoed a 2013 truce between Turkey and the Kurds that the EU would like to see restored.

Turkey had been calling for the establishment of a safe zone in Syria long before the resumption of Kurdish militancy, but Ankara had recently been more vocal for the plan. 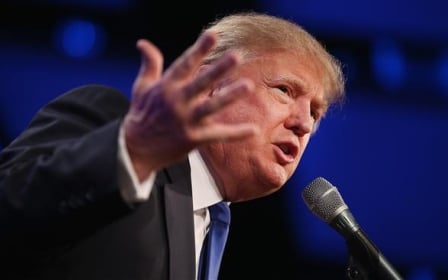