A disparate band of nationalist, pro-Russia, pro-China and anti-NATO groups are banding together to turn Turkey away from the West 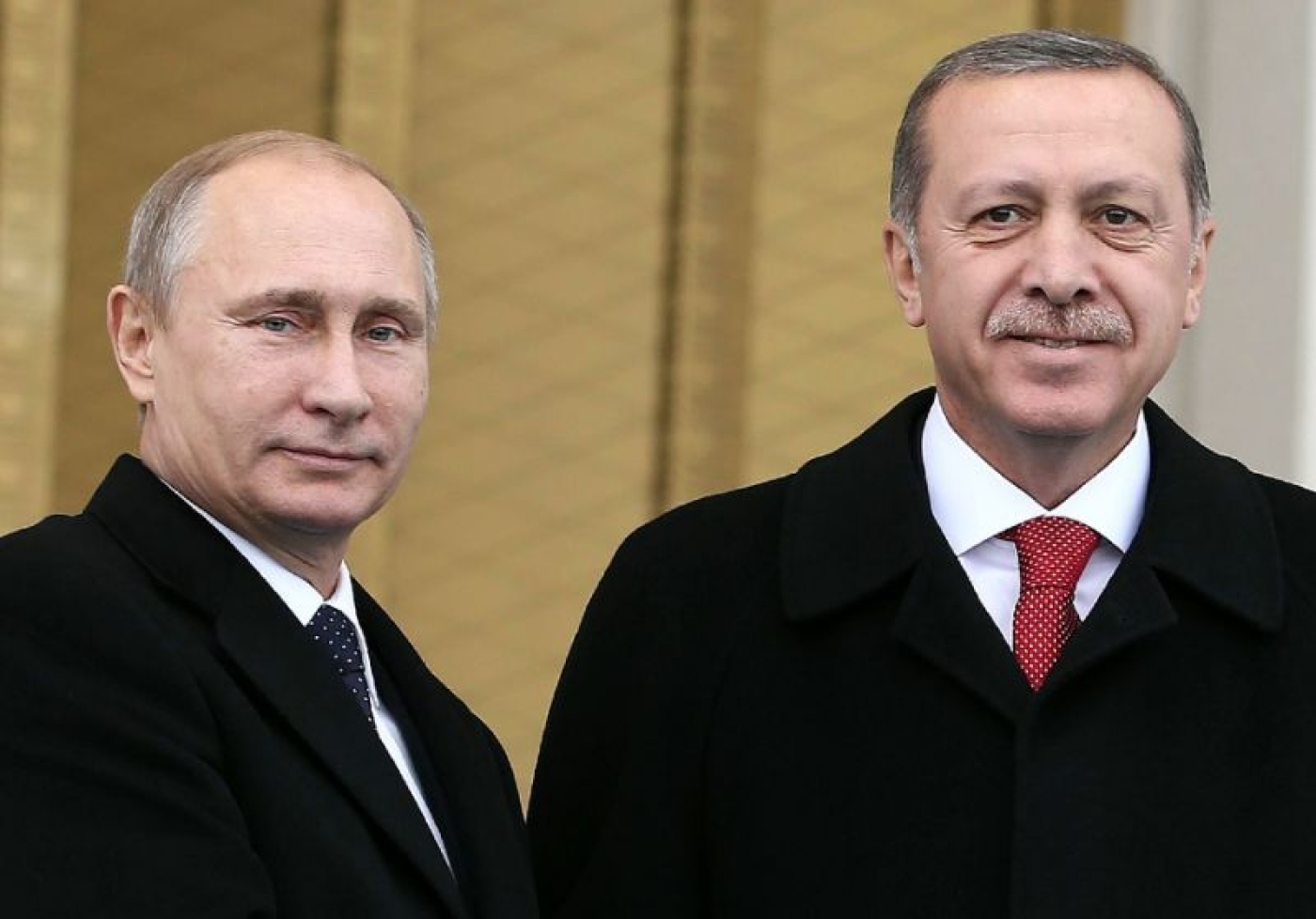 ISTANBUL, Turkey - Turkey’s troubled relationship with its Western allies has continued its downward slide and even extended to what was once considered its untouchable military alliance. In Turkey, the focus is now on the "Eurasianists" and what role they played in the collapse of a relationship that has perhaps most effectively bridged East and West.

A crisis between NATO and Turkey was sparked last week after modern Turkey’s founder, Mustafa Kemal Ataturk, and its current president were depicted as enemies during a training simulation in Norway, fuelling anxiety that a complete break from the West, specifically the United States, was becoming inevitable.

Profuse and plentiful apologies by NATO and Norway were rebuffed by Turkish leaders who demanded more. It was much later that Turkish leaders offered assurances that the country had no intention of discontinuing its alliance in NATO, regardless of the slight.

Tensions between Ankara and Washington are at an all-time high over multiple issues. Relations with Europe, Germany especially, are strained as well.

All this combined with the blossoming relationship with Moscow suggested a Eurasianist influence, which has been perceived as being on the rise since last July’s failed coup attempt.

The influence of Eurasianists on Turkish policy is difficult to estimate clearly since the ideologies that define them are varied, and their political party preferences are spread across the spectrum.

Turkey’s Eurasianists often follow various blends of ideologies in different proportions. These include secular Kemalism (values advocated by Ataturk and which includes an element of Western orientation), nationalism, and a mix of nationalist-leftism (including complete belief in the Russian and Chinese models, past and present).

Also making it difficult to assess Eurasianist influence is the fact that the pro-NATO versus pro-Eurasia struggle - to whatever degree it existed - was largely within the ranks of Turkey’s powerful military. It only entered public discourse in the 2000s.

In March 2002, during a speech at the military’s War Academy, author and journalist Erol Manisali, suggested Turkey should also consider strengthening ties with Russia and Asia to balance relations with the West. This remark was endorsed by Tuncer Kilinc, then general secretary of Turkey’s national security council

Both were savaged in Western and Turkish media for allegedly promoting Turkey’s split from the West because of their remarks.

Manisali told Middle East Eye that there are two types of Eurasianists in Turkey.

“The first are those, like myself, who say Turkey should have a balanced relationship between East and West. We do not want to cut ties with the West and believe in Ataturk’s vision of facing West,” said Manisali.

“The other type wants Turkey to have nothing to do with the West and join the Shanghai Cooperation Council instead. They essentially want to make Turkey take a position similar to that of Iran vis-a-vis the West.”

Regardless of type, it was the Eurasianists who were widely targeted and imprisoned in campaigns during the late 2000s for allegedly plotting the overthrow of the government. The most prominent was the jailing of 275 people, including military officers, journalists and opposition politicians for membership of "Ergenekon", a secularist clandestine organisation.

The Ergenekon and other similar cases were instigated in 2007 by the Gulen movement and the ruling Justice and Development Party (AKP) government when they were close allies.

Ergenekon and most of the other related cases were later thrown out by an appeals court in 2014, after the Gulen-AKP alliance started falling apart, for containing fabricated evidence and no proof.

The Gulen movement consists of followers and supports of Fethullah Gulen, a US-based Turkish Muslim preacher. Authorities accuse Gulen and his followers of orchestrating last July’s coup attempt as well.

Before the attempted coup, Ankara had started seeking ways to repair ties with Moscow that experienced one of its lowest ebbs in recent memory after Turkey shot down a Russian jet near it border with Syria on 24 November 2015.

Russia’s swift condemnation of the attempted coup and Western, specifically US, delay in condemning the putsch created the platform for swift reconciliation between Ankara and Moscow.

Dogu Perincek, the leader of a small faction of hard-line Eurasianists who want Turkey to completely sever ties with the West, was quick to claim credit for facilitating the rapprochement with Moscow.

There was little he offered in the form of proof, and there was no acknowledgement from Ankara or Moscow about any role he might have played.

It was Ibrahim Kalin, President Recep Tayyip Erdogan's spokesman and foreign policy eminence grise, who negotiated with the Russians in meetings facilitated through mediation by the Azerbaijanis and Kazakhstan’s Nursultan Nazarbayev.

According to Manisali, Turkey’s current problems with the West and gravitation towards Russia has nothing to do with Eurasianists of any kind, but is the result of the US’ siding with one of the camps in Turkey’s political Islam sphere.

“Once it became clear that the US was siding with FETO (Fetullahist Terrorist Organisation] the AKP started to look at improving its relations with Russia at any cost,” said Manisali. “The final proof for the AKP of US siding with Gulen came during the coup attempt of 15 July and that accelerated the desire for a stronger relationship with the Russians.”

Manisali said that does not mean that the AKP will not try to portray it as cooperation with Eurasianists because it is always looking for partners to promote its line.

Erdogan, a seasoned and pragmatist politician, has throughout his career aligned with and discarded political partners, some at complete odds with his worldview. This has also allowed him to shift the blame for any failure on those parties.

He has aligned with and subsequently discarded liberals, Gulenists, nationalists at various stages since 2002. Now it appears a faction of Eurasianists are his partners of choice.

Manisali admits the AKP’s current position resembles that of some Eurasianists but says there is a marked and vital difference.

“Eurasianists believe in what they say. The AKP is only doing this as retribution against the US for its backing of Gulen. Therefore it is bound to end in failure,” he said.

Huseyin Bagci, a professor of international relations at Ankara’s Middle East Technical University, told MEE that anyone hoping for Turkey to end its relationship with NATO and the West was in for a disappointment.

“Turkey will never end its alliance with NATO. It is not an easy decision to make and not one to be made over a single incident. Even this period of burgeoning ties with Russia is temporary,” said Bagci. “Eurasianists or anyone else hoping otherwise will be left disappointed.”

Allegiant pro-government media wasted no time in mobilising and increasing its verbal attacks on the United States and NATO, calling for Turkey to quit cooperating with the West.

This time they were joined by some hard-line Eurasianists, some of whom even spewed abuse at anyone even considering saying it was worth considering the merits of remaining in NATO.

Some observers have asked about the possibility of Russian misinformation spread via traditional and social media just like it is accused of doing in the United States.

Bagci said he didn’t have facts to be able to prove such a thing but would not rule out the possibility. He even suggested the possibility of such Russian misinformation in the West targeting Turkey as more likely.

“There is already deep disdain for President Erdogan in the West. There is a larger possibility to manipulate and exploit that disdain and create more hatred,” said Bagci.

While hard-line Eurasianists revel in the current climate where Turkey’s ties with the West are strained and relations with Moscow making great forward strides, there is no guarantee that they aren’t just a gambit rather than the new policy makers. 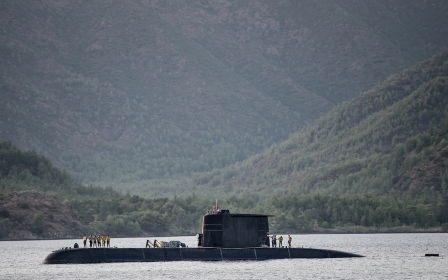